ASD is pleased to announce that for the third time in five years, our company has been chosen as a finalist for the NFDA Innovation Award. This prestigious award is given annually to a funeral service vendor whose product or service was introduced during the previous year and represents creativity, innovation and excellence. To receive this year’s nomination is especially meaningful for us here at ASD because we were recognized for our Suicide Telephone Operator Patch System (STOP), a feature that was invented by ASD solely to help those in crisis.


When someone is feeling hopeless or alone, there is no telling who they might reach out to and, in some cases, they contact a funeral home. ASD created the STOP System to give our staff a way to seamlessly connect a caller with a suicide prevention hotline, ensuring these individuals receive the immediate counseling, guidance and support they need. While ASD Call Specialists are trained extensively on how to handle difficult calls, in the past operators have been deeply affected and troubled by conversations they have had with those who stated they were contemplating suicide. This led ASD’s Tech Team to invent a telecommunication tool that would support its staff, give directors added peace of mind and, most importantly, help those in distress receive the help they need.

ASD clients are not charged any fee for this extra layer of support from ASD because the system was designed solely to help those who are suffering. It is a rarity for a company to invest a great deal of time and resources into a new technology without any plans to make it profitable. However, we feel that if this feature saves even one life, it will be worth all efforts it took to create it. 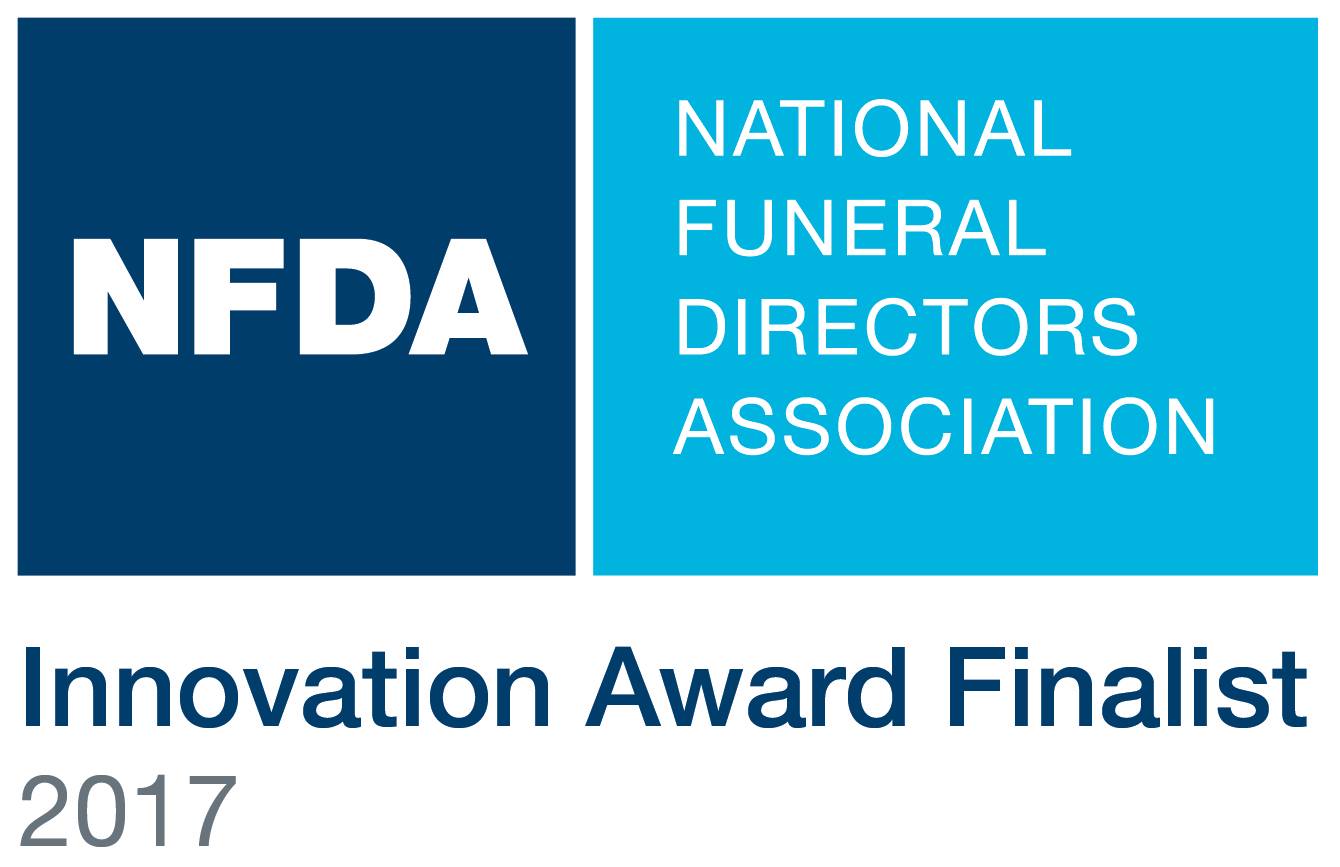 A distinguished panel of NFDA judges selected ASD’s STOP Suicide System as one of the five finalists for the 2017 Innovation award. The winner will be announced during the Opening General Session of the 2017 NFDA International Convention & Expo in October after the funeral service community has an opportunity to cast their votes online

Your can help ASD win the 2017 Innovation Award. Online voting runs from now until August 31st. (Please note: voting is open to NFDA Members Only)

ASD’s STOP System was designed to ensure callers never have to wait to receive support. Call Specialists can press an emergency button on their keyboard to immediately alert a Suicide Hotline when they are speaking to someone in crisis. The call can be made without the ASD Call Specialist interrupting the caller or placing them on hold. The hotline operator will hear a recording alerting them that a distressed and possibly suicidal person is on the line speaking to ASD. This alert will instruct the hotline operator to press any key to be 3-way connected into the call.

After implementing this system, an ASD Call Specialist handled a call from a gentleman who made it clear he was planning to take his own life. The Call Specialist was able use the system to alert the Suicide Hotline while continuing to speak to the caller until the hotline operator successfully connected into the call in progress. The gentleman was able to get the help he needed without delay.

“We are humbled to be recognized by the NFDA with our third Innovation Award nomination and for an opportunity to raise awareness about suicide prevention. It is an unfortunate fact that more than 100 suicides occur every day in the United States, and between 50 and 75 percent of people who attempt suicide talk about their thoughts and feelings before the act,” says ASD Vice President, Kevin Czachor. “The STOP System was created by ASD with a specific purpose of helping those who are at risk of taking their own life. By linking ASD staff to qualified, suicide prevention operators, we can help ensure that those who are suffering receive immediate counseling, guidance and support.” 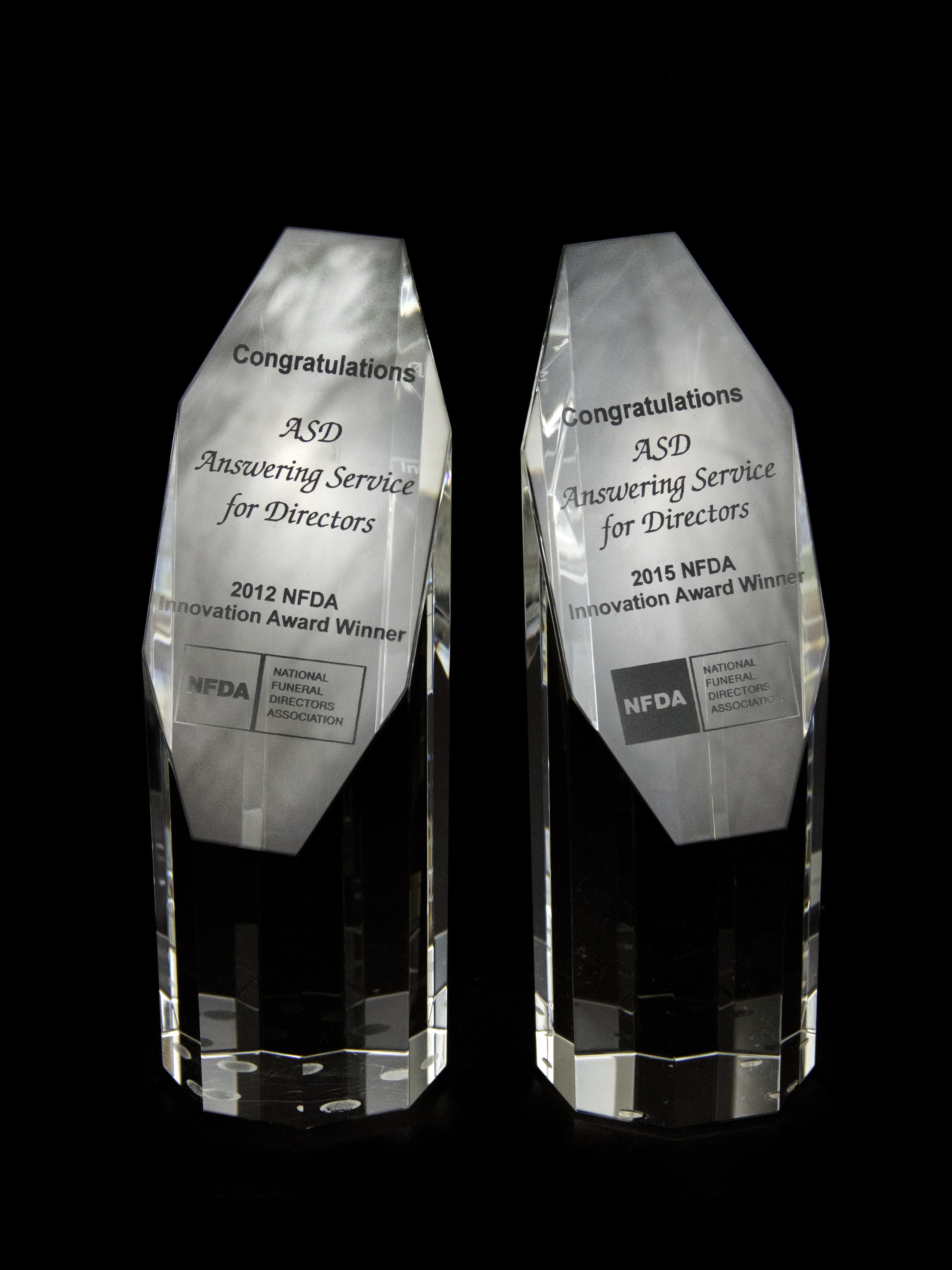 ASD was honored to receive the NFDA Innovation Award both in 2012 and in 2015 for our ASD Mobile and MobileFH® features, respectively. To date, ASD Mobile is the most downloaded and highest rated mobile app created for funeral directors. MobileFH™ was recently issued an official patent and has become one of the most popular mobile tools available to the funeral profession, with more than 14,000 MobileFH® calls per month.

We believe the NFDA Innovation Award represents the pinnacle of achievement for a funeral service vendor. By encouraging innovation within our industry, this award inspires companies within the funeral profession to seek out new ideas, technologies, and processes to make a positive impact on funeral directors and the families they serve. We are grateful to the NFDA for giving us the opportunity to rise to this challenge and brainstorm ways we can contribute to progress within the funeral profession.