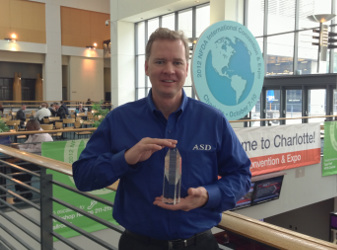 On Monday, October 8, ASD – Answering Service for Directors was named the winner of the NFDA's 2012 Innovation Award. ASD was recognized for our game-changing Smart Phone application, ASD Mobile, which has revolutionized communication for thousands of funeral homes nationwide. We are honored to receive this award from the world's leading funeral service association.

Established in 2009, the NFDA Innovation Award is given annually to a funeral service vendor whose product or service was introduced during the previous year and represents creativity, innovation and excellence. A distinguished panel of judges selected ASD Mobile as one of the five finalists for the award. After the 2012 finalists were selected, the funeral service community had several months to vote on the product or service they felt deserved the award.

ASD Family-Member Owner Kevin Czachor was on stage yesterday to accept the prestigious award at the Opening General Session of the NFDA International Convention & Expo. Within minutes of the announcement, ASD's social sites began to fill up with comments from funeral professionals showing their support and appreciation for the app.

More than one quarter of ASD's clients rely on the ASD Mobile app to manage their ASD account and monitor critical calls while on-the-go. The app has received over 50 Five-Star Reviews on the Apple iTunes Store since it was introduced less than 10 months ago—exceeding all other mobile apps created for the funeral profession. Many of the reviews posted by directors describe how the app has transformed the way their funeral home conducts business. Owners and part-time staff alike rely on the app to send and receive information. In addition to the number of current users, ASD Mobile 2 is growing rapidly, with an average of 20 downloads per day.

“The ASD Mobile app is truly amazing. It functions on so many levels and and lets clients have complete control in an instant,” wrote Rebecca Lautenslager, Director of Shaughnessey Banks Funeral Home in Fairfield, CT, in a recent review. “I'm not typically impressed with apps but this one really does make the life of a funeral director easier and more manageable.”

ASD is honored that the NFDA judging panel and funeral service community recognized the value and efficiency that its app delivers. We will continue to seek innovative mobile solutions for the profession and have plans for an imminent release of ASD Mobile for Android. Currently, over 100 Beta Testers are helping us to refine our Android app before it is released to the Google Play Store.

To all of our clients and friends that voted for ASD Mobile to win the 2012 NFDA Innovation Award, posted a comment on our page to show your support or stopped by our booth to congratulate us: we dedicate this trophy to you! Thank you for helping ASD Mobile become an AWARD-WINNING app! 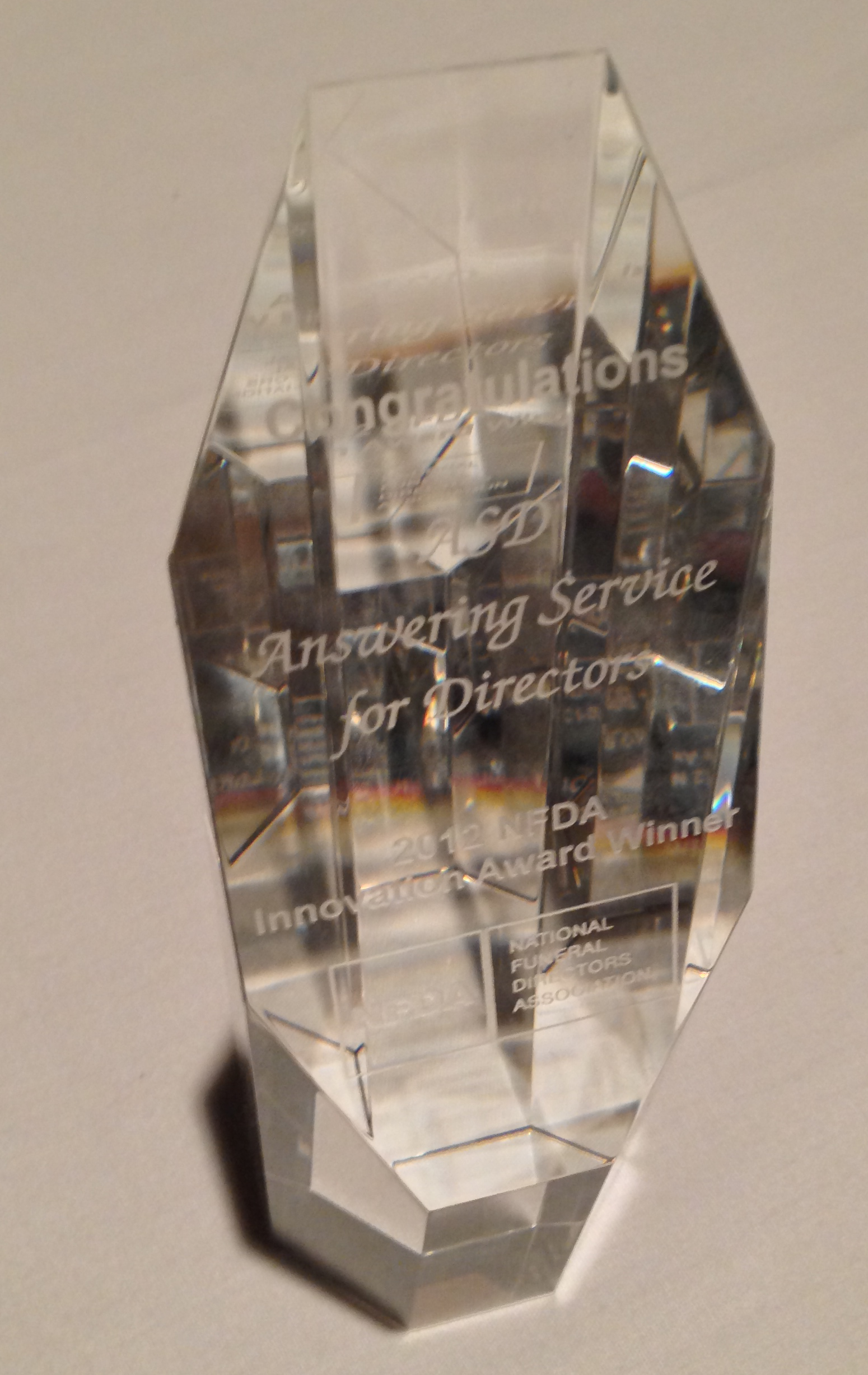 Tags: News for the Funeral Profession, About ASD
Category: