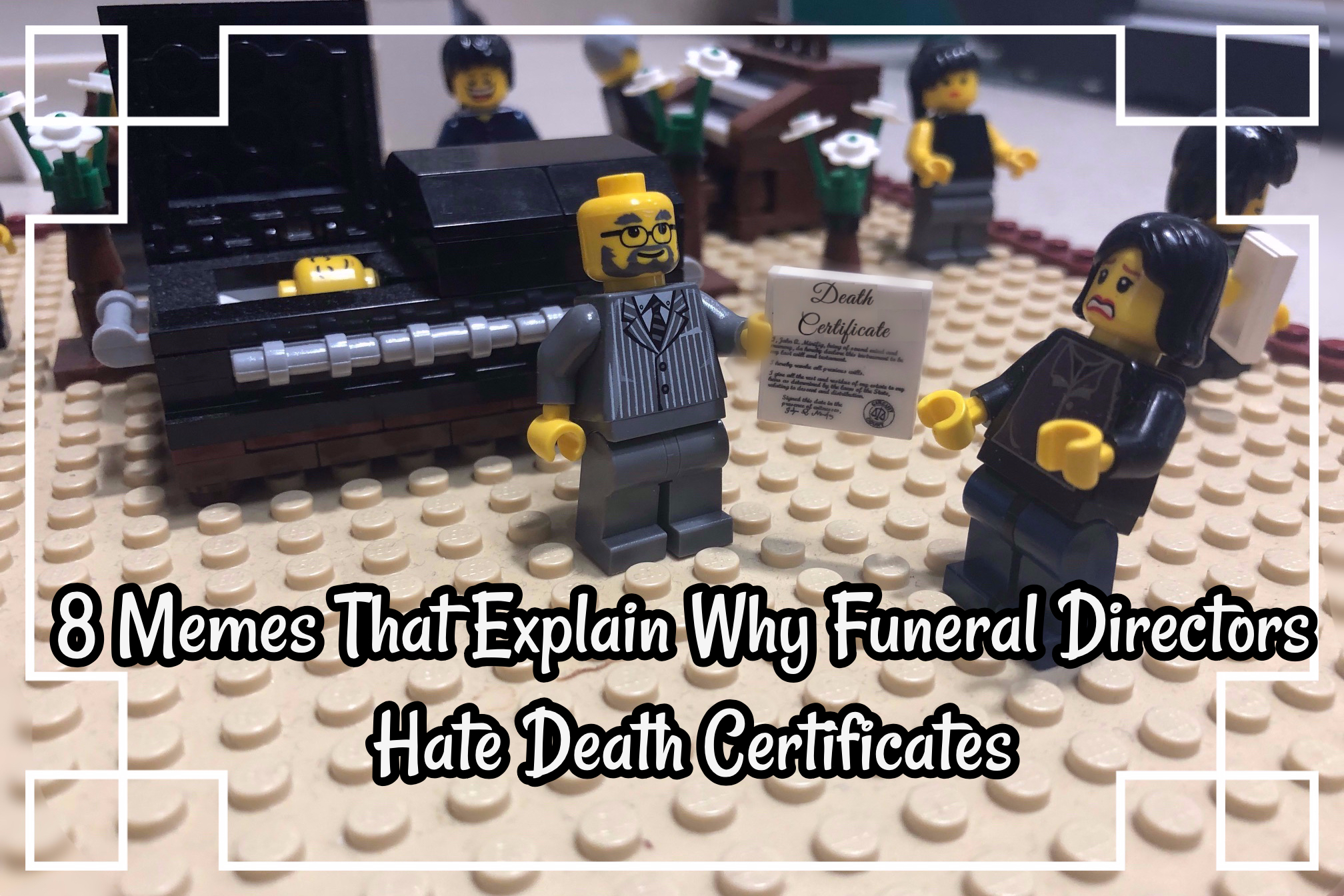 Death certificates and death paperwork are a necessary evil for those that work in the funeral profession. Ask any funeral directors what their least favorite aspect of working in the deathcare profession is and nine times out of ten they will answer, “death certificates” or “filling out paperwork.” And while the vast majority of states have implemented an Electronics Death Record System (EDRS), according to the Office of the Inspector General’s Audit report, 7 states still have not and many states are not reporting all of their deaths through EDR. Even today, there remain a handful of funeral directors out there that are still forced to use typewriters to fill out death certificates. 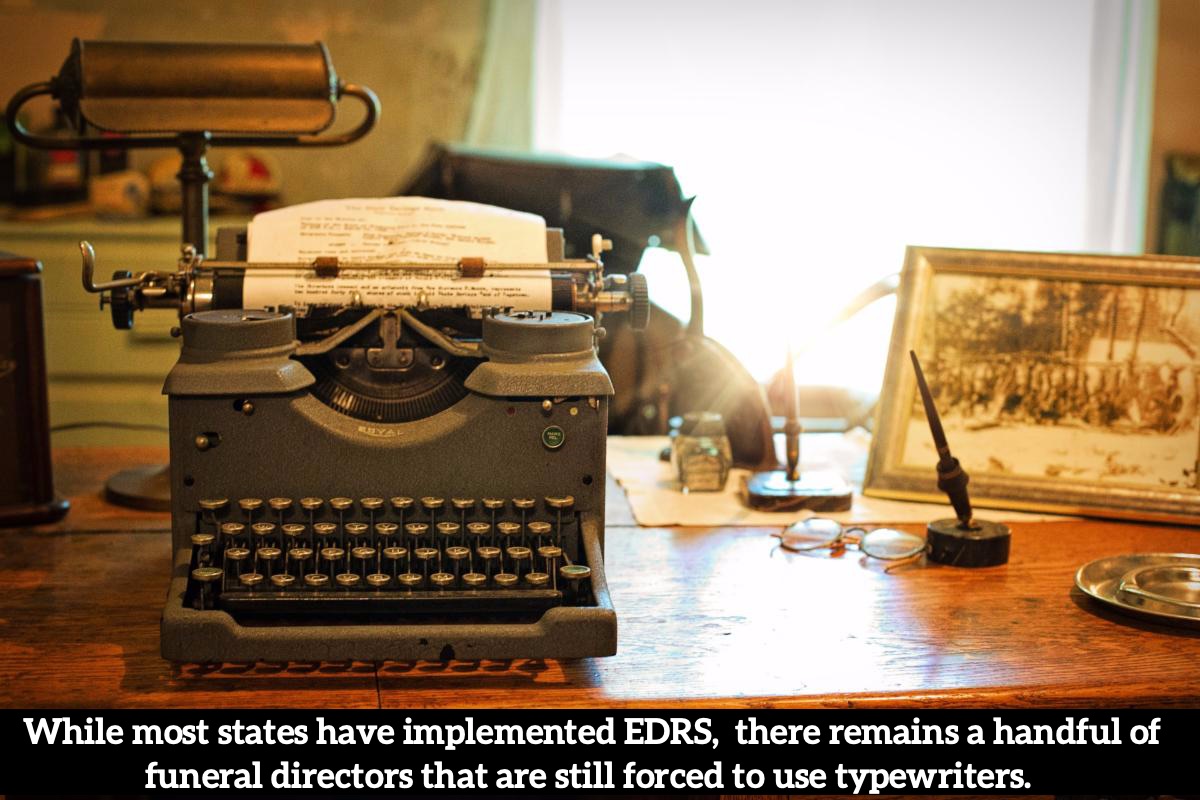 Of course, it’s not just the tediousness of the data entry that makes funeral directors cringe when they hear the words ‘death certificate.’ There are a number of reasons why the process of obtaining death certificates for a family might be stalled. Whether it’s due to a doctor causing delays by failing to sign, issues with a new state filing system or extended processing times due to government offices being stretched too thin, these impediments are completely outside of the control of a funeral director. Yet, many funeral professionals feel compelled to spend hours of their time dealing with these obstacles in an effort to lessen the burden on the family.

The death certificate issues funeral directors must deal with are often exacerbated when families do not heed their advice in regard to how many copies they will need, requiring them to seek out the director’s help on multiple occasions to obtain more. According to ASD’s internal statistics, questions related to death certificates are the #2 most frequent phone calls funeral homes receive (second only to families to calling to arrange or discuss a loved one’s funeral). There is often an urgency attached to these messages, as relatives and attorneys often are seeking out ways to obtain a death certificate immediately to settle an estate. When funeral directors can’t make the impossible possible, they are often on the receiving end of misplaced frustration. 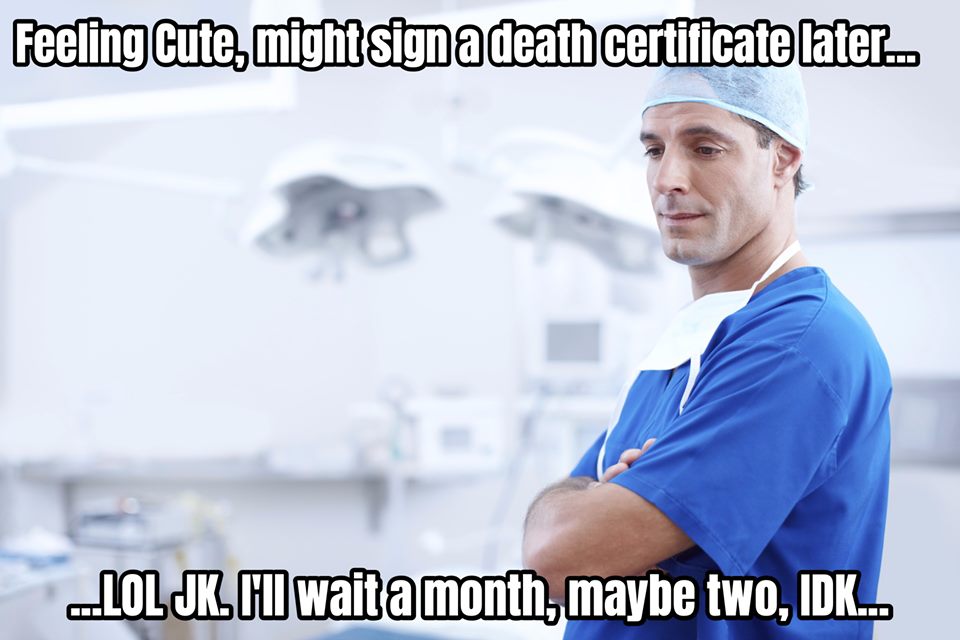 We could hardly believe how many funeral directors commented and shared this post on social media. Our favorite comment: “Maybe I’ll take a vacation first or go out of the country for a month.” 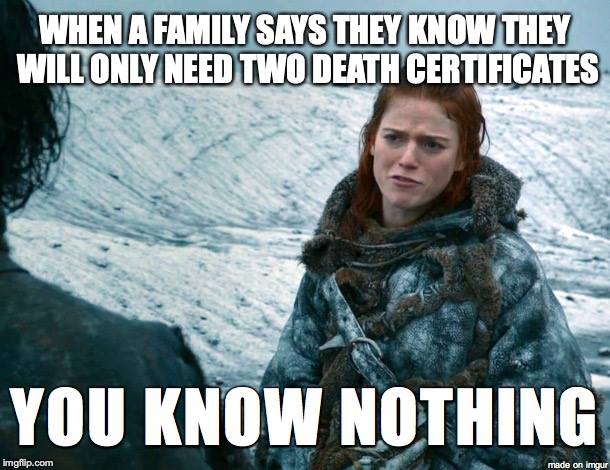 One of our favorite comments left on this meme was from a director who mentioned how families will often say, “I just need one copy because I can just use a copy machine.” – If only it were that simple!

For some, this might seem like a distance dream. For others, it was only a few years ago – or maybe it was just this afternoon! Of course, anyone who has had to use an old typewriter to type a death certificate will forever be scarred by the memories! 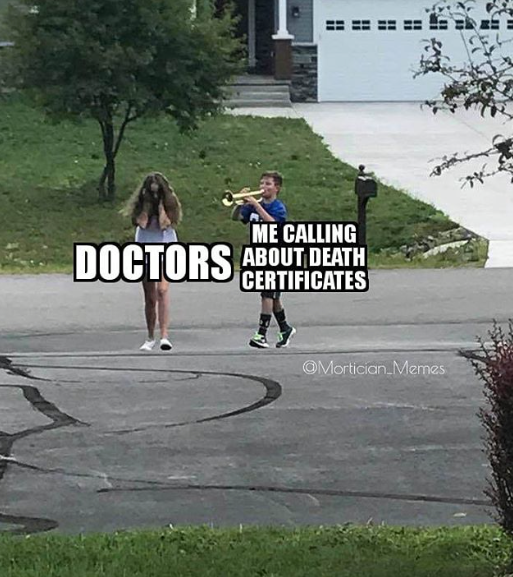 You know, it’s probably not their fault. They probably just don’t have a good answering service like ASD and THAT’S why they keep ignoring the messages (We must credit the hilarious Mortician_Memes Instagram page for this one.)

This GIF comes from a real call handled by one of our Call Specialists. It always baffles us just how many people think death certificates can be ordered like take-out food! 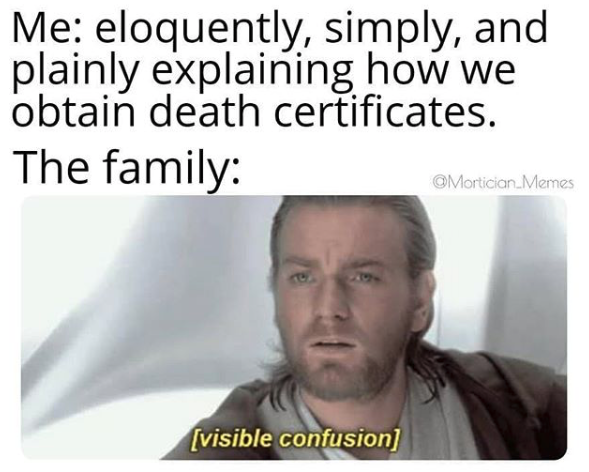 Another funny and super relateable one from the Mortician_Memes Instagram page. Will it ever get any easier to explain the death certificate process to families?

Okay, okay. So we’re not saying that every doctor puts signing death certificates at the bottom of their priority list, but it sure seems like a lot of them do! 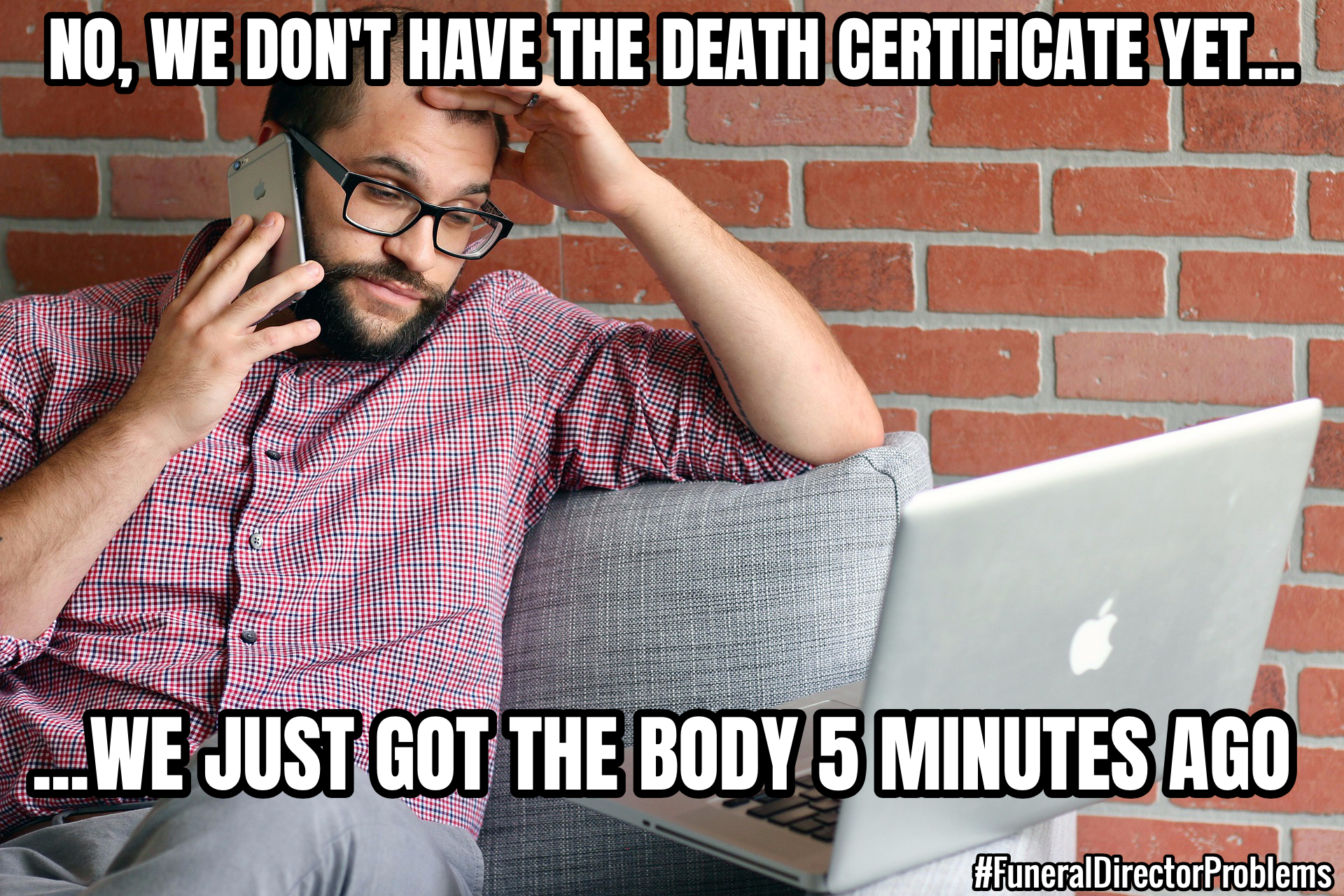 And then they call back in 10 minutes, “how about now?”

We hope you enjoyed this list of death certificate related memes and GIFS. And if you didn’t (I’m looking at you, MDs…) please know that this piece is just meant for satirical humor and is not meant to be taken seriously. Was there a D/C related struggle we might have missed in our round up? Leave us a comment below to share with us!