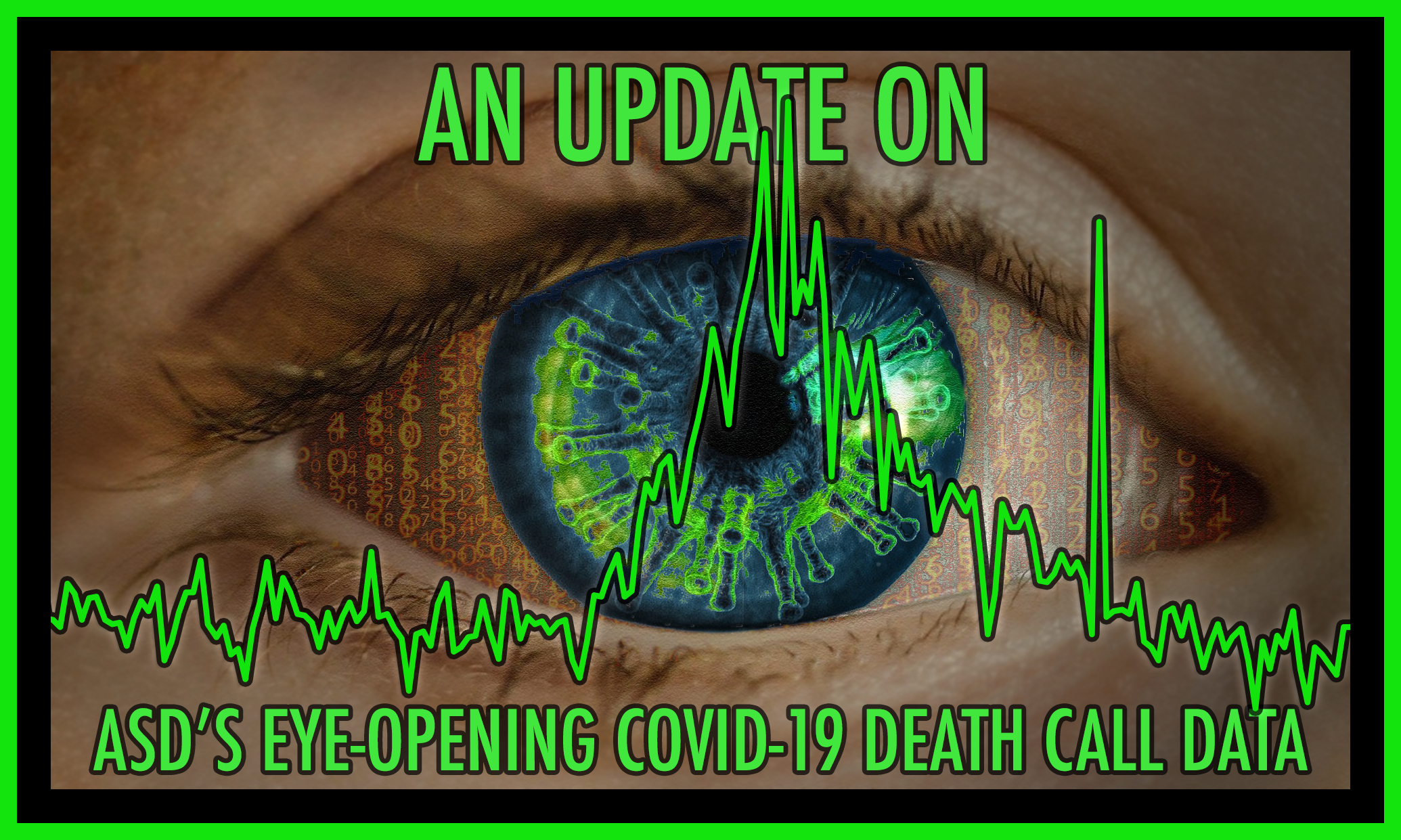 Note: This blog was originally published on August 21, 2020 and is updated periodically with new statistical graphs. Last updated January 21st, 2020 at 9:41 a.m. EST.

In early May, ASD began publishing statistical analysis revealing how the COVID-19 pandemic has affected funeral home death calls over time. As the answering service trusted by 45 percent of the nation’s funeral home homes, we estimate that our data represent approximately 30 percent of all death calls in the United States. ASD’s daily figures gave our company unique insight into how the coronavirus impacted the national fatality rate. We decided to make this information public when we realized our data provided a reassuring picture of how the nation’s death rate was beginning to normalize.

During these strange and changing times, real-time data can show with clarity what might otherwise be obscured. Over the past four months, ASD has continued to assess our latest daily statistics and monitor any increases that might indicate a potential second-wave of virus-rlated deaths. In contrast, our figures reveal that the number of death calls handled on a daily basis has continually decreased since Easter weekend. In the graph below, we compare ASD’s current death call data with pre-coronavirus numbers. (Note: click on graph image below to see an enlarged version).

December 11th Update: We are sad to report that our statistics are showing over the past three days, 21% more people are dying than a normal flu season. We will continue to monitor our statistics and update this page with our latest findings.

December 9th Update: On Tuesday, December 8th, ASD recorded our highest non-holiday spike in death calls since back in May. Our numbers suggest in the last four weeks deaths are roughly 9% higher than the same time last year.

November 17 Update: This data reveals the number of death calls handled on a daily basis returned to ASD’s normal typical range in June and remained there until mid-November Each year, there is always an increase in the number of deaths during the flu season which begins in November. Hopefully, the increases we have recorded this month are not the beginning of the COVID second wave, but instead the nature of the season. For the past three weeks, deaths seem to be about 6% higher than normal.

ASD publishes our death call statistics because we believe our independent data can help to better illuminate how the virus has impacted our national fatality rate as many studies and reports on this topic have been contradictory. We will continue to monitor these numbers closely and share our findings with the funeral service profession 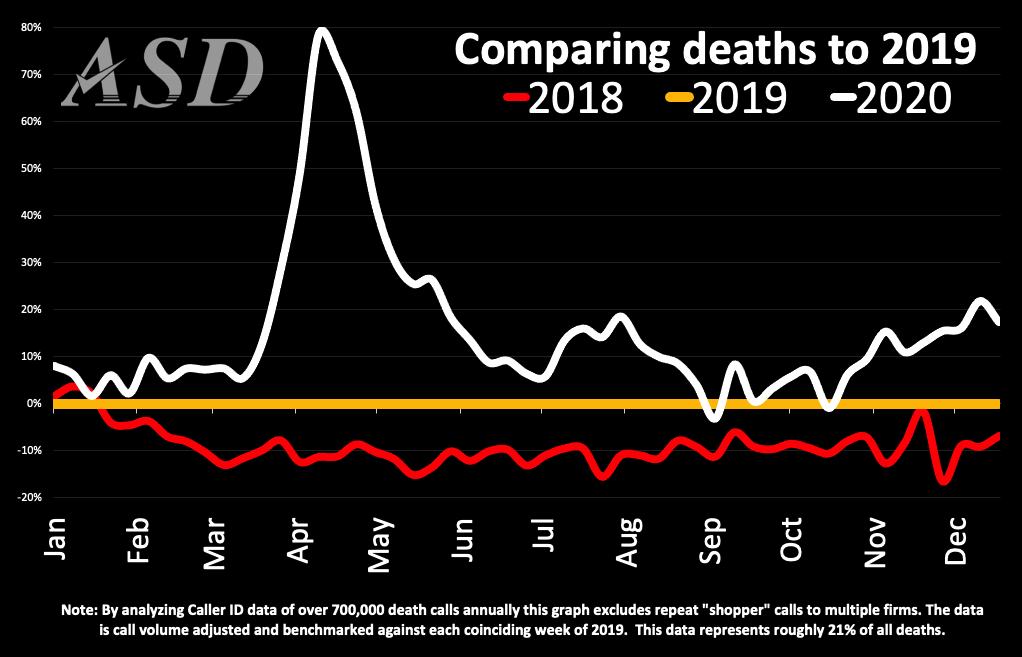 Each year the number death calls handled by ASD will increase as our continually growing population passes away. In the graph above, you can see a comparison of the number of death calls handled by ASD in 2018, 2019 and 2020. The first thing you may noticed on this graph is the large surge in the number of death calls ASD handled in April during the peak of the COVID-19 pandemic. Then in September, for the first time, ASD recorded a week with fewer death calls than the year prior. Around the end of October, these figures began to increase again. We are hoping this is not a sign that COVID's second wave has resulted in more deaths but rather the normal increase we see at the start of every flu season.