ASD is continually inspired by the generosity and support of funeral professionals when it comes to supporting those in need. This is especially true during the holidays when so many families struggle to make ends meet. This week, we wanted to spotlight a funeral home that went above and beyond this holiday season to help those in their community.

In December, Anderson-McQueen Funeral Home, located in St. Petersburg, FL collected approximately 9 barrels of non-perishable food. The funeral home donated a total of 179 lbs of food to the St. Petersburg Free Clinic, an organization that provides a food pantry to families who need it and services over 30,000 people a year.

Spearheaded by funeral directors, Michael Shorter and Amee Bonham, the funeral home’s Fighting Hunger. Giving Hope! Food Drive encouraged both funeral home staff and the entire community to give back to others. The dirctors used Facebook to help get the word out about their food drive and answer questions from the public. 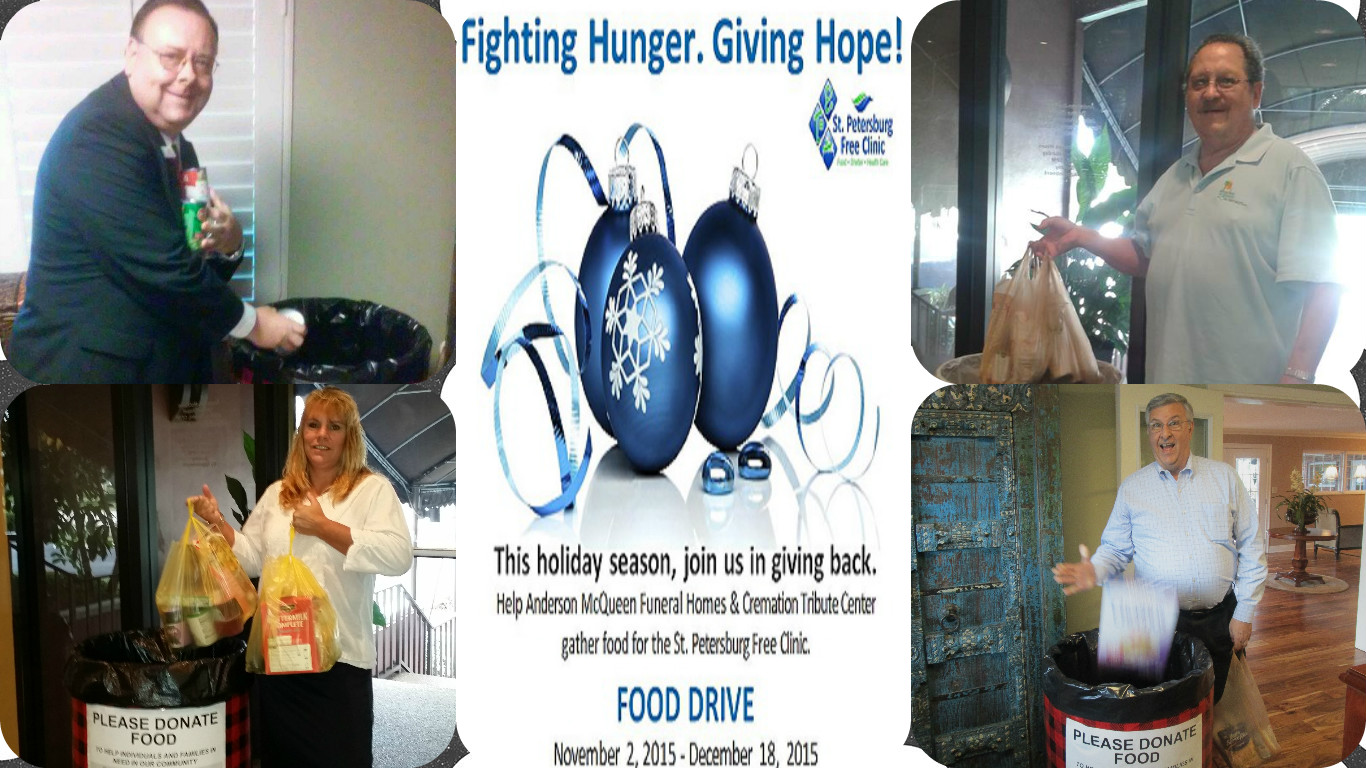 The Staff at Anderson-McQueen Funeral Home helped fill up 9 full barrels of food for families in need.

According to Funeral Director, Michael Shorter (second from the left in the photo below), who played an integral part in organizing the food drive, the event was implemented “not only help families during the holidays, but also to bring about awareness of the needs in our community, that stretch beyond grief, and generate a supply that lasts into the new year. We had staff and community chip in to help with this this great effort” Michael said. 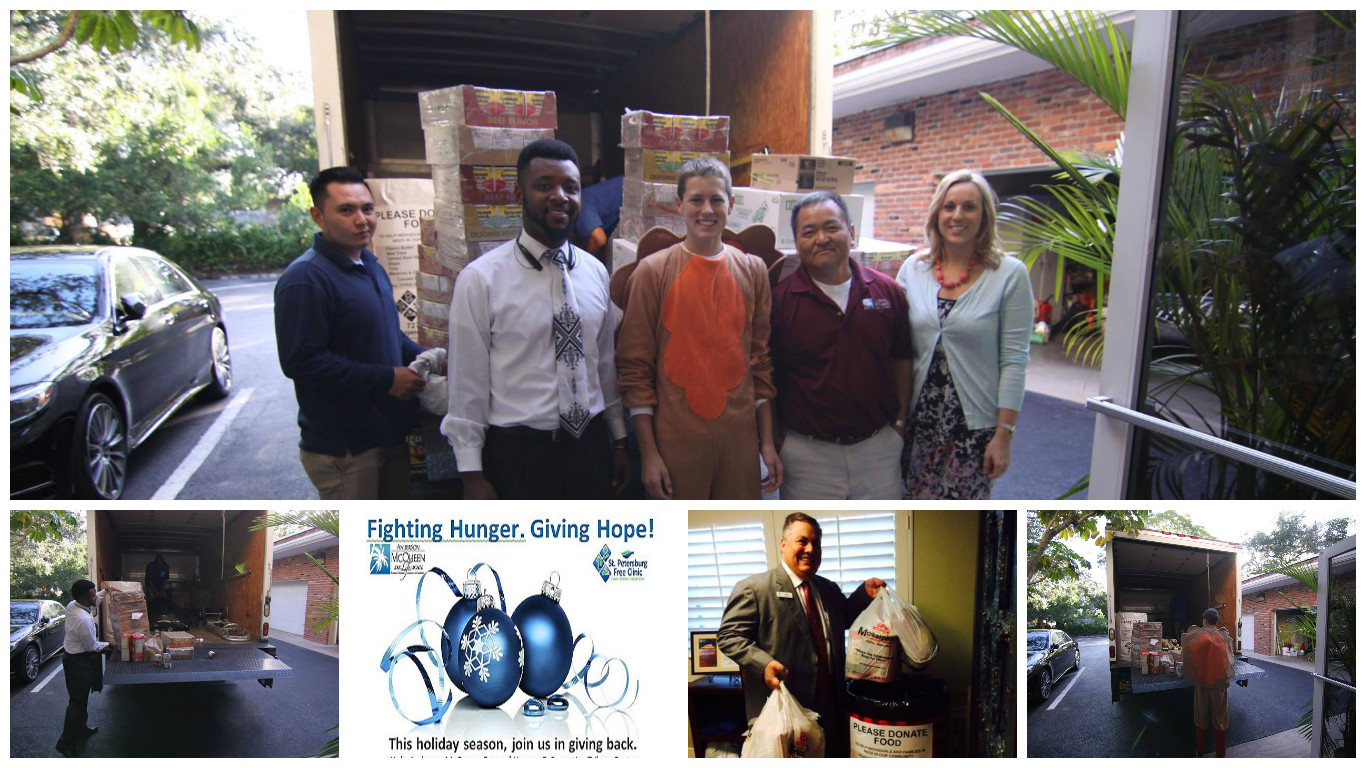 The staff at Anderson-McQueen Funeral Home loading up a large truck with food donations.

It is obvious from these photos that a lot of people in the Tampa Bay area had a much brighter holiday season thanks to the generosity of the Anderson-McQueen staff and the surrounding community. Kudos to everyone at the funeral home who volunteered their time and contributed to make the food drive such a success.