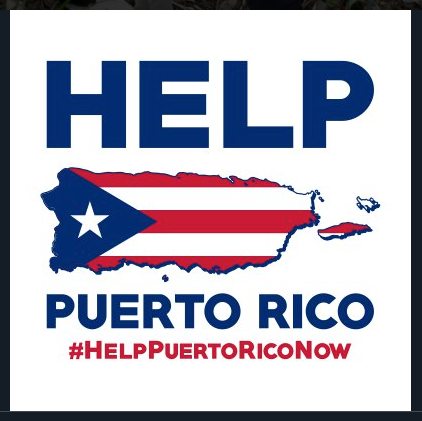 Thanksgiving is a holiday that is packed with so much meaning and significance. Every year, we are invited to reflect upon the things for which we are grateful and say thanks for our life’s blessings. The importance of this holiday extends beyond a delicious meal or even a single date on a calendar – it encourages everyone to approach each new day with thankfulness. A big part of being thankful is staying cognizant of others who are less fortunate and paying it forward. Perhaps that is why the word ‘Thanksgiving’ was first used –just the very act of giving reminds one of everything for which they have to be thankful.

This year, ASD has placed an increased focus on ways we as a company can demonstrate goodwill and help others. We’ve given back to more than 30 essential charities and organizations through company donation drives, awareness campaigns, volunteer days, fundraisers and our “Exercise for a Cause” program. This Thanksgiving, we wanted to shine a beacon on one of those causes to show our support on behalf of our employees who have been personally impacted.

Many people aren’t aware just how difficult the road to recovery has been for the people of Puerto Rico as they rebuild from the devastation of Hurricane Maria. We spoke with several of our employees who have family and loved ones living in Puerto Rico to learn more about the current conditions and how to help.

"A lot of people think that Puerto Rico is fine. But there’s still so much not back to normal. The recovery has been slow," explains ASD Call Specialist, Berenice Torres, whose family is currently living in Puerto Rico. "A lot of cities are getting help from FEMA and other associations but a lot of cities in the country area are not and people assume that since they have sent help that everyone is automatically helped."

Experts believe that being one of a series of disasters has made relief in Puerto Rico harder to come by after Hurricane Maria. According to Samantha Penta, Assistant Professor at the College of Emergency Preparedness, “When multiple devastating events occur around the same time, the strain on donors and responders takes a big toll.” Penta reported that the American Red Cross had received just $31.6 million a month after Maria (compared to $350 million raised for Hurricane Harvey recovery efforts). The lack of donations and coverage has had a direct impact on the people of Puerto Rico who our employees tell us are still desperate for any semblance of normal life.

“It’s always hard to talk about. It’s been a nightmare for me, but I know it’s worse for the people who are living it,” says ASD Training Specialist, Myrna Russi. At the age of four, Myrna moved to the United States from Puerto Rico where many members of her family, including her sister, still live. Before Hurricane Maria, Myrna visited her family once every other year and kept in regular contact with them. “I wonder when Puerto Rico will be like it was, when they will have water, when they will have electricity, when things are running like they used to run, but it’s hard to say. And I can’t even communicate with my family and friends there. It’s been really hard.”

Lack of communication has proved to be a major barrier for relief efforts in Puerto Rico. A full two months have now passed since Hurricane Maria slammed into the island, yet the full extent of damage, both to people and infrastructure, has not been fully accessed. According to CNN, the number of people who have died in Puerto Rico as a result of Hurricane Maria may also be much higher than initially reported. CNN was able to contact 112 of the island’s funeral homes (about half the total number in Puerto Rico). “Those funeral homes identified 499 deaths in the month after the storm — September 20 to October 19 — which they say were related to Hurricane Maria and its aftermath,” CNN reported. “That’s nine times the official death toll. And, again, it represents only about half of funeral homes.”

Myrna’s family lives in a mountainous region of Puerto Rico where clean water is difficult to find and electricity is unreliable. She believes that the inaccessibility of some areas of the island have really hindered the effectiveness of disaster relief organizations. “Many roads got washed away so the people can’t really walk the town to get to FEMA and FEMA has not reached them. So that’s another problem, some of the help organizations have not reached every area to help people. It’s been really devastating,” she says.

The efforts required just to obtain basic daily essentials has taken its toll on the people of Puerto Rico. Resuming everyday life is all but impossible. According to Myrna, countless jobs have been lost and businesses have closed as a result of the hurricane. Pharmacies and doctors offices have shut down, forcing those with medical conditions to go to great lengths to obtain treatment. A gasoline shortage in some areas of the island has made it difficult for those with back up generators to power them. Clean water is being sold in many places at triple cost.

“My family’s needs after the hurricanes in Puerto Rico are, for the most part, water and gasoline. Not all stations are running yet, and they ride around each day looking for water,” says ASD Senior Call Specialist, Darlene Adorno, whose family resides on the island. “The lights finally came back on, but they still suffer frequent power outages.”

Like Darlene, Berenice hears stories from her family of ways they have had to adapt to their current circumstances. "My family’s every day life was completely changed by the hurricane. They have no power still meaning they can’t cook normal meals, they have to purchase canned foods and meals that’s are non perishable," she says. "There’s so many mosquitoes and bugs everywhere. There’s still no cell reception so they have to go to major cities to talk. A lot of people can’t celebrate the holidays this year."

Berenice, Myrna and Darlene are among the millions of Puerto Ricans living stateside who have loved ones on the island they desperately want to help. Yet, sending donations or even a money order to relatives is extremely difficult. Relief efforts and donation drives have been stymied because Puerto Rico is so isolated and its postal service has been diminished.

“Puerto Rico does not get help from neighboring states. You have to get on a boat or a plane, so the help does not get to Puerto Rico. There aren’t a lot of social services or resources,” Myrna explains. “My family hasn’t been able to receive packages or even a money order. I sent a crate of water and supplies that I collected but it didn’t go to my family. I just sent it to Puerto Rico just to do something. You can’t select where the shipment is going to go to. It would cost thousands of dollars to send to the right post office down there. Some of the packages are taking a month to get there. Some people are stealing too. So it’s been really hard trusting that what you send them is going to get to them.”

While sending donation items to a specific location in Puerto Rico is not currently possible, those that want to help can still give back by donating to an organization that is providing aid to the Island. There are, unfortunately, many people who are profiting off of this tragedy by setting up fake fundraisers or Go Fund Me campaigns. Myrna warns to be especially careful of clothing companies using the tragedy in Puerto Rico to make a profit. Visit Charity Navigator if you aren’t sure whether an organization is trustworthy.

The Red Cross is on the ground helping Puerto Ricans affected by this devastating storm. In the first month, the Red Cross served 1.3 million meals and snacks, and distributed more than 843,000 relief items. Financial donations are needed to be able to provide immediate disaster relief for those affected. Help people affected by Hurricane Maria by visiting redcross.org, calling 1-800-RED CROSS or texting the word MARIA to 90999 to make a $10 donation . Donations enable the Red Cross to prepare for, respond to and help people recover from this disaster. 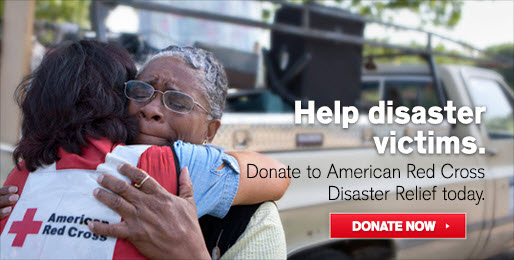 Beatriz Rosselló, the First Lady of Puerto Rico, collaborated with the private sector to bring this initiative to fruition, creating three designated help centers on the island. Donations can be made via phone or online. ASD donated $1,000 to this organization earlier this month as part of our “Exercise for a Cause” program. 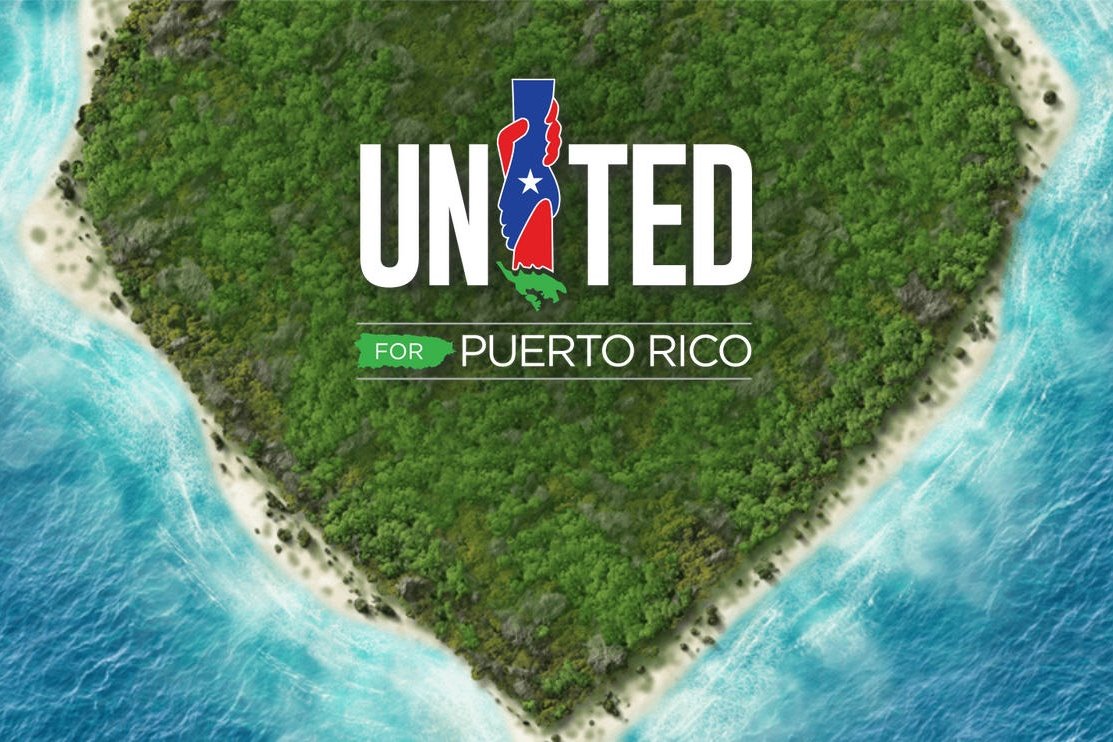 A group of community activists and leaders organized by Philadelphia Councilwoman Maria Quinones Sanchez, PA State Legislator, Angel Cruz, and PA State Legislator, Emilio Vasquez, have developed a concerted, grassroots effort to support the Island of Puerto Rico’s immediate needs. “They have helped a lot. I went to the warehouse myself when I took my donations and there were so many non-profits working together out of there,” Myrna says.

Adopt A Family in Puerto Rico

This grassroots platform created by a group of volunteers allows families in need in Puerto Rico to sign up, detailing their needs. Those wanting to help can sign up and spell out how much they are able to give. “Adopt a Family” matches the two parties. Money and supplies are sent directly to the family in need to help them rebuild their lives. 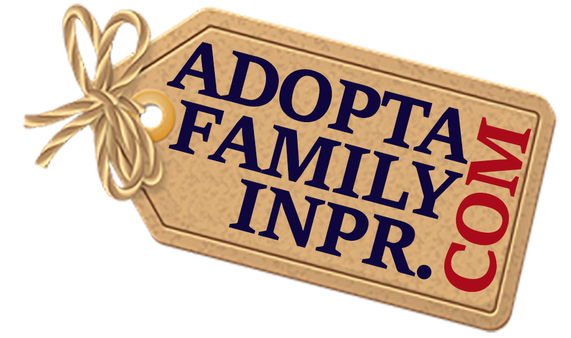 While Myrna has offered to have her relatives stay with her in Pennsylvania, for now they are staying put in hopes of rebuilding. “A lot of them who have lived there all their life do not want to come here. Most people are trying to see if life can go back to normal, but if not than they are leaving because they can’t live there,” she says.

Others have traveled up to see relatives and to get supplies to bring back home. “My family was just here in Pennsylvania where I was able to get them a few solar-powered lights they could use in the house at night,” Darlene says.

For those that want to help Puerto Rican families who came to the United States after the hurricane, many local city departments, colleges and Salvation Armies are accepting donations for families who have to relocate. ASD donated our NFDA Convention chairs to one of these local organizations ( Southbridge for Puerto Rico) while were in Boston.

“A lot of people at ASD have helped me with donations. So I always thank them for that because you’re helping someone that you even don’t know, but you know families are hurting,” Myrna says. “I love going to Puerto Rico. I try to go every two years. I know it’s not going to be the same when I go back. I’m just hoping for the best and that things can start to normalize.” 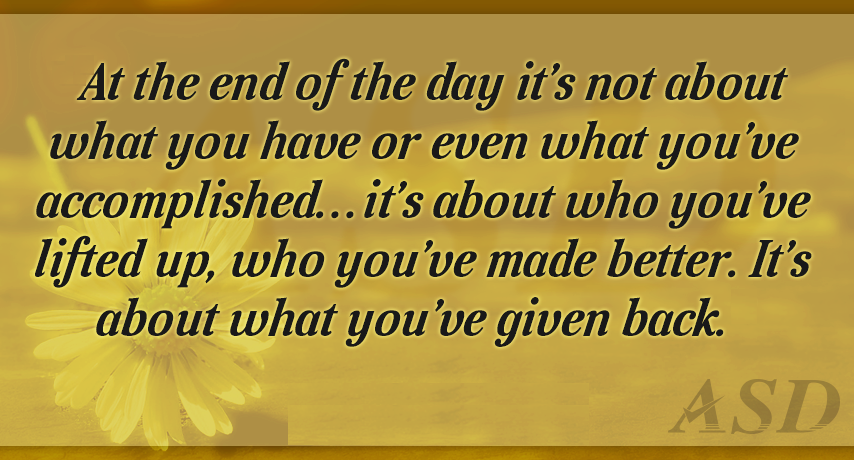