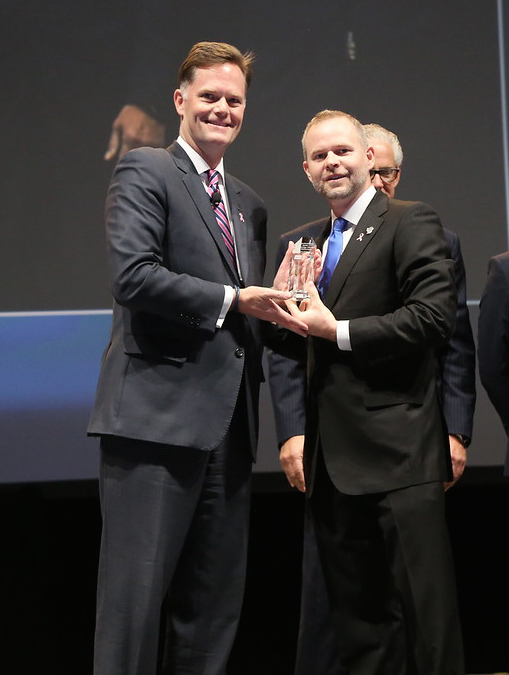 ASD was named the winner of the 2017 NFDA Innovation Award at the annual convention this week in Boston, MA. This prestigious award is given annually to a funeral service vendor whose product or service was introduced during the previous year and represents creativity, innovation and excellence. To receive this year’s award is especially meaningful for us here at ASD because we were recognized for our Suicide Telephone Operator Patch System (STOP), a feature that was invented by ASD solely to help those in crisis.

Established in 2009, the NFDA Innovation Award is given annually to a funeral service vendor whose product or service was introduced during the previous year and exemplifies creativity, innovation and excellence. 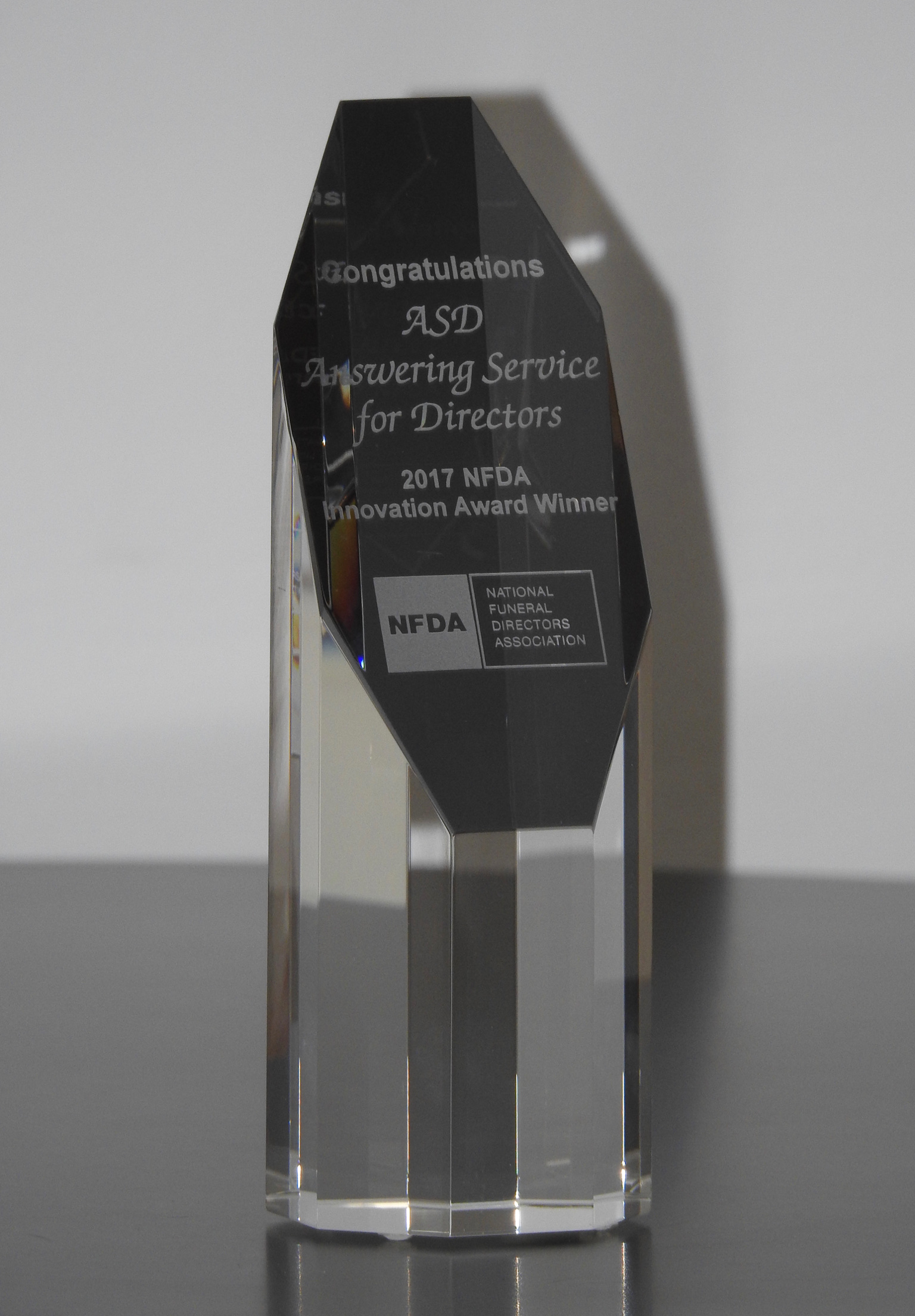 The award represents the pinnacle of achievement for a funeral service vendor. In fact, this is the third time ASD has received this coveted award. In 2012, ASD received the Innovation Award for their game-changing smartphone app, ASD Mobile and in 2015 ASD was recognized again for their patented MobileFH® feature.


ASD Family-Member Owner, Kevin Czachor, was on stage to accept the prestigious award from NFDA Past President, Ashley Cozine , at the Opening General Session of the NFDA’s International Convention & Expo. Within minutes of the announcement, ASD’s social sites began to fill up with comments from funeral professionals showing their support and appreciation for this mobile tool.

“We are humbled to be recognized by the NFDA with our third Innovation Award and for an opportunity to raise awareness about suicide prevention,” said ASD Vice President and Family-Member Owner, Kevin Czachor. “The STOP System was created by ASD with a specific purpose of helping those who are at risk of taking their own life. By linking ASD staff to qualified, suicide prevention operators, we can help ensure that those who are suffering receive immediate counseling, guidance and support.””

Please check back on the ASD blog next week for more information about this exciting announcement and for a complete recap of our time in Boston at the NFDA Convention.