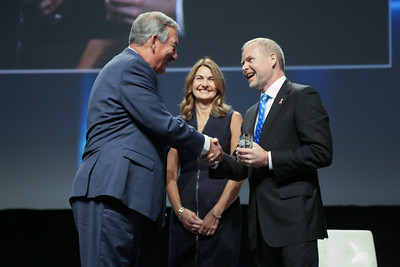 ASD was named the winner of the 2018 NFDA Members’ Choice Award at the annual convention last week in Salt Lake City, UT. This prestigious award is given annually to a funeral service vendor whose product or service was introduced during the previous year and represents creativity, innovation and excellence. ASD was honored to have two submissions selected as finalists this year and received the award in recognition of our Web Form WatchDog™ feature.


With a growing number of people going online to research funeral options, web queries are becoming much more common and will only increase in frequency over time. Most funeral home websites have a ‘Contact Us’ form instructing visitors to leave their information and reason for contacting. When a form is submitted, it often is sent to a single, generic email address that is not monitored 24/7. As a result, funeral directors often don’t see them until the following day, if at all, and the family might contact a competitor in the meantime. In response to this dilemma, ASD created Web Form WatchDog™ to help funeral professionals become more responsive to submitted web forms. This feature allows ASD to monitor our clients’ web inquiries and immediately alert them when an urgent need is communicated. 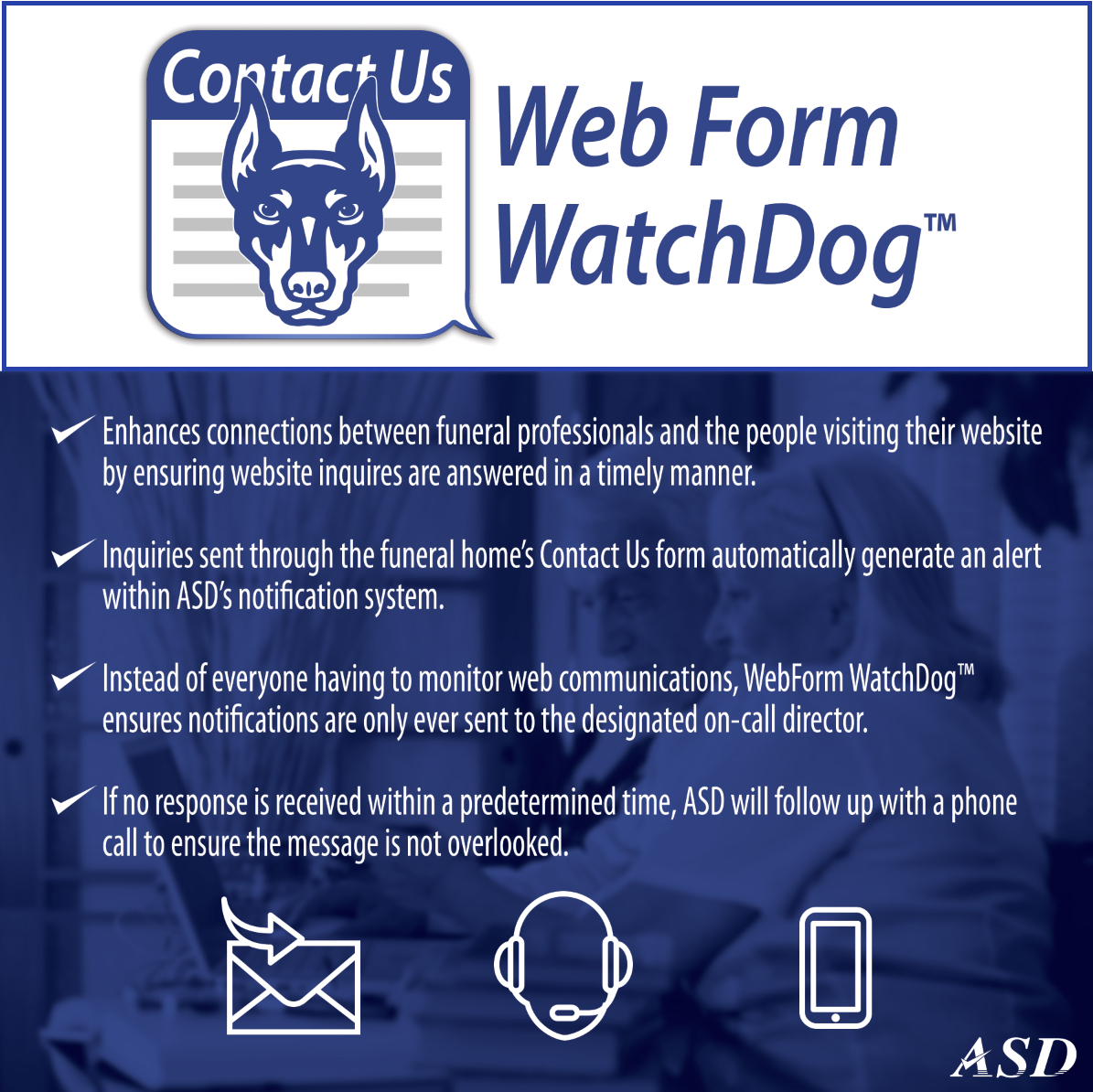 ASD’s Web Form WatchDog™ can be added to any existing funeral home website. It was built to complement ASD’s extensive array of web and mobile tools that help funeral homes stay better connected to their communities. It is fully compatible with the ASD Mobile app and ASD's internal website, allowing directors to easily access their web forms from any device. When a web form is submitted, ASD will follow the designated contact preferences that have been specified by the on-call director. If no response is received within a predetermined time, the current on-call person will be contacted via a phone call to ensure the message is handled in a timely manner. ASD is honored to be recognized by the NFDA with our fourth Innovation Award in support of a feature that helps funeral professionals offer the highest level of customer service to their website visitors.

Established in 2009, The NFDA Members’ Choice Award (formally called the NFDA Innovation Award) represents the pinnacle of achievement for a funeral service vendor. By encouraging innovation within our industry, this award inspires companies within the funeral profession to seek out new ideas, technologies, and processes to make a positive impact on funeral directors and the families they serve. 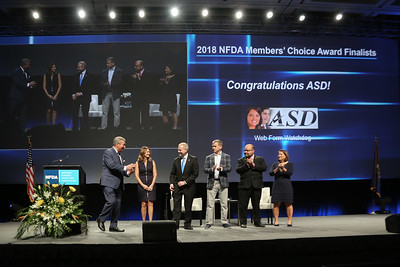 While no other company has won this award more than once, ASD is proud to now be a four-time recipient. Year after year, our company has demonstrated how fully committed we are to seeking out new and inventive ways to resolve communication issues for funeral directors. Our company was also honored to be nominated this year for our Spanish Translation Services.

Watch as ASD Vice President and Family-Member Owner, Kevin Czachor, accepts the 2018 NFDA Members’ Choice Award from Past President, Kenneth Cahall, at the 2018 Convention Opening General Session last week. ASD Family-Member Owner, Kathy Kelley, was also onstage during the award announcement as ASD was honored to be the only company ever recognized as a finalist by the NFDA twice in the same year.

It was wonderful to hear from so many funeral professionals, both in attendance at the convention and on our social media pages, how much they appreciated our new Web Form WatchDog™ feature and other solutions we have created to make life easier for on-call funeral directors. We are glad to be able to give our clients peace of mind knowing their web communications will be protected and monitored 24/7 by a company they already know and trust. 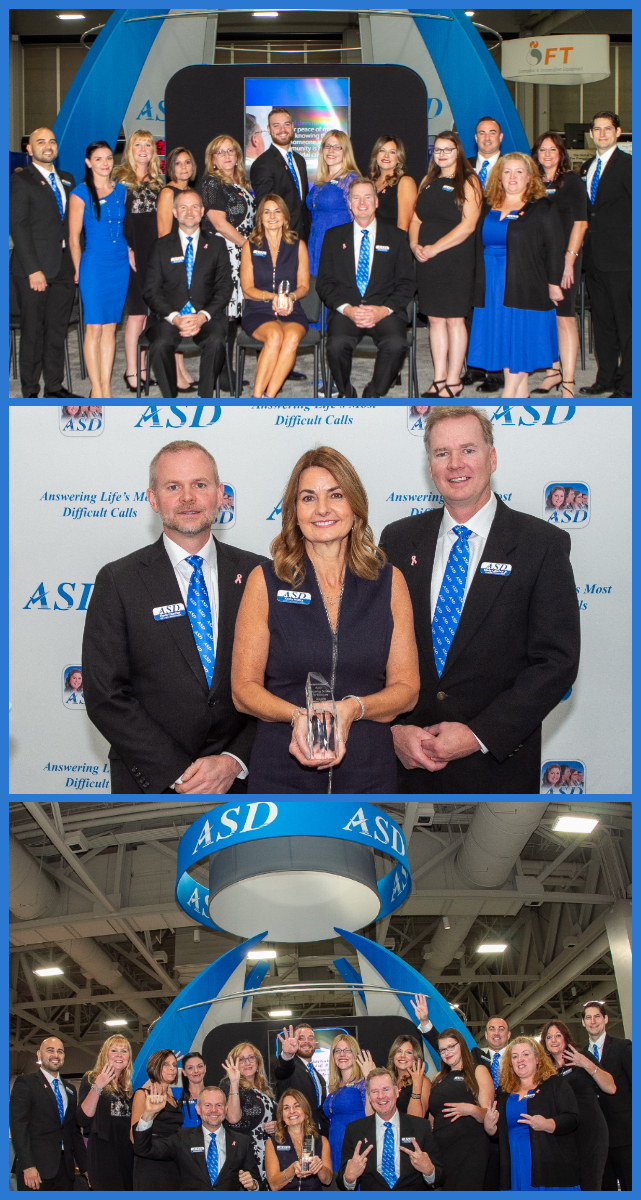 Team ASD Celebrating our 4th NFDA Award at the 2018 Convention

Thank you to everyone who voted for ASD’s WebForm WatchDog™ to receive this prestigious award. We couldn’t have done it without your help and support! Be sure to check ASD’s blog later this month for more for a complete recap of our time in Salt Lake City at the 2018 NFDA Convention.