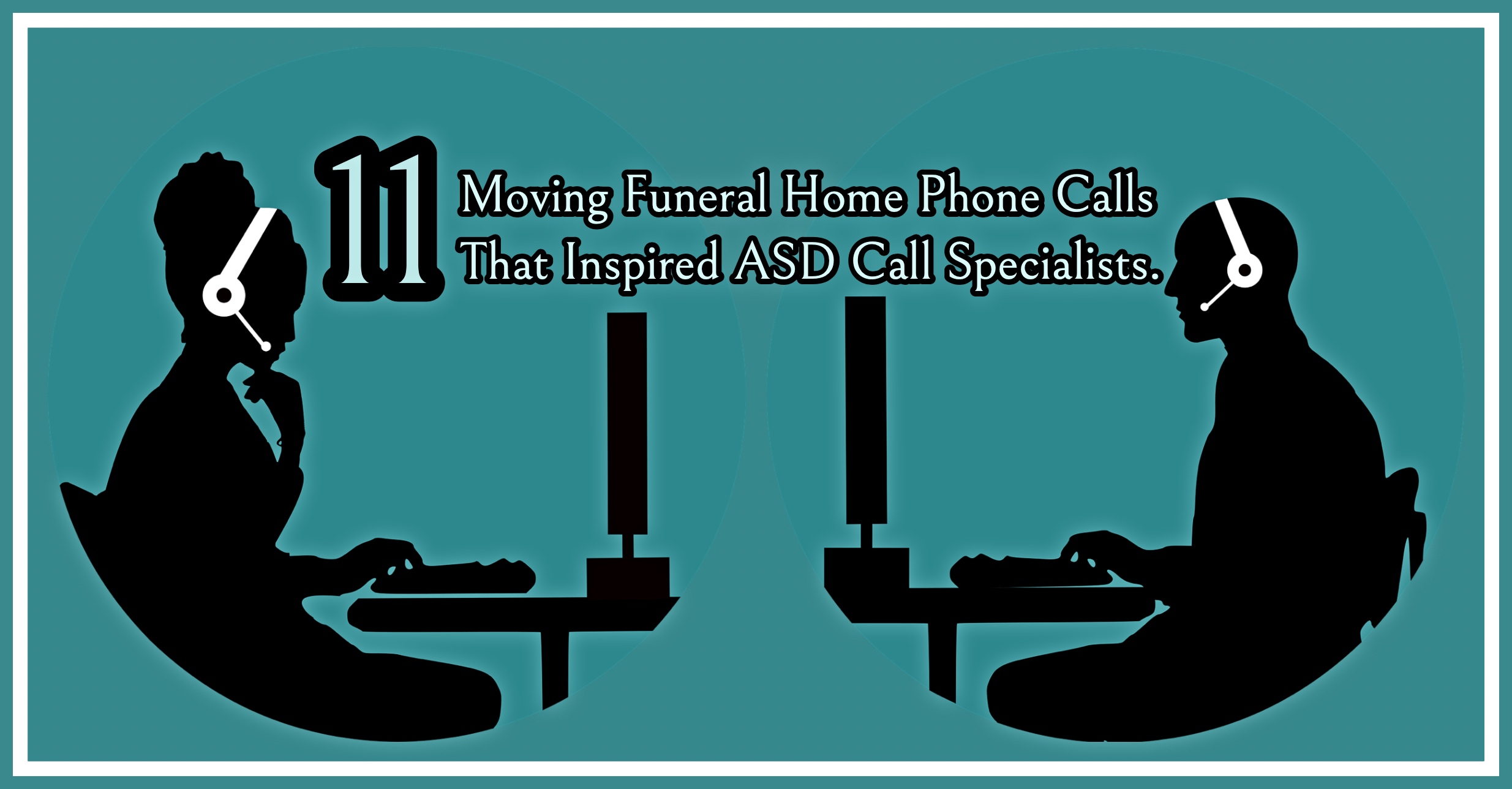 One of the most amazing things about ASD staff is their ability to adapt to each caller’s emotional state. Whether they’re taking a message or just providing a listening ear to someone who needs it, they try to ensure that every person they speak with feels a little better about their situation by the time they hang up. Sometimes, a call will hit very close to home and trigger a strong emotional reaction from our Call Specialist. So many of the callers we have spoken to over the years leave an indelible impression on the memories of our staff, even decades after the call took place.

You never know what situation or emotions you may encounter as an ASD Call Specialist. It’s not lip service to say that our staff truly does handle life’s most difficult calls. This is why ASD’s 6-month training period is so extensive – we want to prepare our staff for every possible call scenario. During interviews with our staff, our Call Specialists have shared that the most rewarding part of their position here at ASD is the opportunity to help someone in need. We take this responsibility very seriously as we understand our interactions are likely to also remain in the memories of the callers we speak to on a daily basis. We strongly believe that providing kindness, compassion and patience to a funeral home caller can make a big difference for that person on the other end of the line. 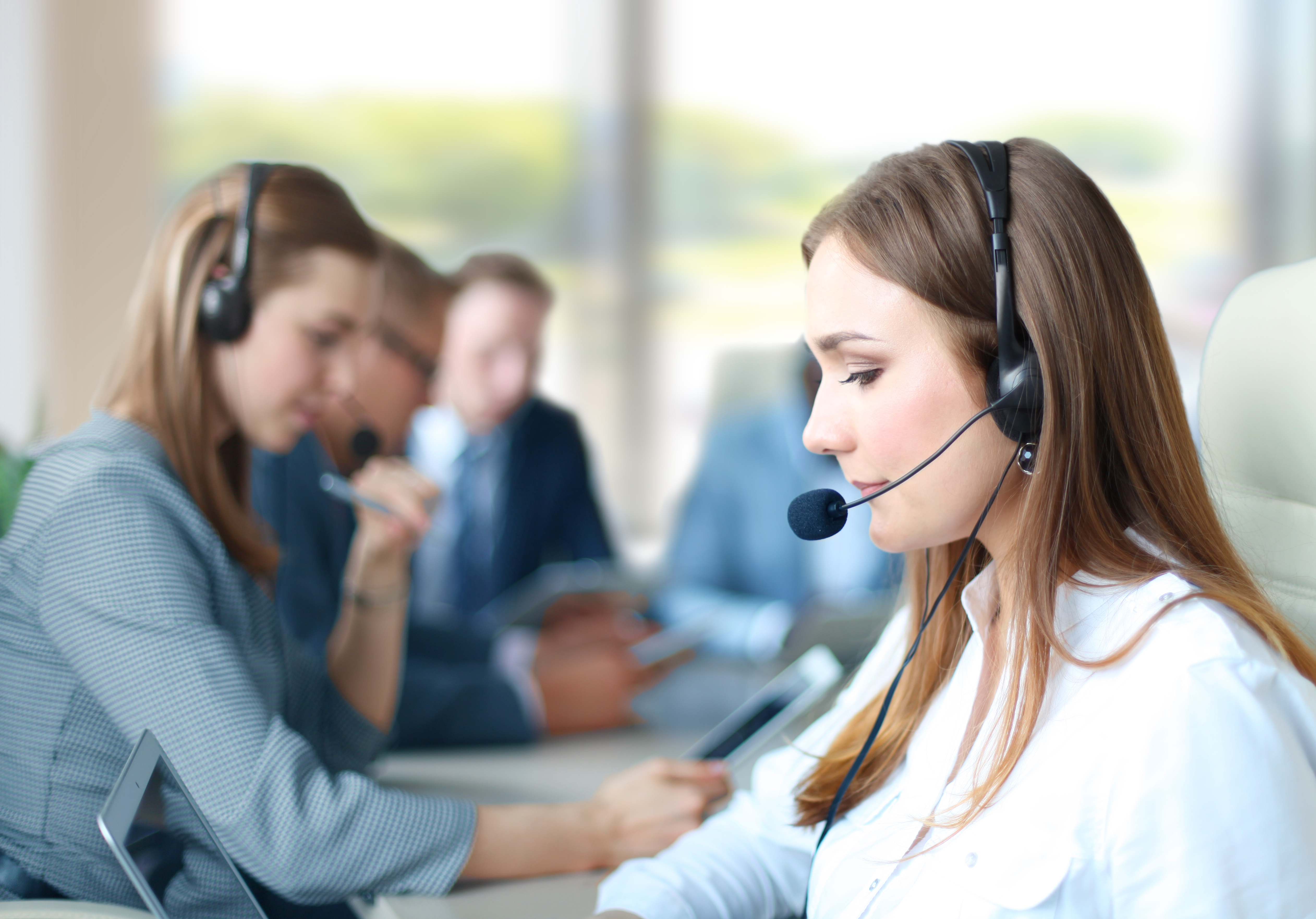 Recently, we asked our staff to share some of the calls and callers that have inspired them over the years. Their stories are a testament to the importance of the work we do here at ASD.

“There was a woman who called in to schedule arrangements for her parents’ services who just passed. She was crying and said she lived in a hotel and didn’t know how to handle anything. She had never done this before and was completely stressed because she was the only one in the family who could do this. I let her cry and vent to me and I took down her information for a call back. She thanked me for helping her take the first steps and giving her some clarity of what’s going to happen next. She told me I had the voice of an angel and started crying more, but now they were tears of relief. I took this call shortly after I first started at ASD and it gave me motivation to keep at this job.”

“A caller from Massachusetts called in once to thank the director for their wonderful service. His tone was so genuine and his appreciation was boundless. I told him I was with the answering service and we ended up chatting for about a minute. It turns out he was from Philly and moved to Boston, whereas I had done the opposite. In turn we found out that at different times we once resided in the same neighborhood! Before the call ended, he said to me:

"Ian, you and I are kindred spirits and I wish you the best. Thank you and take care."

That call put me in such a good mood for the rest of the shift. And that phrase "kindred spirits" has stuck with me since then.” 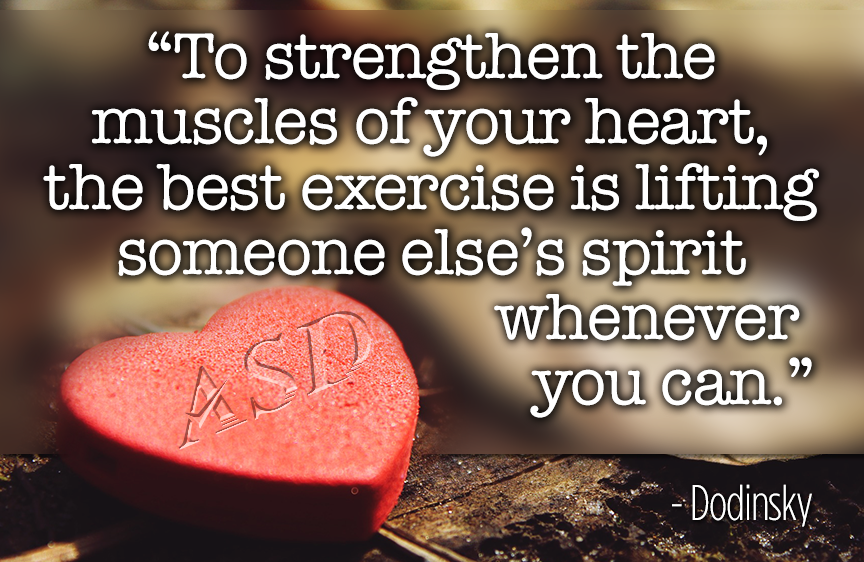 “A mom called in regard to her daughter. The little girl’s name was Ellie, she was 6 years old when she passed away. Her mom shared a story with me of how she loved the song "Someone You Loved" by Louis Capaldi and how she would sing and dance to it while videotaping herself. She wanted to start her own YouTube Channel. This warmed by heart as Ellie was taken too soon and unexpectedly after a tree had fallen on her. This song has always been a favorite of mine and now every time I hear that song I think of Ellie singing and dancing up there in heaven while I am listening to it.”

“I still remember a call I handled more than 10 years ago. The caller came on the line and assured me right away he didn’t need the services of the funeral home but rather he wanted to give a progress report on his grandson. The grandson was the surviving twin and doing so well. He became so choked up talking about how this little was his hero for fighting so hard. To this day, it still makes me very emotional to think about. I had to go out of rotation and have a good cry.” 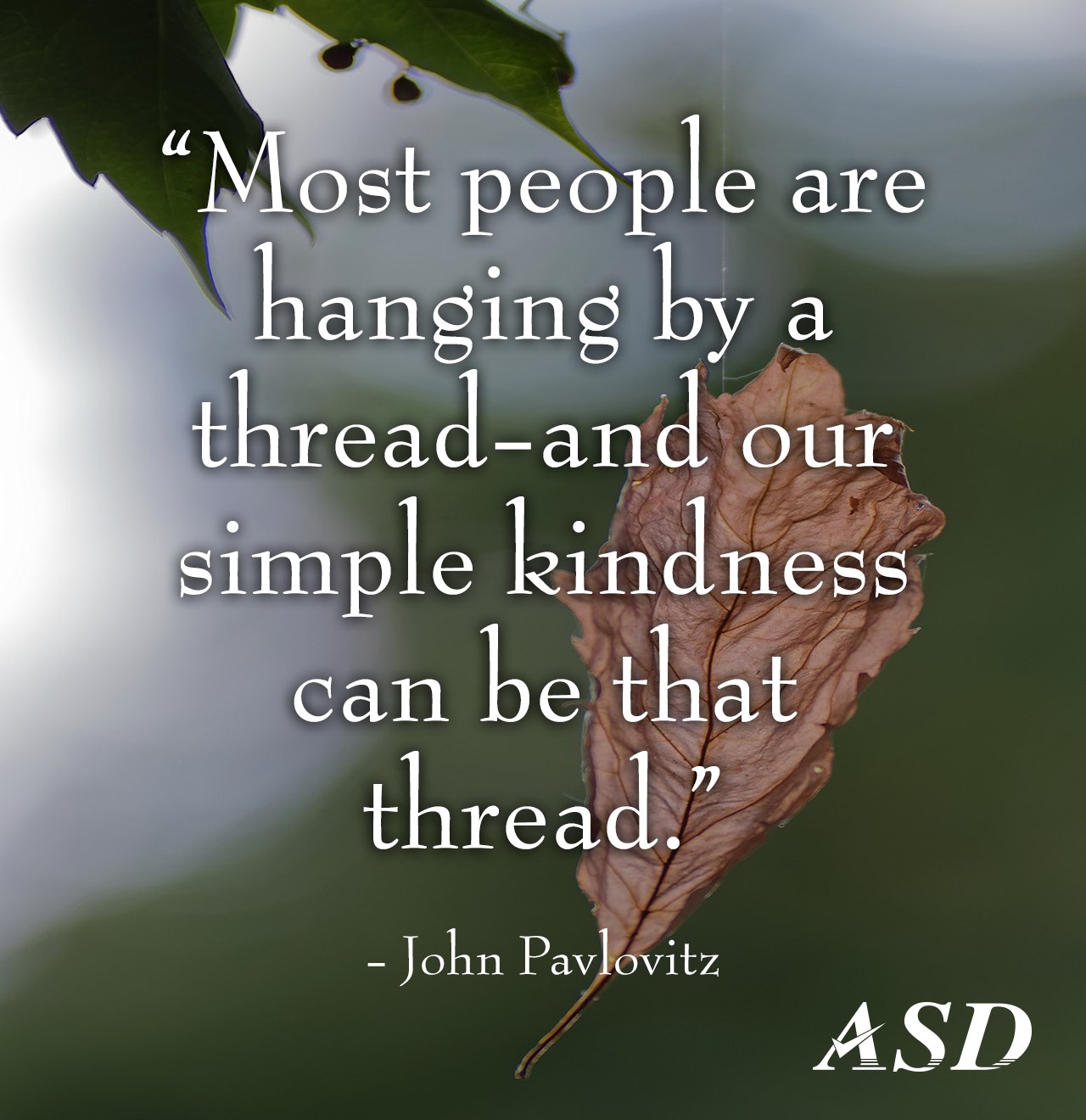 “When ASD was still testing the suicide prevention button, I had a caller absolutely breakdown over things that were happening in their life. The only reason they had contacted the funeral home was because they had been nice to her family in the past and she had been considering suicide. My own experiences with those feelings kept us talking for awhile and she told me that I helped quite a bit. I still wonder if she is ok.”

“I recently had an older gentleman who was calling to check on service times. He wanted to fax over a poem he wrote for his friend. By the time he was done reading I could tell we were both teary eyed. It was such a beautiful tribute to his friend. I thanked him for sharing his poem and story with me. I still think about that man. What a difference he made in my day. Truly amazing.” 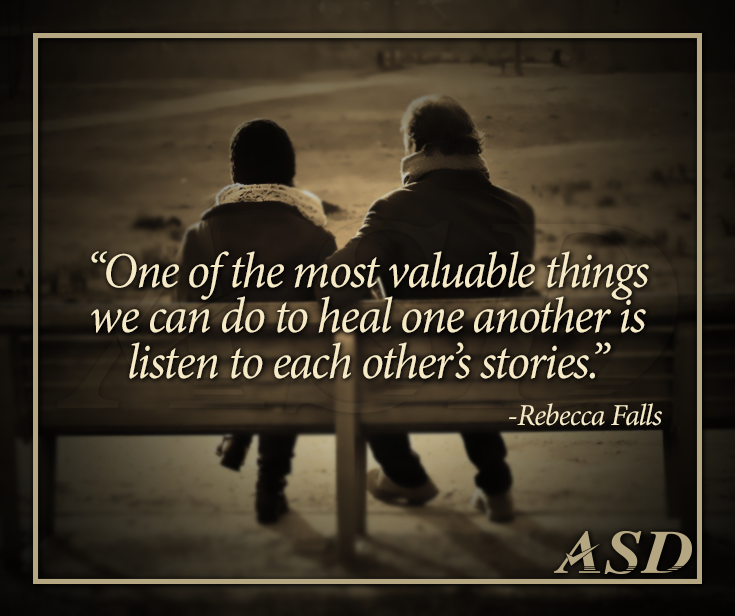 “The calls that always affected me the most were callers who had dementia and called repeatedly, to the point where the funeral homes sometimes had to add notes to their accounts about them. It always felt like they were so relieved when you were kind and patient with them. Many just seemed like they were desperate for any sort of human connection. There was one in particular from way back in the day that has just always stuck with me. She would call every night to see what services the funeral home was handling and everyone at ASD knew just to be kind and patient with her. I always made it a point to just go along with whatever the person wanted to talk about without rushing them off the phone and it felt like it meant a lot for them just to have a listening ear. I really believe a little patience and kindness can be make a big difference.”

“Recently, a Reverend asked me if we could pray together and if he could give me a blessing. The call wasn’t even very long, he was asking other questions, told me I was very nice and then asked. I agreed and it was actually very sweet! Still makes me smile to think of it.” 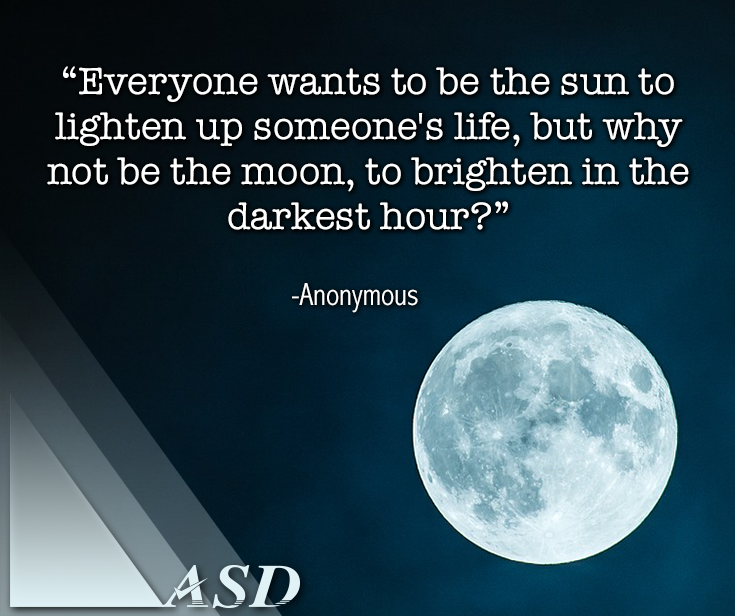 “An elderly woman called in about 230a asking if I had seen her husband at the funeral home tonight. I had a feeling she was likely suffering from dementia. She went on to say how he comes home every night and sleeps in bed. He’s always there by 9pm and it was now going on 2am and he wasn’t there. She then told me he was the only family she had. They had no children, she didn’t have siblings, and she just couldn’t get any rest since he wasn’t there. She said in the mornings he would be gone, but every night for the past month he was there. She said ‘I know I sound crazy. I know he died and we buried him. I can’t say this to any of my friends. They think I’m crazy.’ I told her I didn’t believe she was crazy, and I believed it could be the way a higher power brought her through such a tough time, and that even though he wasn’t there for her to see, she knew he was there, and he was ok.”

“Another call that affected me was when a lady called in to report the death of her dear friend, a friend she had not known all that long, but had become very close to them since they moved to town. The name of the friend who passed away was Kim, same as mine and she was around my age, The caller was older, in her 70s I believe she said, and she went on to say how dear Kim was, how she was going to miss her as well as everyone in the church was going to miss her She called as she wanted a funeral director who was kind, warm and caring as Kim's' husband was having a really hard time dealing with her death. The amount of compassion, love and concern this woman had for Kim and her husband was just amazing. I did tell her what a great friend she was to Kim and how lucky Kim and her husband were to have her in their lives and how I pray that I have a friend like her in my lifetime. She had me tear up quite a few times during the call with her sincerity and love for this woman. She touched me and made me think of how precious life really is.”

“Not a specific call, but I’ve had multiple calls of people calling in to pay off funeral services for complete strangers just because they heard the family was struggling and it makes me cry every time.” 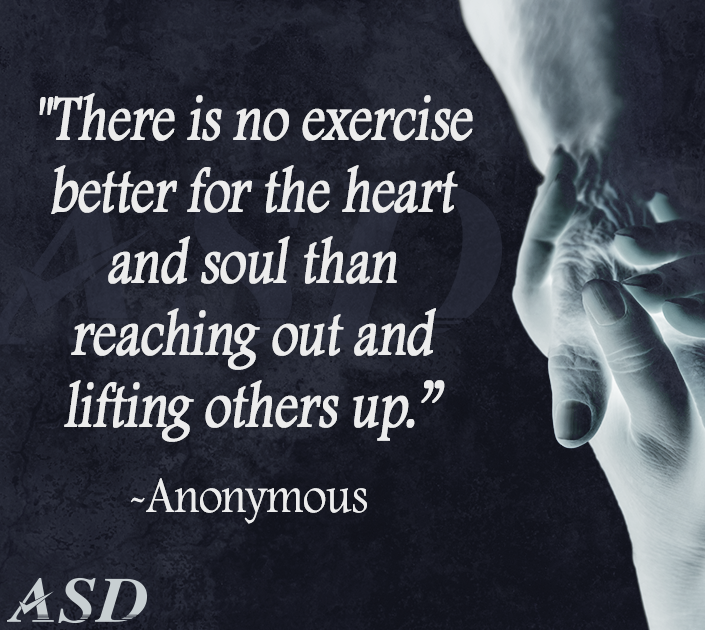 Regardless of the reason for their call, the majority of the people who contact funeral homes feel emotionally vulnerable and fragile. It doesn't matter if the death occurred five days or five years ago. Dialing that number is the same as ripping off a scab from a wound that never fully heals. It's very common for callers to begin speaking in a cheerful tone only for their voice to crack the moment they have to speak the name of their departed loved one.

While it is requirement of the job to speak empathetically with the bereaved, the greater motivator for ASD staff is the need to come home after a shift and feel as though we’ve have had a positive impact on others. There is a reason why these calls often remain etched in minds long after the line disconnects. These memories remain clear in our minds as a daily reminder that every person who calls a funeral home deserves undivided attention, care, and compassion.