“I don't mean to burden you with my problems,” says the stranger over the wires that connect us. But by the time we both hang up, she isn't a stranger any longer. I know her name, I know her age and the town in which she was born. And I know that she needs to have her son's ashes buried because the sight of his urn in her empty home is a painful daily reminder of how alone she feels without him. When I tell the woman that everyone needs someone to talk to sometimes, I don't require a script to find the words. The difference between saying something and meaning it is that by the time I hang up I am blinking back tears.

In the eight years I have worked for ASD – Answering Service for Directors, I have fielded more than 250,000 funeral-related calls and more than 14,000 first calls. Many of these are brief, routine exchanges that simply require me to ask a few quick questions and record an accurate message for the funeral director. The calls that stick around the longest in my memory are the other kind: the people who call the funeral home just to hear a kind voice and to feel connected with another human being. While it is requirement of my job to speak empathetically with the bereaved, the greater motivator is my need to come home after an eight hour shift and feel as though I have had a positive impact on others.

Desensitized. The word is always in the air, spoken by new employees I train and those who ask what I do for a living. It's easy to assume that nearly a decade of working for a funeral home exclusive answering service might harden a person over time. Yet the longer I am employed in this capacity, the less it feels like a job and more like a personal calling to provide compassion to those who are often speaking to me on the worst day of their lives.

Regardless of the reason for their call, the majority of the people who contact funeral homes feel emotionally vulnerable and fragile. It doesn't matter if the death occurred five days or five years ago. Dialing that number is the same as ripping off a scab from a wound that never fully heals. It's very common for callers to begin speaking in a cheerful tone only for their voice to crack the moment they have to speak the name of their departed loved one.

In the past, I tried very hard to select exactly the right words to say on these calls, but I have since found that providing compassion is much more about listening than speaking. Instead of trying to formulate what my next sentence will be, I pay close attention to everything the caller says without interruption and repeat their concerns so they know I am listening. Contacting a funeral home is nerve racking enough for most people. Exacerbating a caller's anxiety by bombarding him or her with questions before he or she is able to explain their situation could damage the funeral home's relationship with that family. By allowing callers to cry, vent, and explain themselves in complete detail I am able to establish a level of trust before gathering the information the funeral home requires.

When speaking to people face to face, you can rely upon their facial expression and body language to determine their emotional state and whether or not your words are providing comfort. On the telephone, you must be more attentive to the subtleties that are sometimes lost in everyday conversation. A sharp intake of breath, a delayed pause, or a small voice inflection are often the only indicators that someone just passed away. 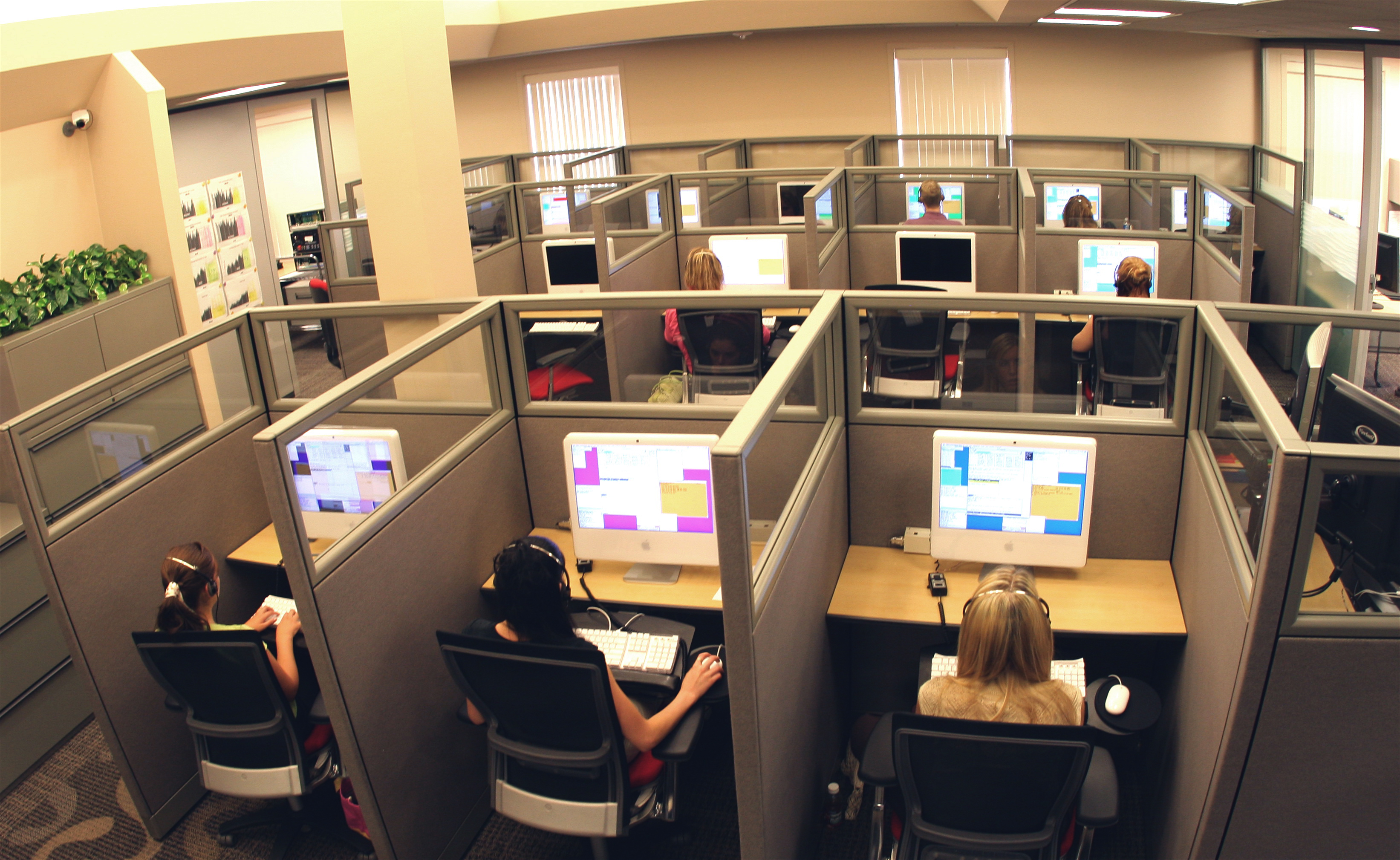 The language of the death care profession can be a major barrier for callers contacting a funeral home for the first time. It's common for a phone call to begin with the sentence, “This might be a strange question, but...” and end up as a first call for the funeral home. Many callers are unsure of the correct terminology to use and are hesitant to ask direct questions. Additionally, it has become increasingly common for families to call multiple funeral homes before selecting one that fits their personal, financial and religious needs. Since many of these callers would prefer to speak to a director personally, they might be reluctant to provide details or vague about their reason for calling. To ensure that directors never lose a potential business opportunity, it is my responsibility to assume that every time the phone rings it is a new first call for the funeral home until proven otherwise.

For instance, when someone begins a conversation asking whether the funeral home accepts credit cards or if there is an onsite crematory, instead of dismissing the call as a routine question, my mind immediately asks, “Why would someone want to know this unless someone has passed or is close to passing?” If there are long pauses or I sense apprehension in the callers voice when asked a direct question, nine times out of 10 it's because has just died, but the family doesn't feel comfortable explaining the situation to me. While attending to callers, in addition to listening carefully to what they're saying, I must remain attentive to everything that is not being said as well,` including the person's tone and phrasing. What might seem like a simple question is often a family's first step toward choosing the right funeral home to service their loved one.

No matter how affected I am by a phone call, ultimately it is the funeral director we are here to serve.

With the advent of new technology, the expectation that directors should be available at all times has escalated to the point where people now call at 9 and 10 p.m. regarding death certificates. While mobile and internet advancements have made life more convenient, there is no denying that we have become a culture of instant results. In the past, there were very few calls on Sundays that didn't involve a recent passing because most people understood that the funeral home office would be closed. Now, florists call from the front door and request that a funeral director be paged while they are at church to open early for a floral delivery. Since websites can be accessed 24/7, people call at all hours of the day asking for an immediate call back for help with sending an online condolence. Society as a whole has become less accustomed to having to wait for answers, and I am often amazed by how little regard is shown for the personal lives of funeral directors by their callers.

While doctors and nurses have to be on call for emergencies, there are so many variables involved with funeral planning that the probability of a negative fallout resulting from a single missed call is much higher for funeral directors. Funeral professionals must coordinate with dozens of other businesses - cemeteries, casket companies, donor networks, florists - all with different schedules and timetables that don't always coincide. My job is to screen calls based on the criteria provided to determine which calls are reachable. Funeral homes often go through periods when they are very busy handling multiple tasks that are extremely time sensitive. During these times, directors sometimes prefer not to be contacted for calls they normally would, and possessing a clear awareness of what issues require immediate attention is crucial for operators at ASD. In many cases, determining if a call is reachable is left up to my judgement. When confronted with this situation, I must consider every possible consequence that could result if the call is not dispatched, while also keeping in mind that the director may be in the middle of something of much greater importance.

The biggest difference between working as a receptionist for a single funeral home and handling calls for thousands of funeral homes nationwide is the range of issues I am confronted with on a daily basis. A large requirement for employees is becoming familiarized with the burial customs of different regions, ethnicities and geographic regions. For instance, Alaskans can only be buried a few months out of the year because of the frozen ground, while the entire city of New Orleans buries their loved ones in crypts located above ground due to the high sea level. The large variety of different types of funeral establishments requires call specialists to adapt to the customized procedures and notations of each unique account. A small funeral home in the rural South may want their phones answered completely differently than a funeral home based on the West Coast with multiple locations. Understanding the distinctions and learning how to distinguish between a wide array of different firms allows us to act as an extension of every funeral home we answer for. To this day, I still remember the name of the woman who called about arranging a burial for her son's ashes, even though I handled the call years ago. I'll never know what she looks like, but I am confident I would recognize her voice if she called again today. After eight years and a quarter of a million funeral calls, one might expect the memory to fade, but it remains clear in my mind as a daily reminder that every person who calls a funeral home deserves undivided attention, care, and compassion.