ASD Selected as "Provider of Preference" by the NCFDA!

ASD is honored to be named a "Provider of Preference" by the North Carolina Funeral Directors Association. The NCFDA's endorsement of ASD is a testament of their commitment to their members. We are highly impressed by the level of research the NCFDA devoted to this decision. ASD was among many answering services evaluated by the NCFDA Funeral Board and we are thrilled the association recognized the value ASD can offer to funeral professionals. For more information, click here.

ASD On the Road

2012 has certainly been our busiest convention year ever! With only two shows left, the NJSFDA convention in September and the NFDA convention in October, we look back at the time we spent meeting our clients from across the country this year with a deep sense of gratitude. Thank you to all the funeral professionals that stopped by our booth, whether to meet the ASD team for the first time or to catch up with old friends, we appreciate your support! 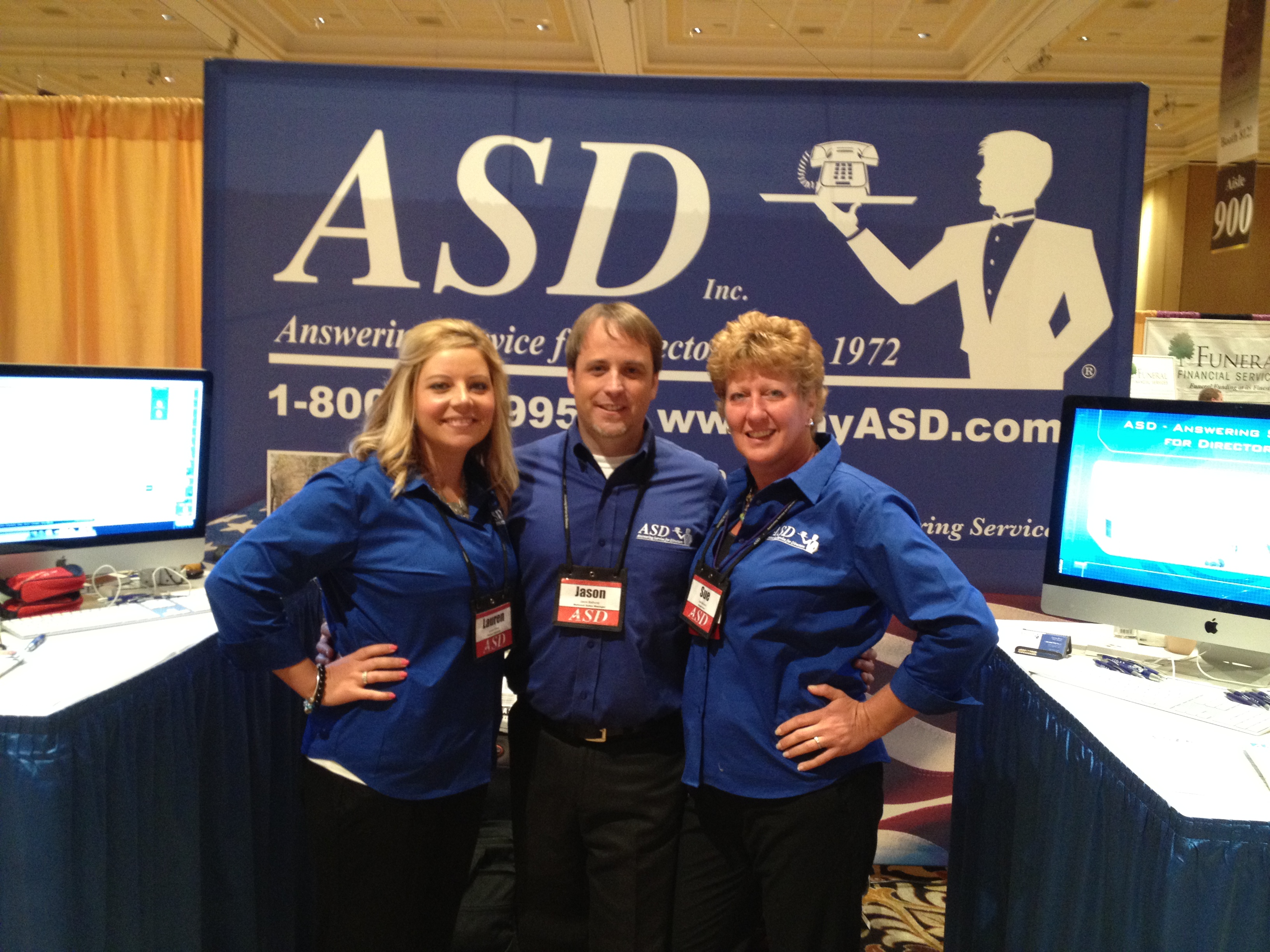 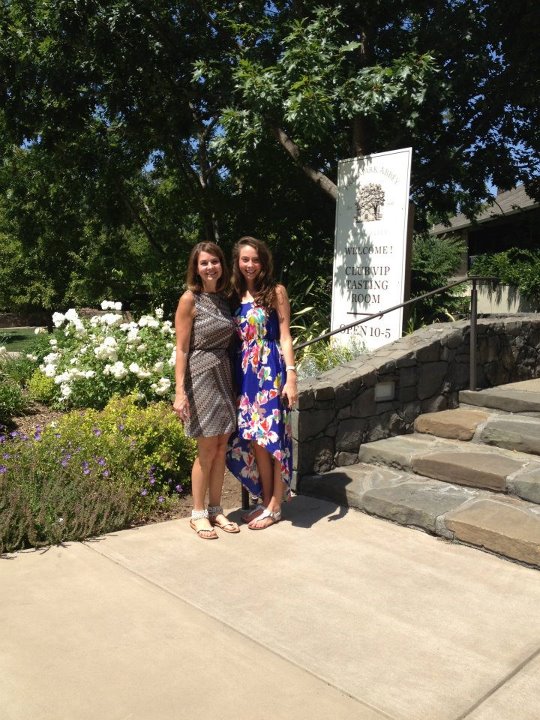 ASD Treasurer and Family Member Owner, Kathy Kelley, and her daughter Melissa, enjoyed networking with funeral professionals and picking up valuable tips at an MKJ Marketing Seminar in Napa, CA. 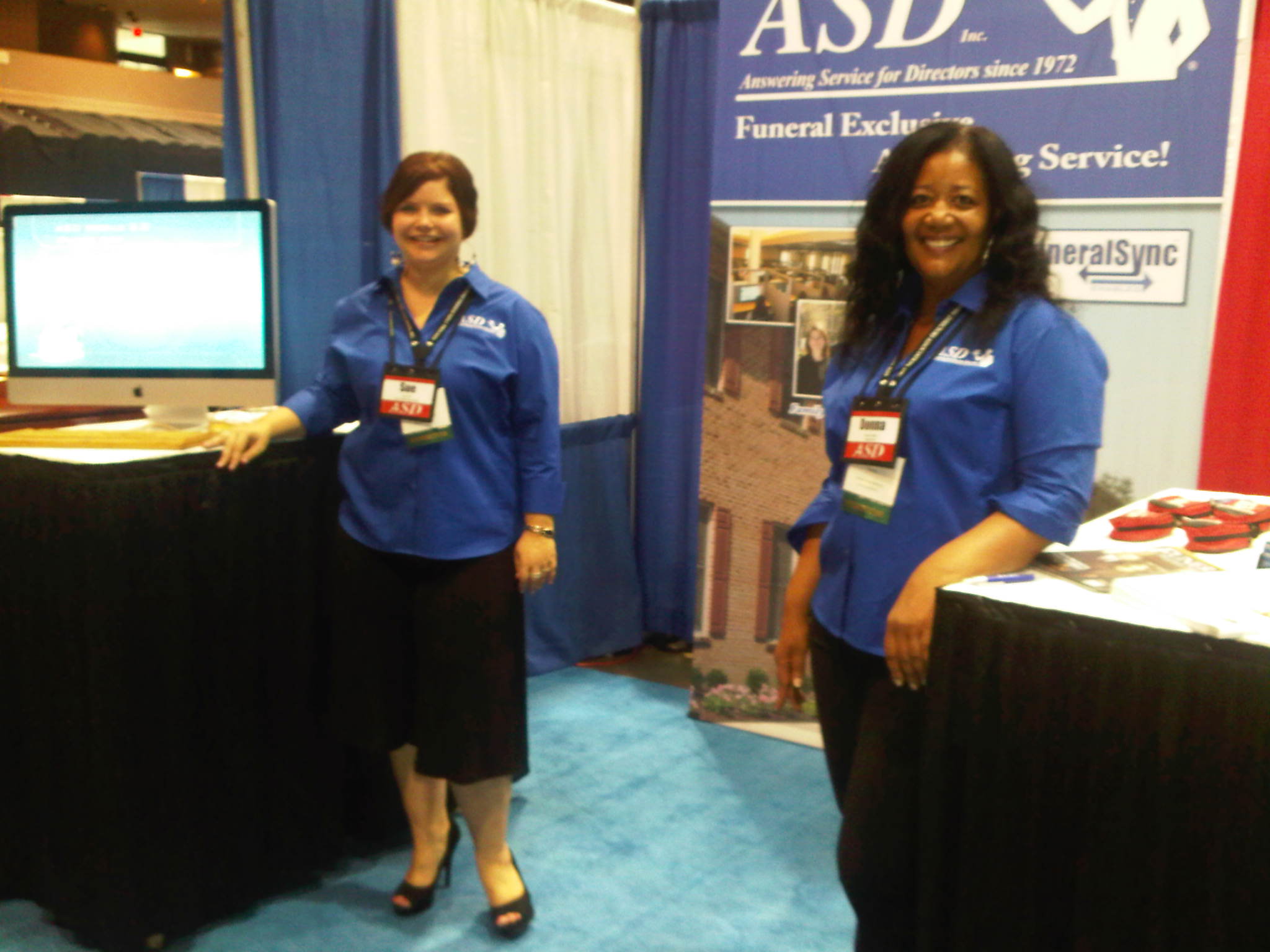 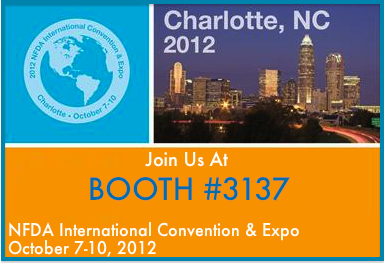 ASD is proud to sponsor American Funeral Director Magazine's Funeral Conference at Yankee Stadium on September 14. Funeral Service: A Whole New Ball Game will feature a dynamic lineup of speakers who will share their insights on how to win with customer service, increase cremation profitability and create better connections with families. Afterwards, directors will have an opportunity to tour Yankee Stadium's Monument Park before heading to a private, luxury suiteto watch the Yankees take on the Tampa Bay Rays. This unique conference allows funeral professionals to network with their peers in a relaxed and enjoyable atmosphere. Reserve your seat today: only 100 seats available for this exciting event. Click here to learn more.

Sensitive Save of the Week Winner

This week, our Call Specialist Isabel handled a late night call from a woman who was distraught after her husband had stopped breathing at home. The woman was very shaken up on the phone and, after confirming that 9-1-1 had been contacted, Isabel was able to calm her down by patiently listening and offering assurances that the director would be able to assist her with making Pre-Arrangments immediately. Isabel is this week's "Sensitive Save of the Week" winner.

Less Than One Month Left to Vote for ASD Mobile!

There is still time to cast your vote for the National Funeral Director Association 2012 Innovation Award. ASD's powerful Smart Phone application, ASD Mobile, was selected as a finalist by a distinguished panel of judges. The winner will be announced at the Opening General Session of the NFDA 2012 International Convention in October after the funeral service community has an opportunity to vote online. When designing the app, our technical team realized that funeral directors required more than just a scaled down version of ASD's website. With break-through push notification technology, the ASD Mobile app functions as a two-way channel capable of transmitting and receiving information. We are grateful to the NFDA Judging Panel for recognizing the value and efficiency that the ASD Mobile delivers to funeral professionals. We are looking forward to the upcoming NFDA convention and the opportunity to demo the ASD Mobile app in person. Click here to vote for ASD Mobile.