Being able to reach a live person at a funeral home is vital to creating a positive first impression and protecting new business. Unfortunately, many firms are inundated with calls from telemarketers and recorded solicitations that tie up phone lines, waste staff time and prevent critical calls from getting through. To ensure this does not affect directors when their lines are forwarded, ASD invented Solicitor Shield™, a powerful and one-of-a-kind telephone spam blocker.

Earlier this year, ASD’s Solicitor Shield™ set a new record by blocking more than 1,000 automated solicitations in a single minute. Phone lines throughout the country were flooded with a barrage of incoming calls, all tracing back to three toll free numbers. These “spam” calls would have been a nightmare for most call centers, but ASD’s operations were unaffected due to our company’s protective Solicitor Shield™ feature.

In addition to blocking dial storms from spam callers, you and your staff can also select specific numbers that you would like ASD to block. This empowers you to prevent annoying telemarketers from tying up the funeral home. Currently, you can add phone numbers to your block list 24/7 by calling a Supervisor or visiting myASD.com. Coming soon, this tool will also be available on ASD Mobile 3.0. 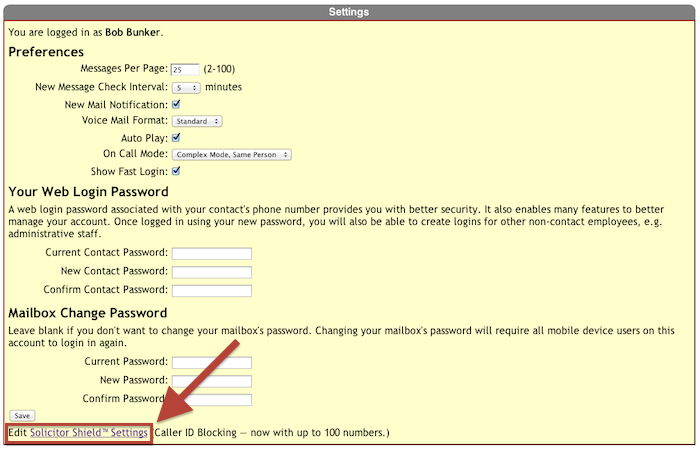 Push Notification Settings can be updated anytime by visiting the Settings page on myASD.com. 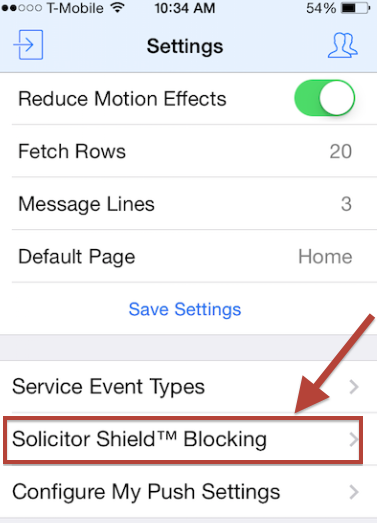 Coming Soon: ASD Mobile 3.0 will allow you to add numbers to your Solicitor Shield blocklist while on the go.

On average, ASD answers approximately 14,000 calls per day with 90 percent of all calls by the first ring and 98 percent by the fourth ring. Solicitor Shield™ enables us to forecast our call volume in advance and schedule accordingly, allowing our company to answer calls more promptly than at other call centers. Assisting callers without delay protects your funeral home’s reputation for excellence and lets families know they are a high priority every time they call.

“Funeral Directors rely on ASD to promptly and compassionately answer their phones when they cannot. Solicitor Shield™ helps make that possible,” says ASD Vice President, Kevin Czachor. “Our clients also save money because they are not charged for those annoying phone calls. This is just one of the many details that sets ASD apart from the thousand other answering services in business today.”

Tags: News for the Funeral Profession, About ASD
Category: