The inventive team behind ASD’s communication solutions has built mobile tools for funeral directors as well as an answering service system that allows our call center to operate efficiently. In our effort to highlight our Tech team, we wanted to share some of the history abehind ASD’s patented technology solutions. This is Part 2 of a 3-part series that will explore ASD's proprietary technology.

If you’re familiar with ASD, you may already be aware that we offer funeral professionals a wide range of mobile tools and technology. What you may not be aware of, however, is that every one of the features we have created started out as a problem. When a funeral director shares a communication dilemma he or she has experienced, it provides the foundation for every new idea formed at ASD. Eventually, a new solution evolves from this idea to specifically address the problem. By working with funeral homes across the country, ASD has discovered and introduced some incredible telecommunication advancements. Last month, we explained how ASD’s First Call Connect® helps funeral homes connect more seamlessly with families in need. Our blog feature detailed how ASD was awarded two separate patents by the United States Patent Office for this feature and how it has transformed communication for on-call directors.

The second installment of our Patent series will discuss how the idea for ASD’s Solicitor Shield™ tool was born and how this feature evolved to become the most powerful telephone spam blocker in existence.

Solicitor Shield™ is the only answering service tool proven to dynamically shield against dial storms from unwanted, automated solicitors. ASD’s tech team designed this feature after noticing an increasing number of robocalls flooding phone lines and preventing critical calls from getting through. As part of our mission to answer every call as promptly as possible, we began searching for safeguards that could be built into our system to direct these recorded solicitation calls elsewhere. Solicitor Shield™ was born as a result of these efforts.

ASD has documented incidents when, in a single minute, a barrage of incoming calls tracing back to just a few toll-free numbers flooded phone lines throughout the country. These automated messages tend to target specific business professions with specific "sales pitches". While this can cause major headaches at other call centers, our Solicitor Shield™ tool can recognize an incoming dial storm and immediately direct these calls to a “junk” mailbox to ensure phone lines are not tied up. On an average day, ASD’s Solicitor Shield™ system automatically blocks 3,500 recorded solicitations.

Assisting callers without delay lets families know they are the highest priority every time they call. Solicitor Shield™ helps ASD Call Specialists to answer calls at a faster rate than other call centers. Currently, ASD answers 90 percent of all calls by the first ring and 98 percent by the fourth ring. Unlike other answering service companies, we can provide this unmatched level of service without putting callers on hold to answer other calls. Our tools are sophisticated enough to anticipate an incoming flood of calls and prevent issues before they occur. During the worst dial storm on record, our system successfully blocked more than 1,000 spam calls in less than a minute. In addition to blocking spam callers, Solicitor Shield™ allows ASD clients to block specific numbers from repeat callers. 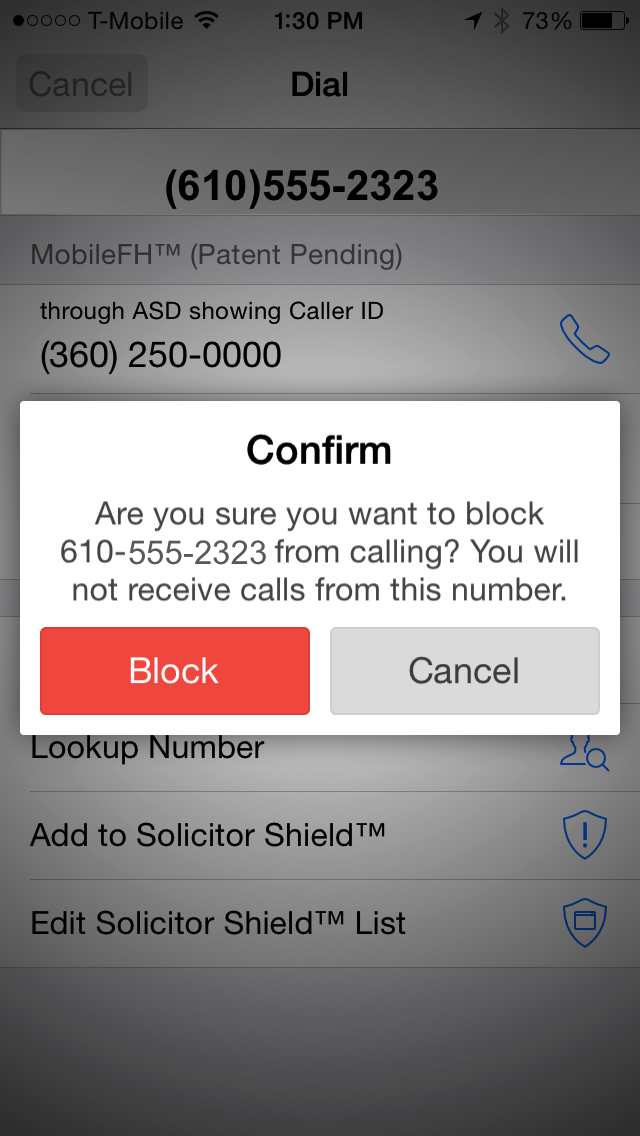 ASD clients can add specific numbers to their Solicitor Shield™ block list on myASD.com or on the ASD Mobile app

According to ASD Vice President, Martin Czachor, Jr., “The ASD Tech Team has developed the systems and software platforms used daily by our employees, as well as our customers. This provides ASD the ability to modify our systems to enhance our service or provide a completely new solution.”

Late last year, ASD discovered a method of further reducing the number of automated messages that we receive. Initially, our system was rejecting these phone calls so they never reached a person. We discovered we could route these phone calls into a voicemail that provides simulated caller responses such as, "tell me more". By ASD providing a "false positive" to these robocallers, their automated system will then transfer the call back into the solicitor’s own call center. As a result, these persistent companies now have no choice but to greatly reduce the number of recorded solicitations they place to Funeral Homes

ASD implemented this change in late December 2014. You can see from the graph below this has had a very positive impact! 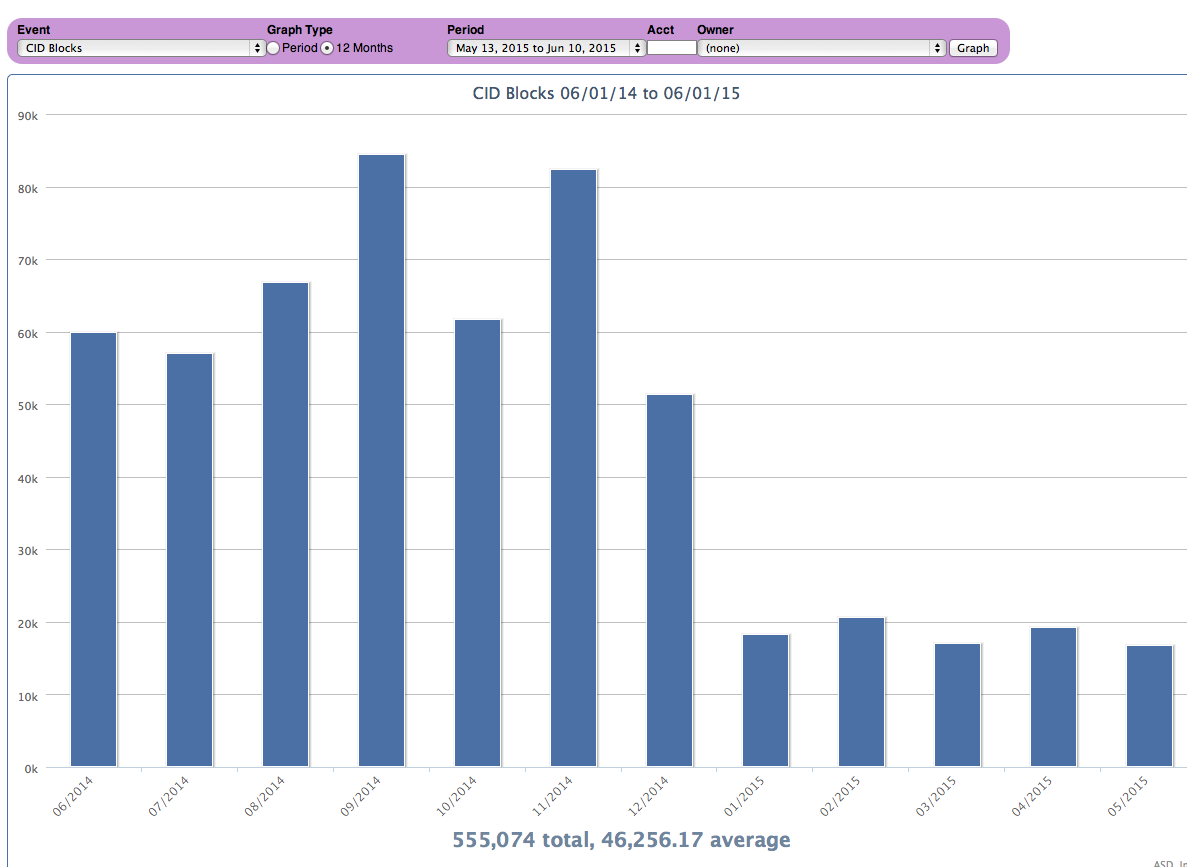 In 2014, ASD was routinely blocking 60,000 phone calls every month and this year robocalls are now averaging under 20,000 per month, reduced by a factor of 300%. This change positively affects EVERY funeral home in the United States! 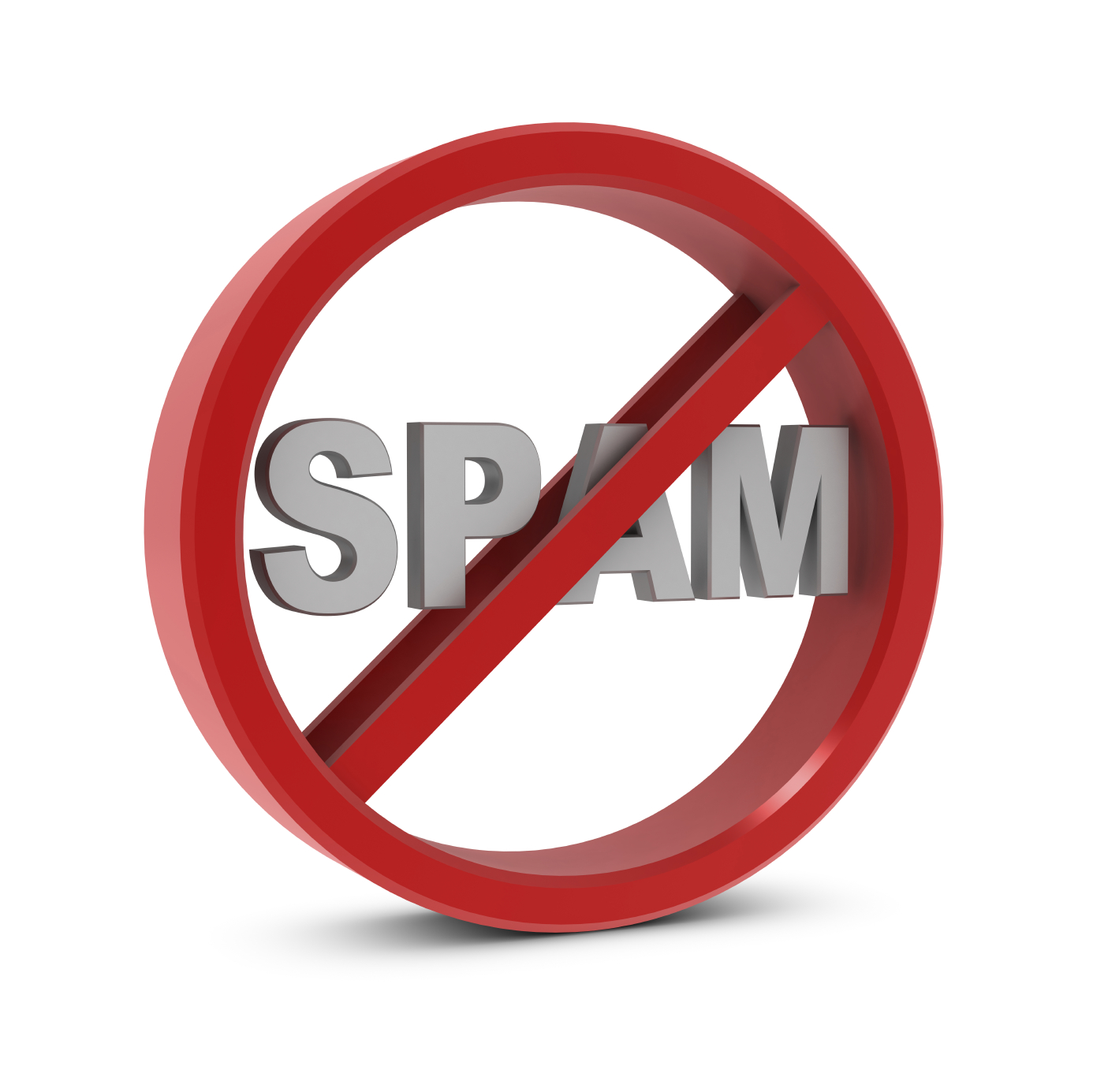 “Funeral Directors rely on ASD to promptly and compassionately answer their phones when they cannot. Solicitor Shield™ helps make that possible,” says ASD Vice President Kevin Czachor. “Our clients also save money because they are not charged for these blocked calls from telemarketers. This is just one of the many details that sets ASD apart from the other thousand answering services in business today.”

If you would like to learn more about the benefits of SolicitorShield™ and ASD’s other tools for growth, please contact us at 800-868-9950.

Be sure to visit our blog next month to read Part III of ASD’s patent series on the history and technology behind our Aural Volume Feedback internal feature.

Click here to read Part One of this series.