Favorite ASD Feature: "I recently "graduated" to a 4G Smart Phone like my wife's and I enjoy the ability to post and update services "on the fly" with the ASD Mobile app- like when we're sitting in church during a funeral service. That sort of thing always had to wait until we arrived back at the office before," David says. "ASD is even more important to us than ever now due to the fact that a paging company servicing a good chunk of MO for decades was "turned-off" a few months ago."

Favorite Pastime: As both a Patriot and Motorcyclist, David has travelled across the country visiting battle sites, graves and monuments that mark a major event in America's history. This year, David completed a bucket list trip called America's Ride 2013 that took him on a 3,000+ mile journey from his home in Missouri to New York City in less than 6 days on his Goldwing motorcycle. The purpose of the trip was to honor and remember the lives that were lost the morning of 9/11. David had an opportunity to visit the Pentagon and Flight 93 Memorial Sites with the trip concluding at Ground Zero in New York City. David is also a proud member of LeadBelt Patriot Guard Riders and has also completed a ride with that group which took him from Antietam Battlefield in Sharpsburg, MD to Saratoga National Cemetery in Saratoga Springs, NY. The group was escorting a NY Civil War soldier's remains back home. 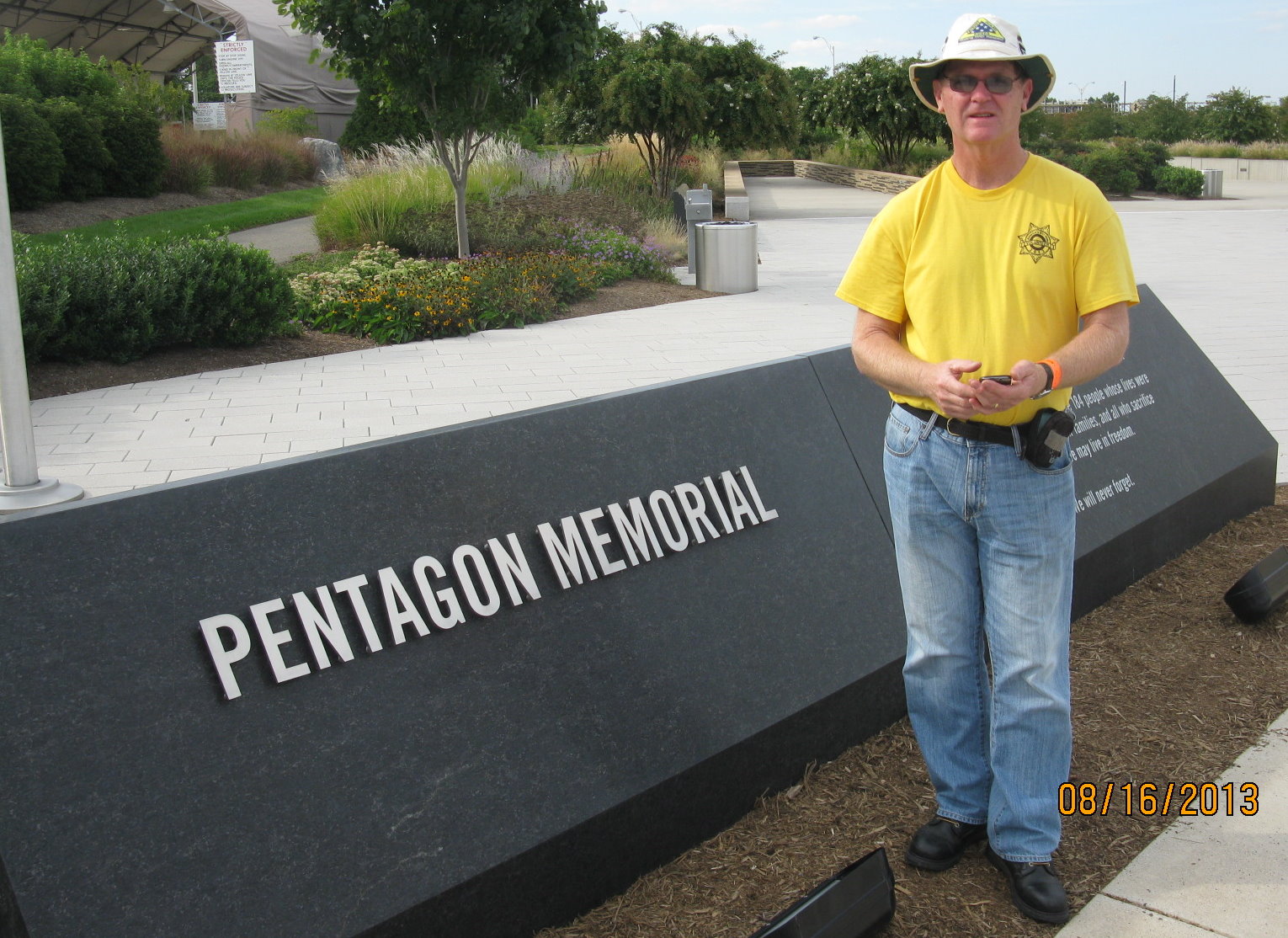 David in front of the Pentagon Memorial in DC and at the Flight 93 Flight Memorial in Shanksville, PA

“Seeing NYC get larger & larger on the horizon as we approached and then driving through NYC & down through Times Square to Ground Zero was very special and also very humbling at the same time," David says.

Thank you to David Taylor for allowing us to feature you in our blog this month.

We would love to share more photos of funeral directors enjoying their favorite pastime. Send us a photo of you engaged in your favorite hobby or activity for us to share and show others what you love to do when you're not doing outstanding work at your funeral home! Please email all photos or inquiries to jess.fowler@myASD.com.