ASD In the News and on the Road

This has certainly been a newsworthy week here at ASD. We were just featured on the cover of the July/August issue of Funeral Business Advisor for our award-winning smartphone app, ASD Mobile. Our two articles, Using Statistics to Grade Your Answering Service and ASD’s 2013 Funeral Telecommunications Survey, were just published in Kate Boyston’s Funeral Director’s Guide to Statistics (2013 version). Finally, we were visited earlier this week by Philadelphia’s Fox29 News team who were at ASD to record a segment about our exercise workstations.

In today’s rapid business climate, funeral professionals are pulled in a dozen different directions. While an increasing number of industries have shifted towards automation, funeral service remains deeply invested in tradition and personal service. The stress factors that burdened directors 50 years ago such as an unpredictable schedule and labor-intensive tasks still exist. Today’s funeral professionals face added challenges due to society’s demand for instant results.

The expectations of the public have shifted considerably yet few tools are available to help funeral homes streamline their operations. As a result, directors are forced to stretch themselves even further than in the past. In 2011, ASD – Answering Service for Directors set out to develop a mobile app that would provide more efficiency and convenience to funeral directors. The company’s Smartphone app, ASD Mobile for iPhone and Android, has enhanced communication for thousands of funeral homes nationwide. 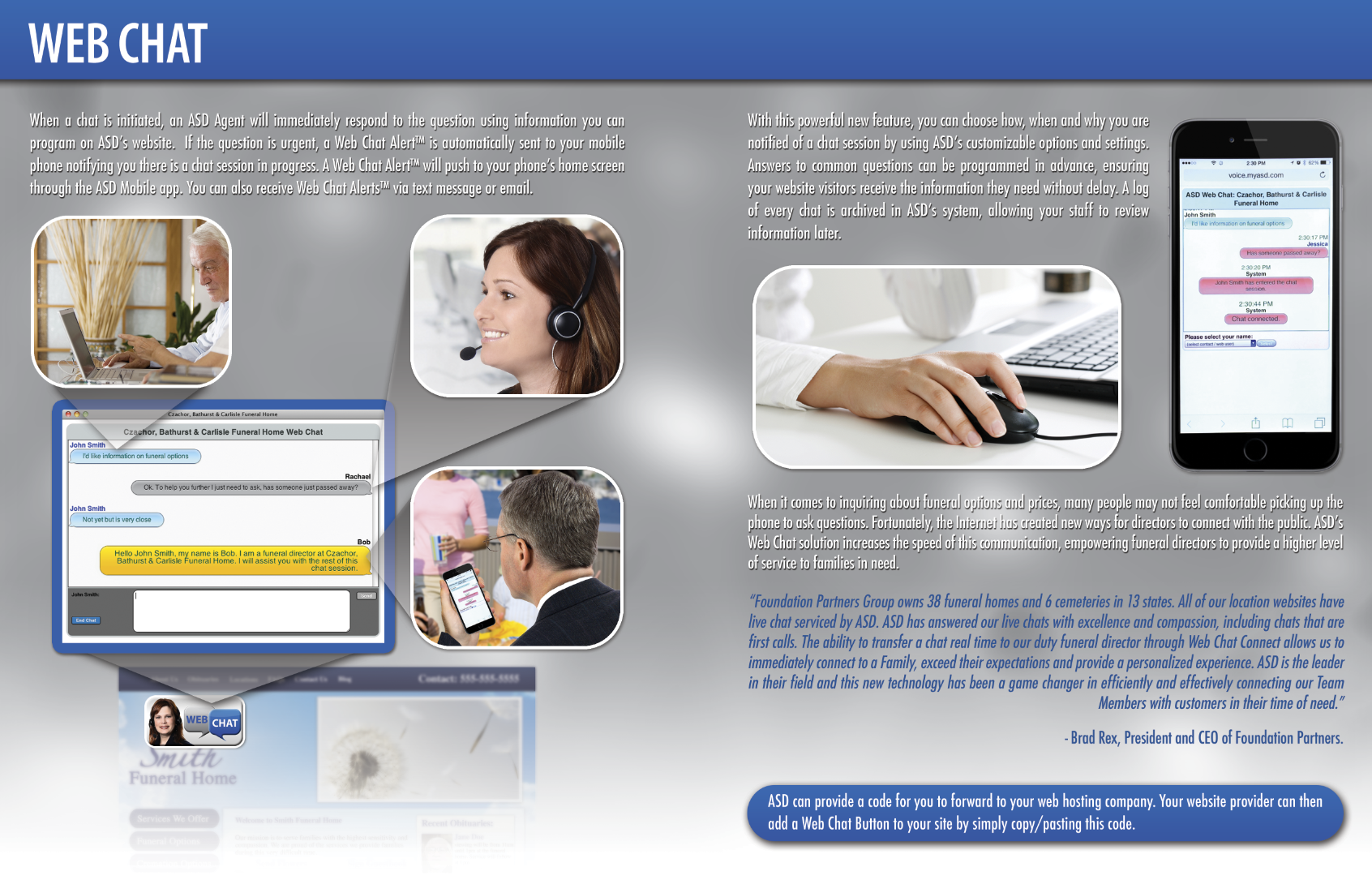 Click here or on on the screenshot above to continue reading.

For better or worse, the first impression others have of a funeral home may determine its reputation for years to come. As a funeral director, there are a multitude of small details you must refine on a daily basis. From updating the appearance of your chapel to polishing the look of your website, it is crucial to create a welcoming atmosphere for visitors. However, with so much focus on the visual elements of your funeral home, it may be easy to lose sight of the enormous impact of telecommunications.

According to IBM, telecommunications has experienced more change in the past decade than in its entire history. In 1999, only 15% of the world’s population had access to a telephone; by 2009, nearly 70% had mobile phone subscriptions. For funeral homes, these changes signify the importance of recognizing the telephone as a vital communication tool and taking steps to safeguard every call.

ASD – Answering Service for Directors recently conducted research on the telecommunication trends and behaviors of the funeral service profession. The information gathered was based on feedback from more than 300 funeral professionals. Mobile Phones

More than half of all funeral directors surveyed prefer the iPhone (about 52 percent) to other models with Android coming in as the clear second choice (about 25 percent). More than 80 percent of funeral directors surveyed are using some type of Smartphone. However, more directors prefer an outdated flip or slide phone than either the Blackberry (nearly 5 percent) or Windows Smartphone (3 percent). Click here to continue reading

We were excited to have Joyce Evans and the FOX 29 news team visiting ASD this week to learn about our unique exercise workstations. Joyce interviewed several ASD employees about how our exercise workstations improve their overall mental and physical health while providing an energy boost to the office. We expect the segment to run sometime in the coming months and look forward to sharing it with everyone. Here are some photos of the Fox29 News visit: 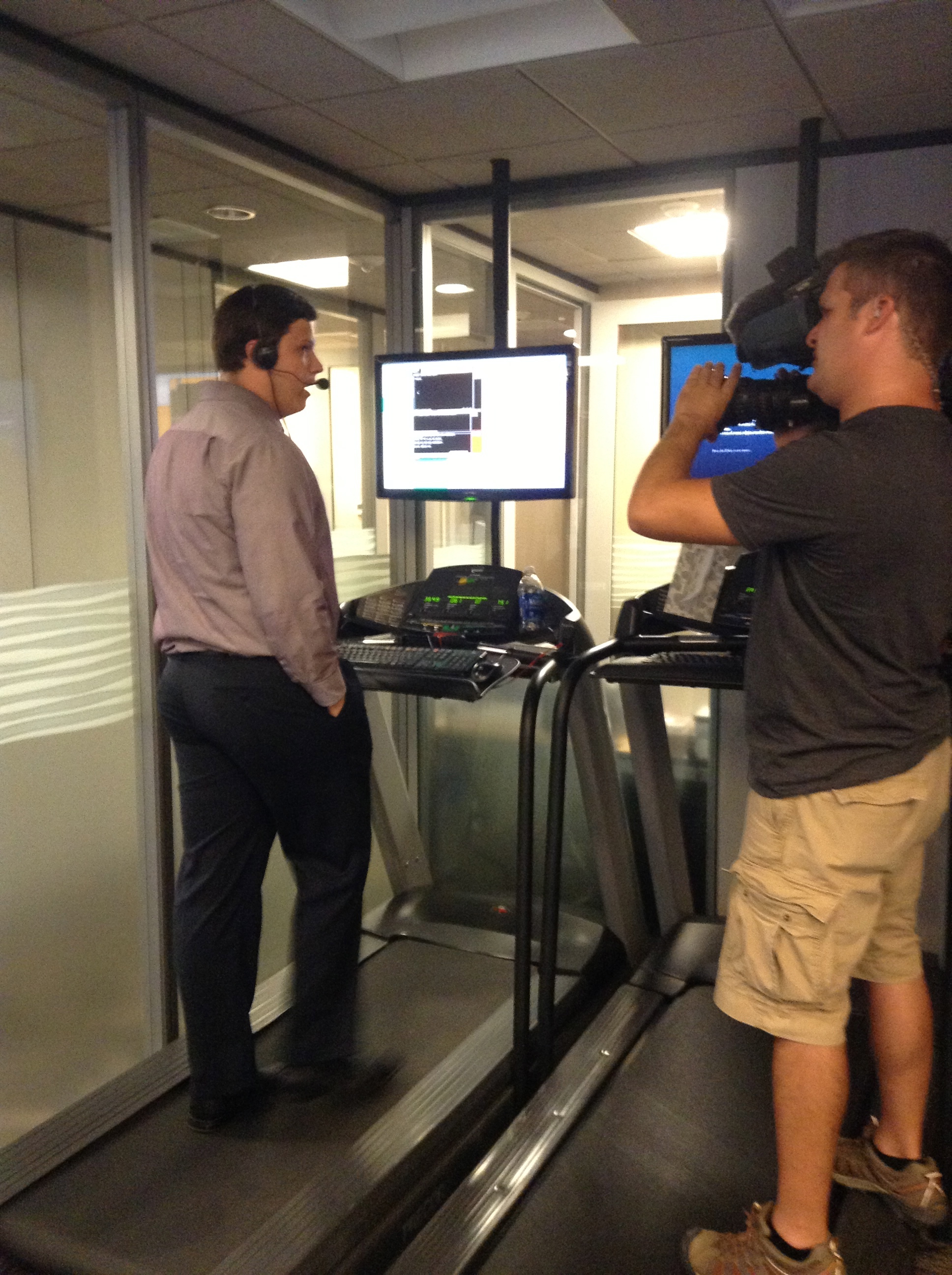 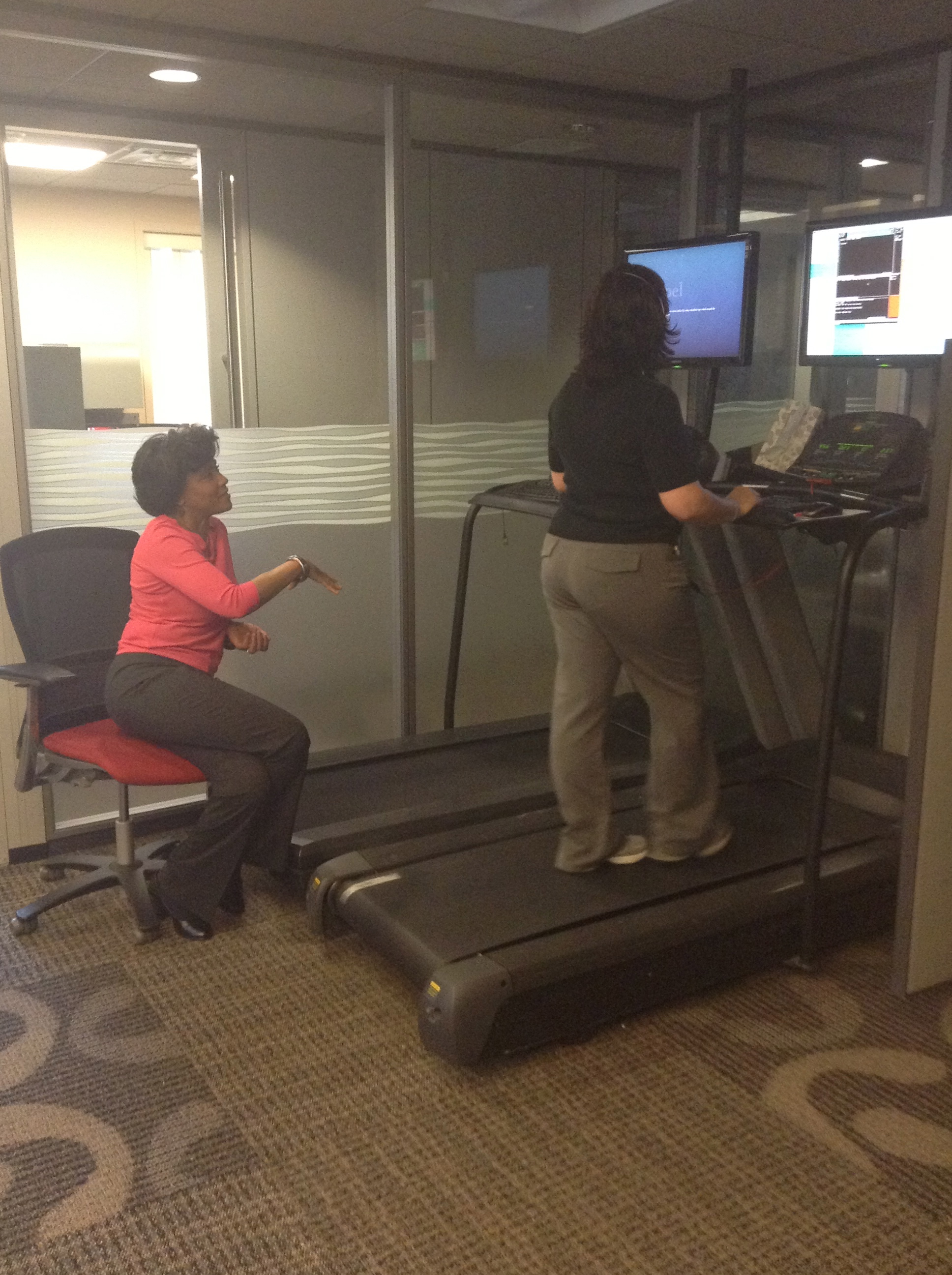 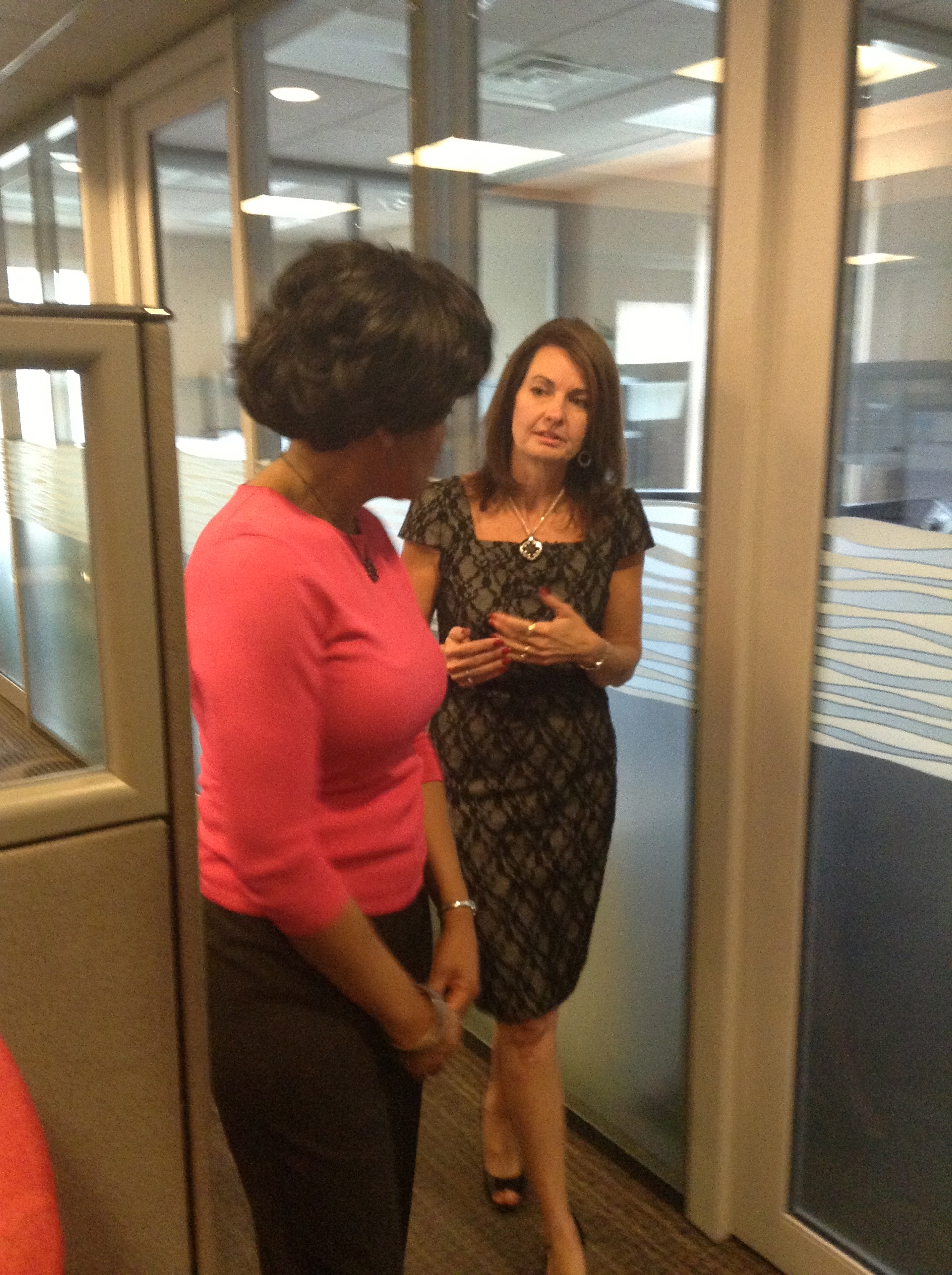 ASD on the Road

ASD Family-Member Owner and Vice President, Kevin Czachor, and Business Development Manager, Mary Ann Carlisle, had a wonderful time talking to friends and clients at the FCCFA convention in Naples. We enjoyed seeing everyone and having an opportunity to discuss the latest funeral trends. Thank you to everyone who stopped by our booth! 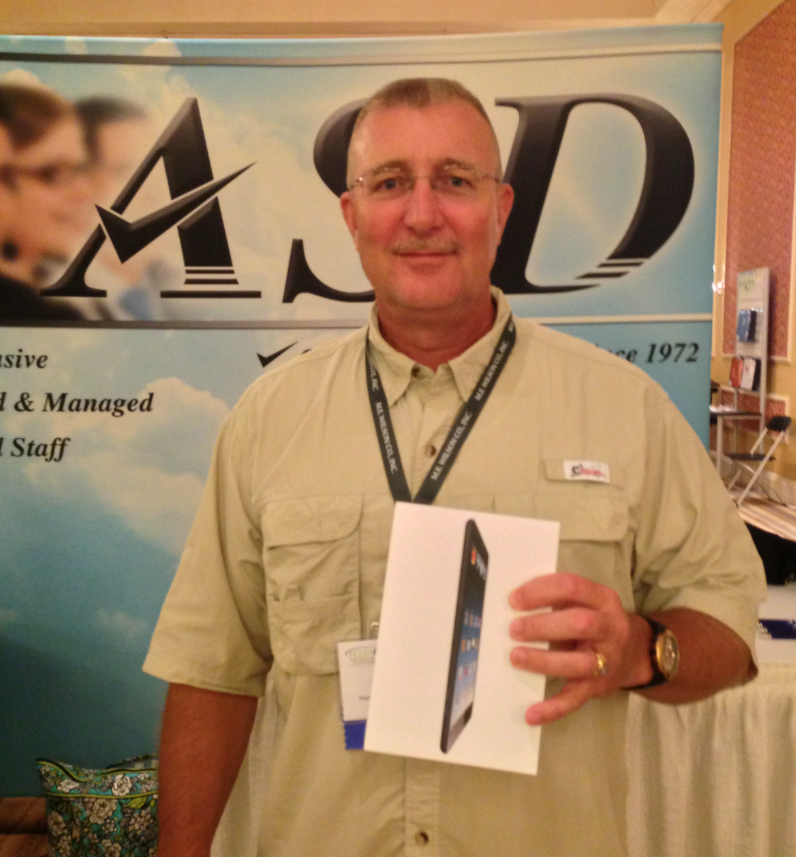 Congratulations to Mark Kays at Kays-Ponger & Uselton and Lemon Bay Funeral Homes on winning the iPad Mini ASD raffled off at the FCCFA convention. We hope you enjoy it! 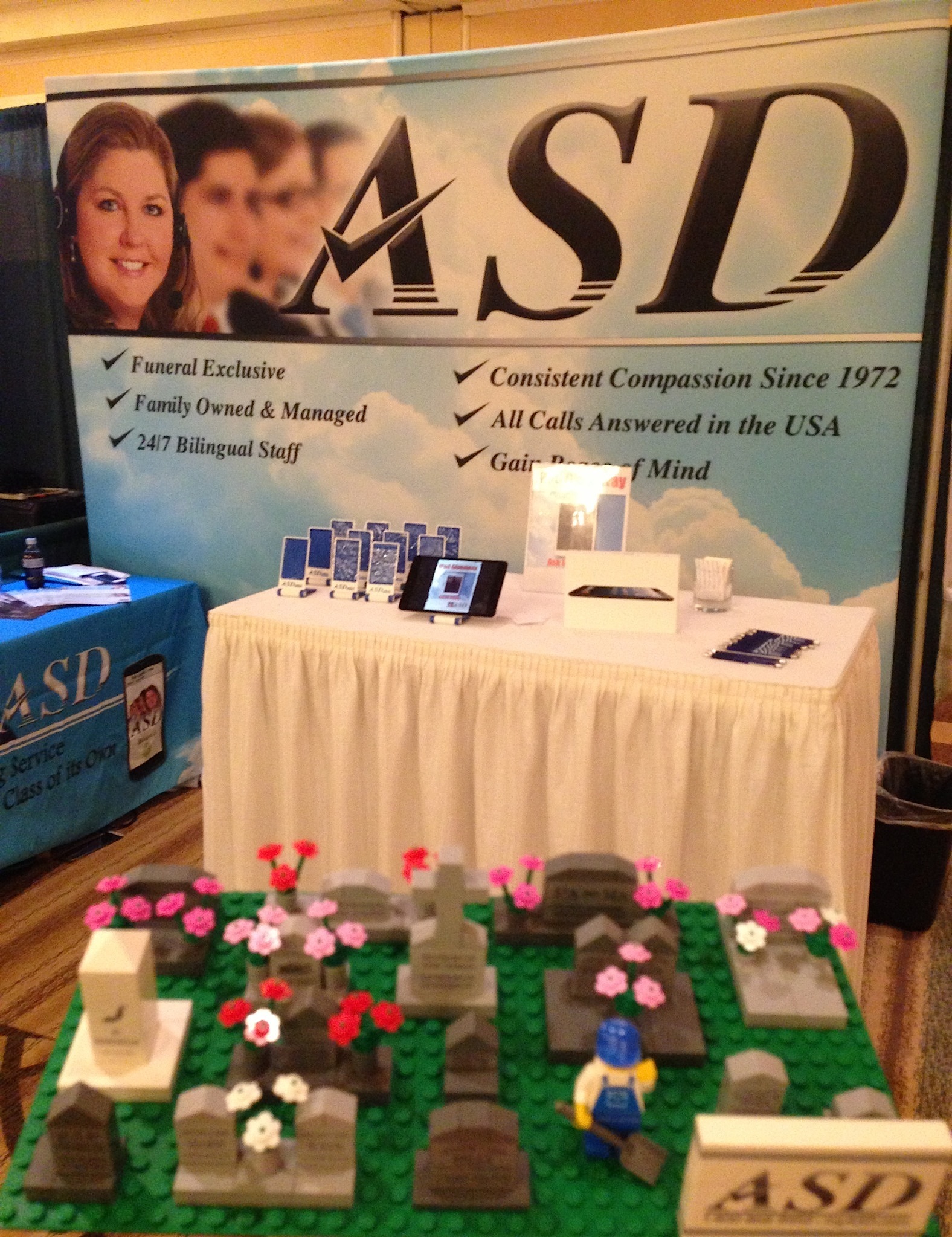 Check out our Cemetery Lego Set on display at our booth at the FCCFA Convention. We'll be giving away more at future shows later this year, so be sure to drop by our booth for your chance to win one for your desk! Earlier this year, ASD posted an image of a Lego Cemetery set from eBay. The image went viral online and many directors commented that they wanted one for their office. For awhile, it appeared as though it was sold out but ASD made special arrangements with the seller so we could give funeral directors a chance to take home this unique gift. 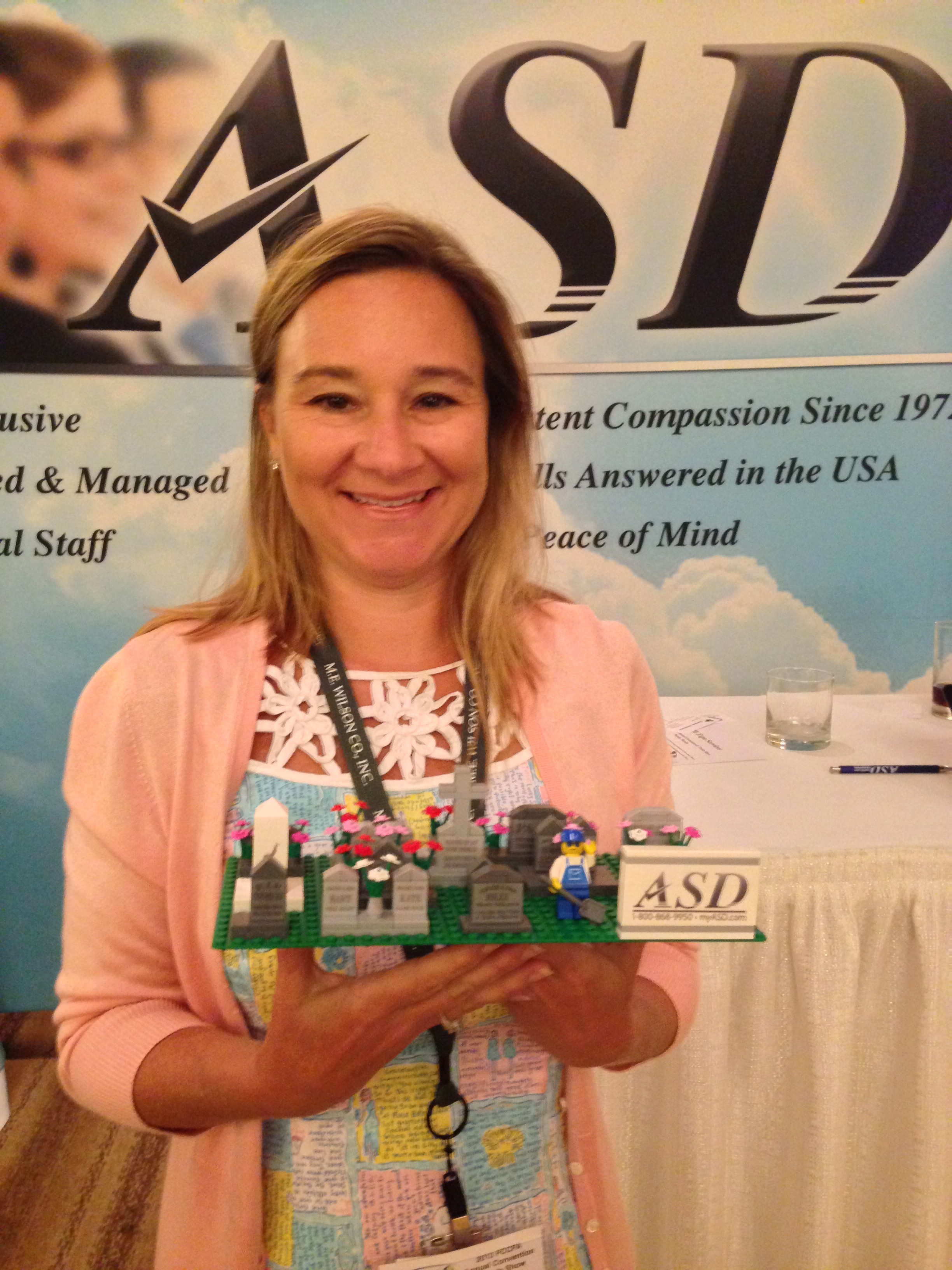 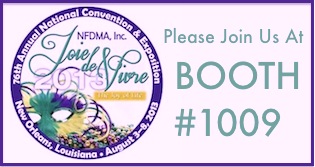 ASD's Sensitive Save of the Week

The unpredictable nature of death often requires Funeral Directors to react to situations at a moments notice. At ASD, we understand that receiving advance notification of a recent passing helps you to better prepare before handling the first call. This week our Call Specialist, Kristen, answered a call from a woman who wanted to verify the funeral home’s address. The caller nearly hung up after the information was relayed, but Kristen asked if her call was regarding a passing. The woman, it turns out, had just lost her mother but thought that she should wait for a hospice nurse to arrive before speaking to someone at the funeral home. Kristen assured the woman that a director could speak to her without delay and contacted the on call director. She is this week’s Sensitive Save winner for ensuring that the director had time to prepare before arranging transportation for the deceased and that the caller understood her needs were of high importance to the funeral home.

For more information on the latest news at ASD, be sure to subscribe to our email newsletter.