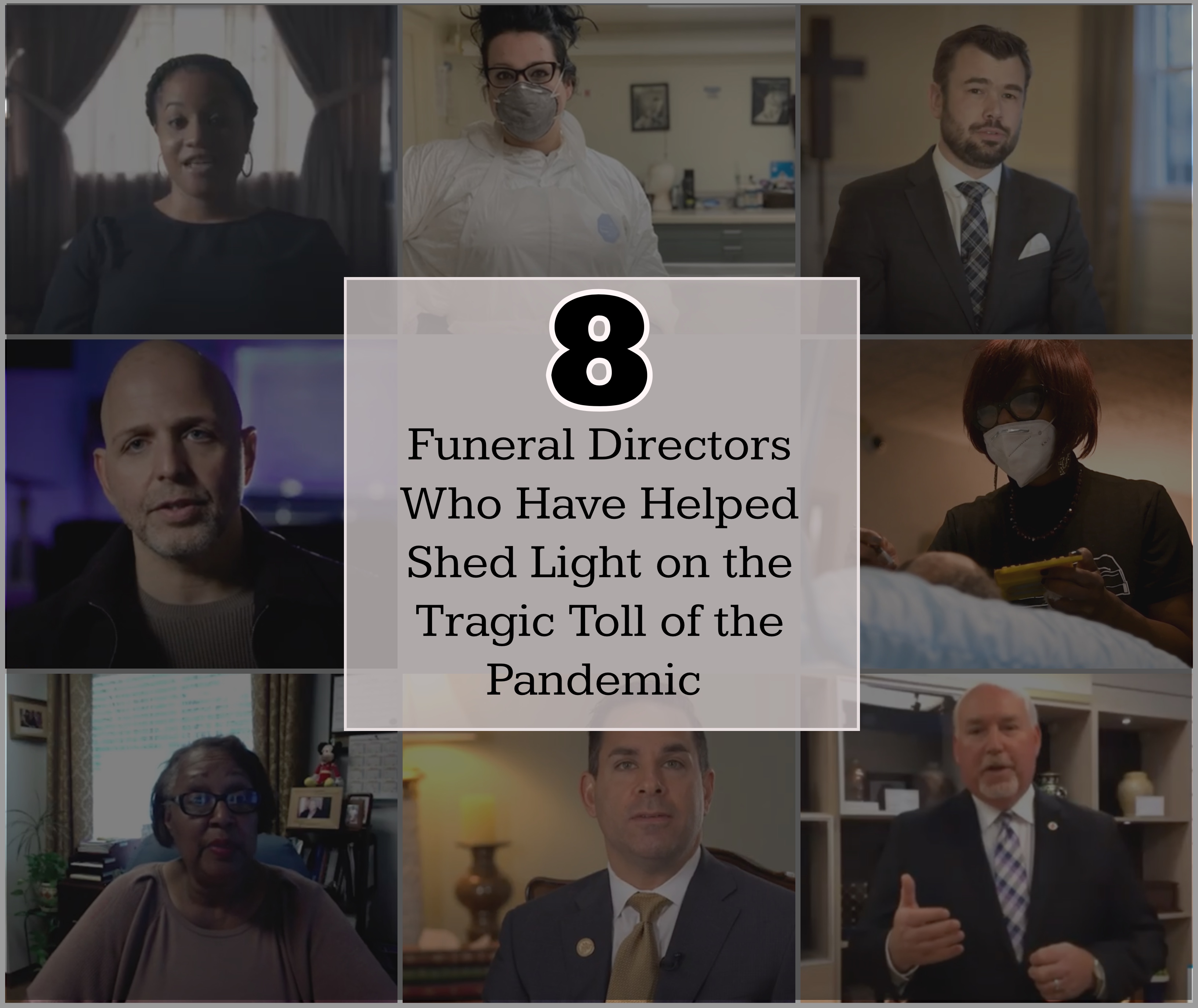 When historians look back on this deadly coronavirus pandemic that has wreaked havoc upon our world, they will have a great wealth of information at their disposal. Between all of those carefully constructed charts, colorful maps and meticulously drawn graphs, there are enough metrics to keep a statistician busy for a lifetime. Yet, what all of that data fails to account for is the emotional impact on humanity after such an event, and nothing underscores this more than the stories of the heroes on the frontline that continue to live through it.

When it comes to grasping the magnitude of tragedy caused by COVID-19, deathcare professionals have become the witness bearers. Sharing their experiences has helped shed light on the human cost of this pandemic. This is by no means an easy thing as funeral directors have been thrust into the spotlight and asked to recall details most would rather forget. Many have invited camera crews and reporters into their chapels, despite barely having enough time to get a few hours of sleep each night, all because they understand how important it is for their stories to be told.

There have been several articles published that talk about a lack of collective grief for the victims of COVID-19 and some have attributed this phenomenon to deaths occurring out of sight behind closed doors, making them seem somehow less real. Funeral directors have taken an active role in trying to lift the curtain so more people can understand the reality and show empathy towards the families shattered by this pandemic.

Below are 8 funeral directors featured in videos that helped shed light on the devastating human cost of COVID-19.

At the peak of the pandemic in April, when about 800 people were dying every single day in NYC, Pat Marmo of International Funeral Service of New York was the funeral director who spoke out on behalf of all the funeral homes in the city who were completely overwhelmed. He invited a reporter from Business Insiderto follow him during one of the darkest days of the pandemic. When you watch the video back today, what hits you the hardest is Pat’s plea for assistance. It was a cry for help, on behalf of himself, his staff, other funeral directors in New York and all of the families who lost loved ones.

“I’m hoping somebody steps in and tries to help us come up with a solution, especially if people are passing away at this magnitude and it gets worse. I…I don’t know.”

Months later, Pat was featured in another video where he reflects back on that time and talks about how chaotic and unsettling it felt. He describes handling services for families who had lost multiple loved ones to the pandemic and funeral directors lining up in the rain to collect bodies from refrigerated trucks. Pat most certainly never imagined he would one day become a voice speaking out on behalf of all funeral directors in New York after a mass casualty event and he deserves to be recognized for stepping into the role despite all the trauma he was faced with.

"I allowed the families to come and say goodbye. That was the decision I made, but I paid greatly for that, because the stress that caused my whole staff."

In this short but powerful video, funeral director, Madonna of The Madonna Multinational Home for Funerals in Passaic, NJ opens up about losing a close friend to the virus and discusses how COVID compares to her experience handling funerals during the AIDs epidemic.

“I couldn’t even grieve properly because the onslaught just hit us so hard. I couldn’t even take time to really ponder his death because I had so many other people to take care of.”

Matthew Fiorillo of Ballard-Durand Funeral Home in White Plains, NY (located about an hour outside of NYC) is featured in this moving profile video. In it, Matt describes the many layers of challenges funeral directors were facing last spring. Matthew opened up about his own personal fears of working during a pandemic and the stresses of dealing with the non-stop incursion of new cases that were coming in 24/7. In the video, you can see Matthew struggling to respond to the constant flood of phone calls. He also discusses the bottlenecks at crematories and cemeteries which caused major delays, the crucial need for PPE and the impact of social distancing regulations on grieving families. One of the most powerful moments in the video is when Matt talks about how all funeral directors are in this together and praises firms in other states that have stepped in to help him.

“Every morning when I get up to go work, I’m scared. I’m scared for my health and for my employees. As soon as I get through the front door, my focus shifts and I don’t have time to be scared anymore. It shifts towards families that need our services, the families that entrusted us with their loved one.”

Since the early days of the pandemic leading up to today, funeral directors have struggled to be properly recognized as essential workers who should receive priority access to PPE and vaccine distribution. Funeral professionals are often disregarded by state or city health departments and end up last in line for these essential supplies, despite their constant exposure to the virus. This has been an ongoing issue both national and state funeral home associations have endeavored to correct.

Carol Williams, the executive director of the National Funeral Directors and Morticians Association and director of Carl M. Williams Funeral Home in Atlanta, GA spoke out about this problem in an effort to bring more attention to the struggle they’re facing. Her words from several months ago about PPE are even more relevant today as several states have completely overlooked funeral professionals during their vaccine rollout.

“They’re saying that we’re not first responders so we’re not first on the list...I think that society forgets that when we’re dealing with a virus, that virus is still alive when the person dies. So, we still have to make sure we’re protected so we don’t get the disease.”

In this compelling video interview, Lauren Bowser, a mortician at Douglas R. Loikith Funeral Service in Randolph, NJ candidly recalls picking up the bodies of COVID-19 victims that were stacked inside refrigerated trucks and the surreal nature of this experience. Lauren’s words about staying grounded in her calling to help humanity resonate now more than ever.

After New York City funeral homes reached capacity, many families began turning to funeral homes in the surrounding suburbs for support. In this affecting video, Funeral Director, Clive Anderson of Pelham Funeral Home in Pelham, NY describes receiving calls from families who had tried contacting dozens of funeral homes before him. Clive talks about the surreal nature of receiving more phone calls in 13 days than he typically would all year and reflects on how difficult it was for families who were denied a chance to give their loved one a proper send off. We were especially moved to hear Clive explain how his faith gives him strength in the face of the pandemic’s many difficulties.

“My philosophy is I never say no. I can’t say no. How do you say no to someone who has lost their loved one? It’s inhumane to say no.”

In this moving video, funeral assistant, Simone Churchman of James E. Churchman Funeral Home in Newark, NJ discusses how African American funeral homes have been specifically impacted by the pandemic. Simone examines some of the disparities she has noticed in underserved communities in terms of access to PPE and the waiting period for cemetery burial space. The interview was conducted when gathering restrictions were at their strictest and Simone speaks openly how not being able to bring people together has deprived her community of their beloved traditions. In the video, you can actually see Simone having to ask family members to leave during a visitation so others could be allowed in. This moment really put into perspective what funeral professionals were dealing with during the most difficult days.

“Right now, there’s no funerals as we know them. There are only private visitations with only five people at a time. We’re having to control the flow and it’s very difficult. Especially in the black community, funerals have always been a time of celebration. I feel like that aspect of celebrating one’s life has kind of been taken away from their final goodbye.”

Founded in 1861, Bonney Watson Funeral Home has served families in the Seattle, WA area through two pandemics. In this thoughtful interview, President and CEO, Cameron Smock, explains some of the similarities and differences between how the funeral home responded to the 1918 Spanish Flu pandemic and COVID-19. Cameron discusses the role of technology in giving families a way to come together safely despite pandemic restrictions. He also examines how the recent innovations funeral directors have come to rely on such as live streaming technology and virtual arrangement software will still be utilized after the pandemic goes away.

“Obviously, back in 1918 we really didn’t have technology like we do today. So, back in 1918 we were really focused on just trying to deal with the sheer increase in the number of deaths, where now we’re really trying to help families who have ritual and tradition that they uphold when a loved one dies. With the restrictions in place, we’re really trying to help them adapt and still be able to find meaningful ways for ritual.”

We commend all of the funeral directors featured in the videos above for sharing their personal stories and opening up about what has likely been the most difficult period of their careers. During these strange times when something as simple as just acknowledging the devastating toll of the pandemic can be seen as something controversial or partisan to some, it is a brave thing to open your door to the world and say, “this pandemic is real, spend a day in my funeral home and see for yourself.”

Thank you, Pat Marmo, Madonna, Matt Fiorillo, Carol Williams, Lauren Bowser, Clive Anderson, Simone Churchman, Cameron Smock and every other funeral professional out there who has helped shed light on the tragic toll of the pandemic. We appreciate you speaking candidly and sharing with all of us what you have experienced. Thank you for helping to ensure history records the herculean efforts made by funeral professionals during this unprecedented time. 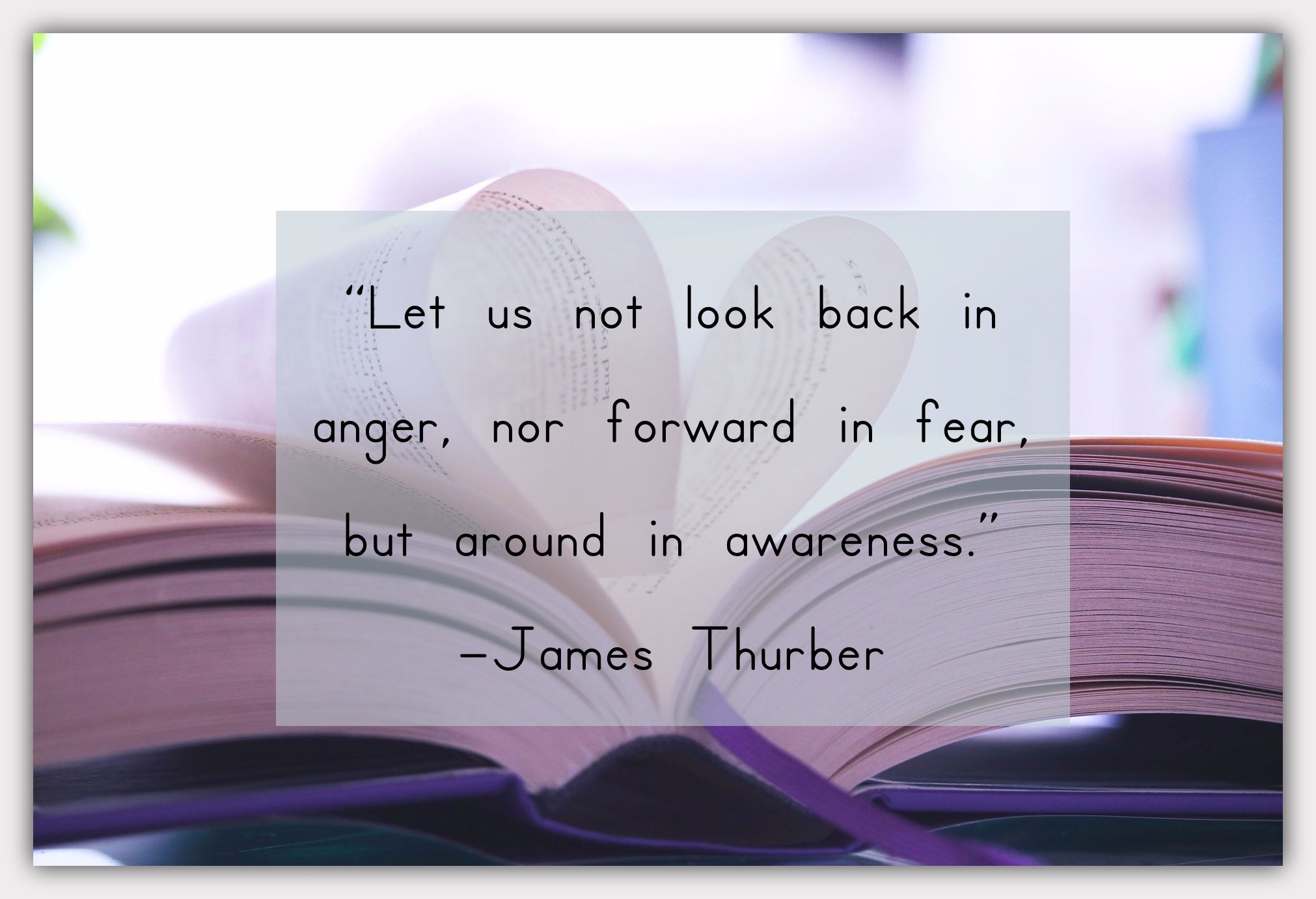 8 Times We Were Moved by Funeral Services During the Pandemic

How Funeral Service is Adapting to the COVID-19 Outbreak