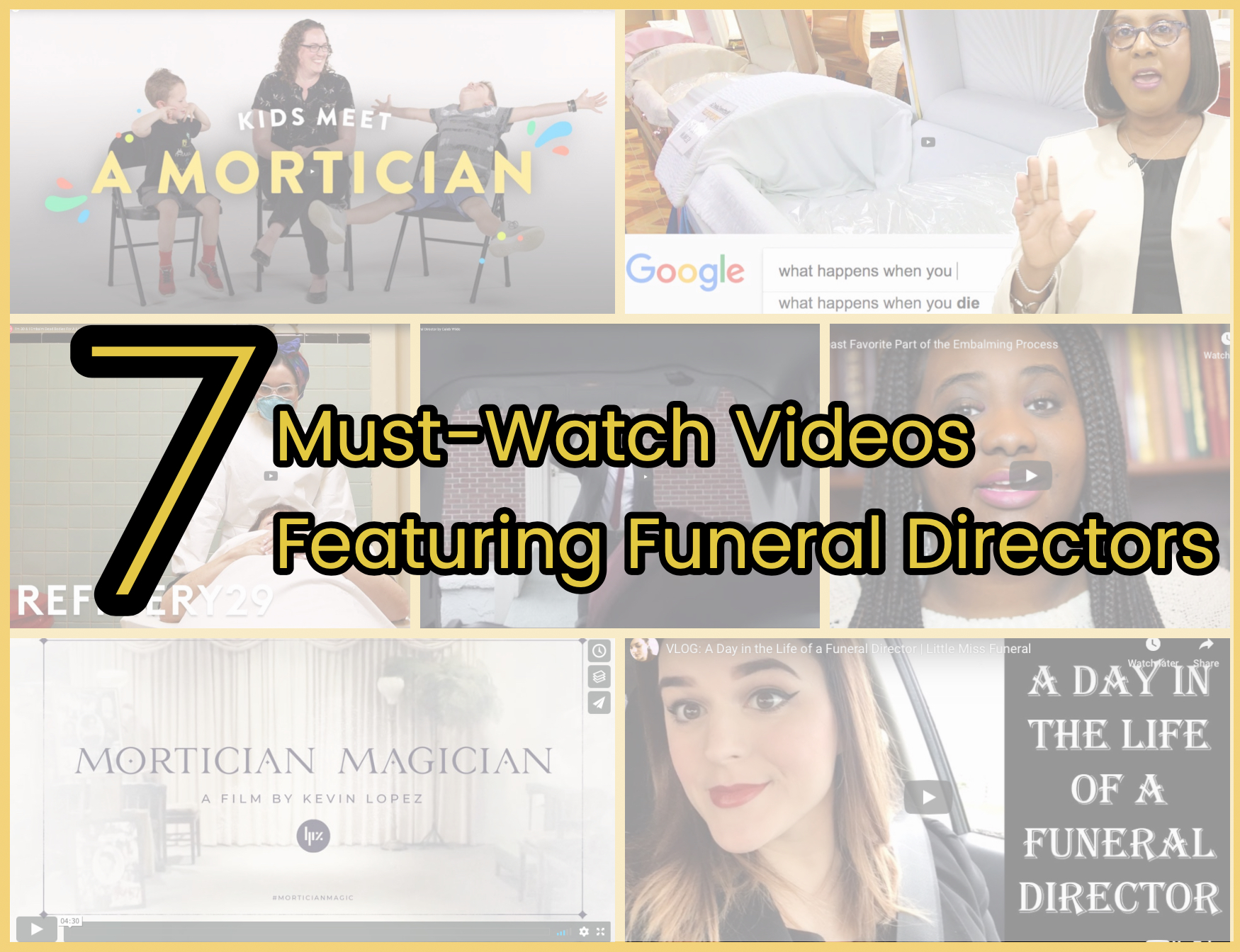 There is a special kind of power in being a funeral director. You are knowledgeable about subjects most people have a very limited understanding of, and this expertise can be used to illuminate the shadowy areas of public consciousness. Funeral professionals possess the authority to address a wide range of topics from a perspective no one else can offer. There is an inherent interest in this profession as many are curious about what goes on behind closed doors at funeral homes and equally curious about the men and women who work in death care.

Recently, several funeral directors have utilized the power of the internet and the ease of video recording to shed light on these issues. Others have been the subject of interviews and documentaries by insightful filmmakers who understand why this unexplored profession is a truly fascinating world to examine. Hollywood has been notoriously bad at authentically portraying funeral directors, so many are now acting as their own spokesperson. From answering frequently asked questions, to disproving misconceptions, to sharing first hand experiences, the funeral directors in these videos have captivated thousands of viewers. Their willingness to pull back the curtain and show the world the real people who work in funeral service has had a positive reverberation on the entire profession. 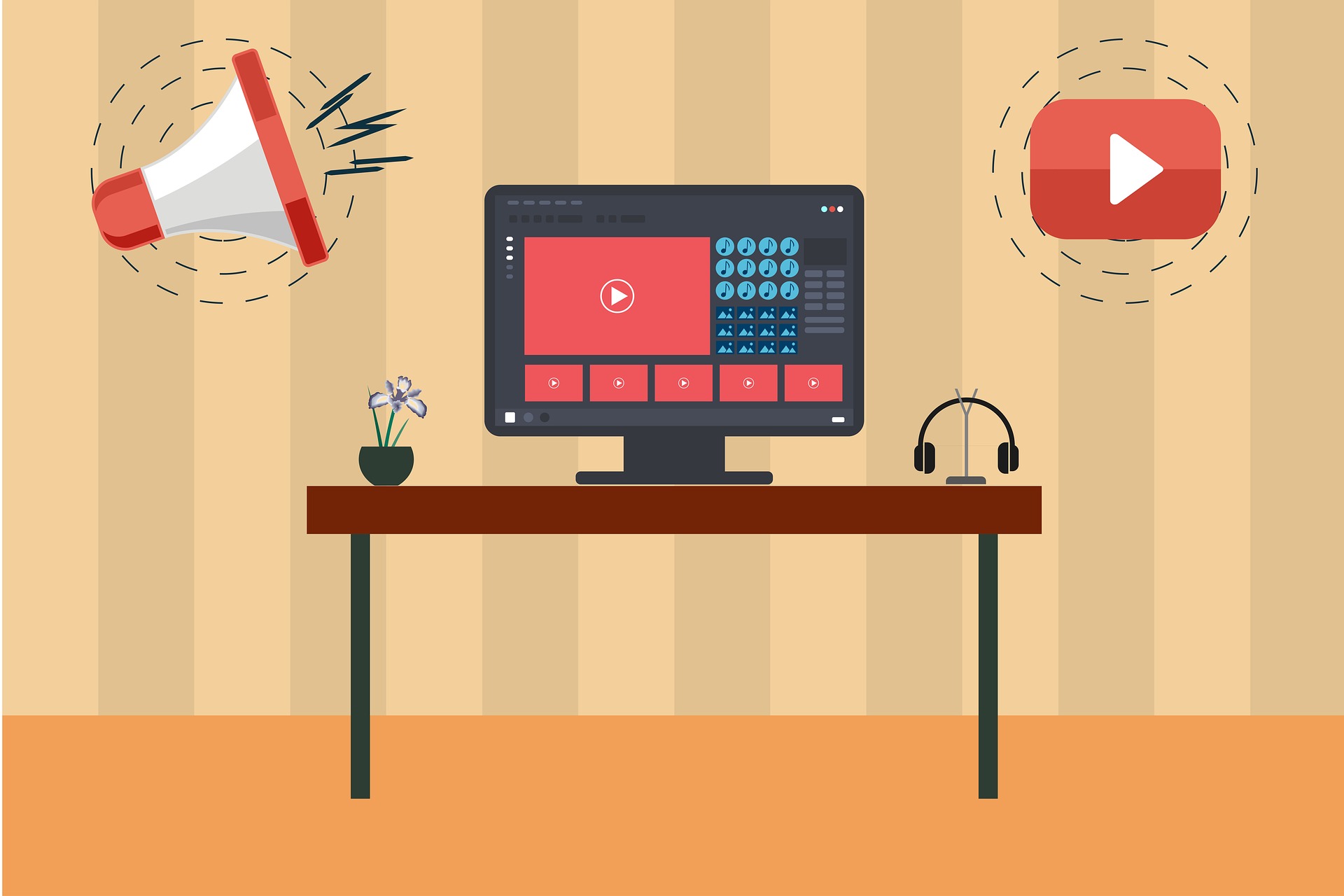 With over 7,000 subscribers and more than 80 videos, you might be surprised to learn that the Little Miss Funeral YouTube channel, was created less than two years ago. After graduating from mortuary school, funeral director, Lauren LeRoy, established an online audience through her thoughtful, profound and often humorous blog and Twitter handle under the same Little Miss Funeral moniker. In 2017, Lauren launched her YouTube channel which has grown increasingly popular. Subscribers tune in week after week to hear Lauren discuss matters such as home transfers, funeral home therapy dogs and viewing her first dead body. The video titled, “A Day in the Life of a Funeral Director” has been viewed more than 30,000 times, demonstrating just how massive the interest level is in the work of funeral directors.

The Little Miss Funeral YouTube page tackles some pretty delicate subjects and Lauren has a unique ability to explore these topics in a way that is respectful to the different opinions of others. Rather than taking a hard-and-fast stance, Lauren always looks at these issues from every angle and continually reminds her viewers that when it comes to death care, every perspective is valid. Lauren’s fresh outlook and candid delivery resonate with both funeral directors and those simply interested in the profession. In the video below, Lauren outlines what prospective funeral directors can expect if they decide to go to school to study mortuary science.

With more than 10,000 views on this video, it is obvious Lauren is helping the next generation of funeral directors prepare for their future career.

In this BuzzFeed produced video, funeral directors, Jean Daleus and Angela Gilmore Manning from Roy L. Gilmore Funeral Home in Jamaica, NY answer some common and not-so-common questions that have been Googled about death care. Inquiries about unclaimed bodies, the embalming process, and autopsy organ removal are answered by the funeral directors who do a wonderful job of thoughtfully and succinctly responding to each question.

There are two things we especially love about this video. Firstly, it is impressive how much information is contained within 5 minutes. It is edited in a very concise way that delivers a great deal of information in a short time span. Second, when we first saw this was a BuzzFeed video, we were a little concerned. In a lot of cases, the platform tends to value shock value over credible content. Over the years, we have seen quite a few funeral-related BuzzFeed articles that attempt to glorify the morbidity of funeral service work in a way most funeral directors would consider distasteful. This video is an exception. The frank, matter-of-fact way Jean and Angela answer every question is a testament to the respectfulness that funeral directors bring to their work.

Refinery29 produced this excellent profile video on Miranda Benge Robinson, the youngest funeral director and embalmer at Milward Funeral Directors in Lexington, KY. The video is a beautiful combination of insightful reflections from Miranda blended with gorgeously framed shots of her day-to-day work. As Miranda walks viewers through the funeral home and down into the embalming room, the inspiring reverence she has for both the deceased and the families she serves becomes more and more apparent. Miranda’s positive outlook becomes even more moving as the video goes on and she discusses the strength and peace that working with the dead has given her.

Miranda’s polished, retro look complements her trade as an embalmer; she demonstrates through both her trade and personal appearance the importance of presentation and style. In the video Miranda explains, “Embalming makes me feel like an artist more than a scientist. Yes, I know my anatomy. Yes, I know what these chemicals are doing. But it has everything to do with art after that…After I do cosmetics on a body and dress a body, I look at that body in the casket and think, ‘maybe this is what you look like in the afterlife.’ I hope that’s what families take away from what I do as well. That they can have that image of their loved one enjoying whatever is next.”

4. Confessions of a Funeral Director by Caleb Wilde

When we first created a social media page for ASD and searched for content to share, we found that there was only one real blog written by a funeral director. The Confessions of a Funeral Director blog, created by sixth-generation funeral director Caleb Wilde, was the first time a window was opened up in the world of funeral service. Every week, Caleb wrote about topics related to his work as a funeral director, the struggles he faced and the principals he has come to live by. He challenged his audience to engage in meaningful conversations about death and dying. Caleb’s prose was and still is truly fearless. He took a lot of heat from funeral directors that preferred the secrecy and mystery that shrouded the profession for so many years from public view. Yet, the vast majority of funeral directors have come to respect and appreciate what he has done for the death care community.

Today, Caleb’s following has expanded to reach other mediums including his popular and highly-praised book, Confessions of a Funeral Director: What the Business of Death Taught Me About Life, speaking engagements at funeral director conventions and TED Talks. Caleb also released this powerful video that combines passages from his book with footage of him working at his funeral home in Parkesburg, PA. His eloquent explanations of why death shouldn’t be hidden away will stick with you long after the video ends. You can visit the Confessions of a Funeral Director blog or order his book on Amazon (now available in paperback) to enjoy more of Caleb’s thought-provoking writing.

With more than 100 videos and over 1 million subscribers, the captivating HiHo Kids YouTube Channel features a delightful Kids Meet series that shows children sitting down and having conversations with people from all walks of life. Whether the person in the video has a disability, alternative lifestyle or an interesting career, the innocent curiosity of the kids is a reminder of how we should all approach something unfamiliar to us. They often ask questions that adults would be too afraid to ask, but are no less fascinated by, and their lack of preconceived notions prevents any type of judgement or condemnation.

In the Kids Meet a Mortician episode, we can’t decide who we love more – the adorable, hilarious and curious kids or the honest and straightforward funeral director. Nora Menkin of People’s Memorial Association in Seattle, WA shows how speaking frankly to kids without any confusing clichés or platitudes can make death and funerals a lot less frightening for kids to understand. Even questions related to decomposition, cremation and aquamation are fielded by Nora with candid responses that are spot-on and provide a wonderful model to follow for anyone who has struggled to talk to children about death. We especially love when Nora is asked how she comforts sad people and answers, “It’s one thing to recognize you can’t fix someone’s sad. It’s not your job to cheer them up. It’s your job to be supportive.”

Filmmaker, Kevin A. Lopez, directed this poignant short film which profiles Theodore J. Lee Jr of Lee’s Funeral Home in White Plains, NY. Lee is known to those in his area as the “Mortician Magician” in recognition of the sleight of hand tricks he has delighted audience members with for decades. Lee’s endearing personality is truly captivating, and his story demonstrates that funeral directors often have many passions in their lives. Of all of the videos on this list, Lopez’s film offers the most impressive cinematography. The shot framing, sound effects and lighting add another level of depth to the video. For example, when Lee tells the story of being afraid as a child of a dead body he saw in the basement of the funeral home, Lopez uses horror film techniques to paint a vivid picture of his subject’s fear. The outstanding camera work and editing add resonance to Lee’s storytelling, creating an enduring portrait of a man whose pure love of magic will leave you spellbound.

Funeral director Joe'l Simone Anthony is on a mission to demystify the funeral profession through her informative and enlightening YouTube video series. Joe’l goes by the moniker, The Grave Woman and uses her YouTube page to answer common questions people have about the funeral profession and talk about issues related to death care that are rarely discussed. Like her friend Little Miss Funeral, The Grave Woman isn’t afraid to express her thoughts on these sensitive topics, but she always reiterates the fact that every opinion is valid and there is no one way to be a funeral professional.

Her most-watched video titled, “My Least Favorite Part of the Embalming Process” has been viewed on YouTube more than 15,000 times. In it, Joe’l explains the steps morticians take when embalming a body, provides advice for prospective funeral directors and explains the difference between arterial and cavity embalming. Joe’l also talks about the complicated, and sometimes “irrational” emotions funeral directors experience when puncturing an organ while performing cavity embalming. The fact that 15,000 people tuned in to watch this video is evidence that this subject and those feelings are rarely explored. Tapping into the curiosities of her viewers, Joe’l has also recorded several videos where she answers death-related questions from comments left on her page. This is a wonderful way to bridge the divide between the public and the death care community while shedding light on topics that have been obscured for far too long.

What are some other must-videos that feature funeral directors? What are your favorite YouTube channels? Share with us in the comments below!