ASD Family Member Owner and Vice President Kevin Czachor was recently published in the May/June issue of the Funeral Business Advisor. Kevin's article, "Raising the Bar: How To Choose The Right Vendors for Your Funeral Home" will run as a 3-part series that helps funeral directors determine what criteria to use when selecting the companies they work with.

In Part One of this 3-part series, Kevin identifies how to fully evaluate a funeral home vendor’s experience, transparency and its reputation.
Part Two will provide information on how to compare the technical capabilities of different companies and discuss the benefits of making a personal connection with a vendor.
Part Three will examine some final considerations that should be made before entering into a long-term contract and discuss how to monitor the vendor’s service after you become a customer.

Click here to read Part One of Kevin's series, and be sure to pick up The Funeral Business Advisor in the coming month's to read Parts 2 and 3.

This June, ASD Is Coming To A City Near You

ASD will be in 7 different cities and in every corner of the country as we travel to funeral home state conventions in Arizona, Texas, Pennsylvania, Wisconsin, Vermont/New Hampshire, Virginia and California! After every convention, ASD team members return with a better perspective on the challenges facing funeral directors today and ideas for how to improve your experience with our service. It has been incredibly rewarding for us to meet and get to know our clients face-to-face and collect so much feedback to share with our staff. We hope to see you in the coming months! Be sure to check our blog and facebook page for updates on ASD's convention schedule and booth numbers. 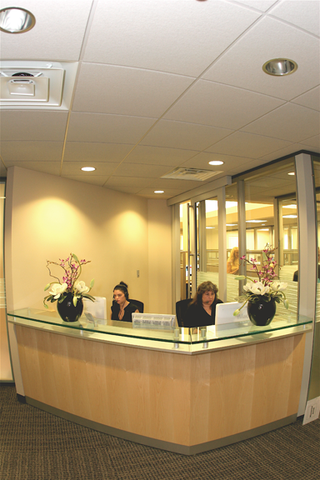 ASD is celebrating our 40th Anniversary this month! To commemorate this milestone, we updated the ASD logo to reflect our company's growth and evolution over the years. The new logo, which will most commonly be presented with photos of ASD employees, marks the official retirement of the ASD waiter who served the company well since the 1970s when he was designed by the first generation of the Czachor family.

When Martin Czachor and Barbara Czachor began helping funeral homes with their phones in 1972, they never dreamed their company would grow to become the leading funeral-exclusive answering service in the country. At the time, ASD - Answering Service for Directors was just a small business with a handful of employees and local clients. During these crucial early stages, ASD's owners recognized a void in the market for an answering service that catered to the specific needs of funeral professionals.

Remarkable Story of the Week

We realize how tiresome the beginning of the work week can be, so we wanted to offer you a weekly dose of inspiration. These stories remind of us of the power of human perseverance and determination. If you know of an incredible story, article or video you think we should share on our blog, leave a comment or contact our Staff Writer at jess.fowler@myasd.com. Thank you to Francis P. Devine Funeral Home for sharing this story.

Solemn Farewell to Veterans Left Behind

(Story and photo courtesy of the PlainviewPatch newspaper)

Long Island funeral directors kept two promises Saturday: One they made to the families of the dead to care for the remains of their loved ones.

The second was the government's: A promise to provide all veterans with a funeral will full military honors.

Both were accomplished Saturday at Long Island National Cemetery in Farmingdale, where a broad coalition of funeral directors and veterans groups provided a solemn service of prayer, music and military ceremony for 60 veterans whose cremated remains were never retrieved.

Several of the servicemen had served in World War I. One even served in the Spanish-American War, his earthly remains rested on a shelf for half a century until Saturday, guarded by a funeral home that could have simply disposed of him long ago.

The Nassau-Suffolk Funeral Directors Association, working with numerous local and national veterans groups, decided the remains in their care needed a proper military burial. More than a year in the making, the group chose Armed Forces Day for the ceremony, attended by about 300 people Saturday.

"We realize it is a shame that these veterans were left behind," said Suffolk County Executive Steve Bellone. "But we are a nation that does not forget, that after all these years these veterans deserve a proper funeral. It makes me proud to live in our country."

The cremains, stored in many cases for decades at 14 separate Long Island funeral homes, were escorted in hearses to the sprawling national cemetery. Pallbearers -- some were veterans, others were Boy Scouts -- carried the cremains from each hearse to a long table as servicemen and bystanders snapped salutes and covered their hearts.