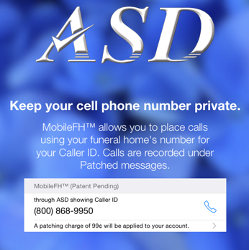 ASD recently unveiled a new version of our NFDA award-winning mobile app, ASD Mobile 3. One of the greatest benefits added to the enhanced app is our patented MobileFH® feature. This solution was created by ASD after multiple clients explained the problems caued by using their personal cell phones for business. 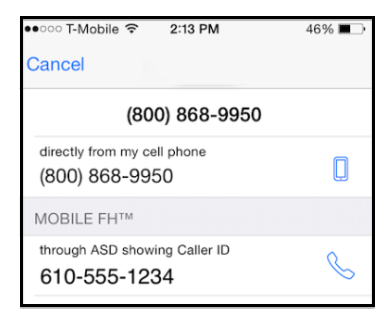 Funeral directors often return calls to families in need and other business contacts from their cell phones. As a result, they are often contacted on their cell phones during times when others may be on-call or even while on their vacation. Aside from being inconvenient, this problem can result in a lost business opportunity if a family calls a personal number instead of the funeral home number and does not receive an answer.

MobileFH® provides a new solution to this problem. Simply tap on any number within ASD Mobile, tap on the funeral home number and the call will be connected displaying the funeral home’s number as the outgoing Caller ID. This is achieved by connecting the call through ASD’s system.

“We really like this feature. For us, it is useful when we’re on-call on the weekends and we’re calling someone back and don’t necessarily want them to have our cell phone because then they just use your cell phone all the time,” says Funeral Director, Meghan Owens of Scanlan Funeral Home in Pompton Plains, NJ. “We like that when we call them back, it shows up like we’re calling the funeral home so they never have our mobile numbers.” 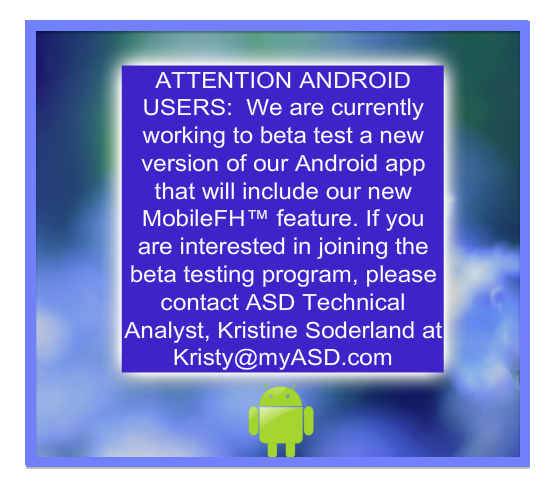 The release of MobileFH® coincided perfectly with our new ability to record patched calls. Now, calls that are connected via MobileFH® are also recorded, allowing you to review your after-hour calls for any important details you may have missed. Owners and Managers will also appreciate the ability to evaluate the on-call staff’s communication and customer service skills.

“Previously, on-call funeral directors had few choices when it came to returning calls. Fortunately, MobileFH® provides much needed freedom while allowing them to still use their personal cell phone,” says ASD Vice President, Kevin Czachor. “By recording these calls, as well as all calls that are directly patched to the funeral home staff, directors will have a detailed backup of their conversations with families.”

Since introducing ASD Mobile 3 during the 2014 NFDA Convention, more than 1,000 funeral directors have utilized MobileFH®. We expect these statistics to continue increasing as more clients discover the benefits of this powerful feature.

To learn more about the new features available with ASD Mobile 3, click here.