As we look back at our 40th Anniversary year, it is hard to believe that so much has changed! From redesigning our logo to winning the NFDA Innovation Award, this year has certainly been eventful for ASD. Here is a timeline of the milestones that made 2012 one of the most significant years in ASD's 40 year history:

By the first of the year, our iPhone app ASD Mobile, which was introduced on December 15th, had received over 1,000 downloads. There are now more than 3,000 iPhone users and over 1,000 Android users of our mobile app. 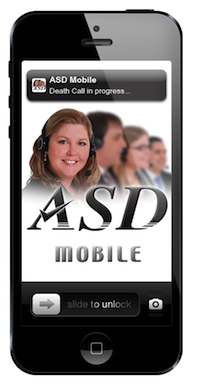 More than 26 funeral professionals from Pennsylvania and Maryland visited ASD on January 19th to attend one or both of the 3 hour classes that were held in our conference room. This was a wonderful opportunity for funeral professionals to earn credits in a convenient setting and offered us a chance to meet many of our clients and show them a tour our facility. We plan to offer more CE classes later this year. 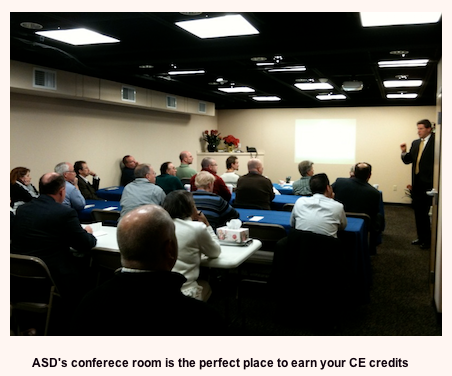 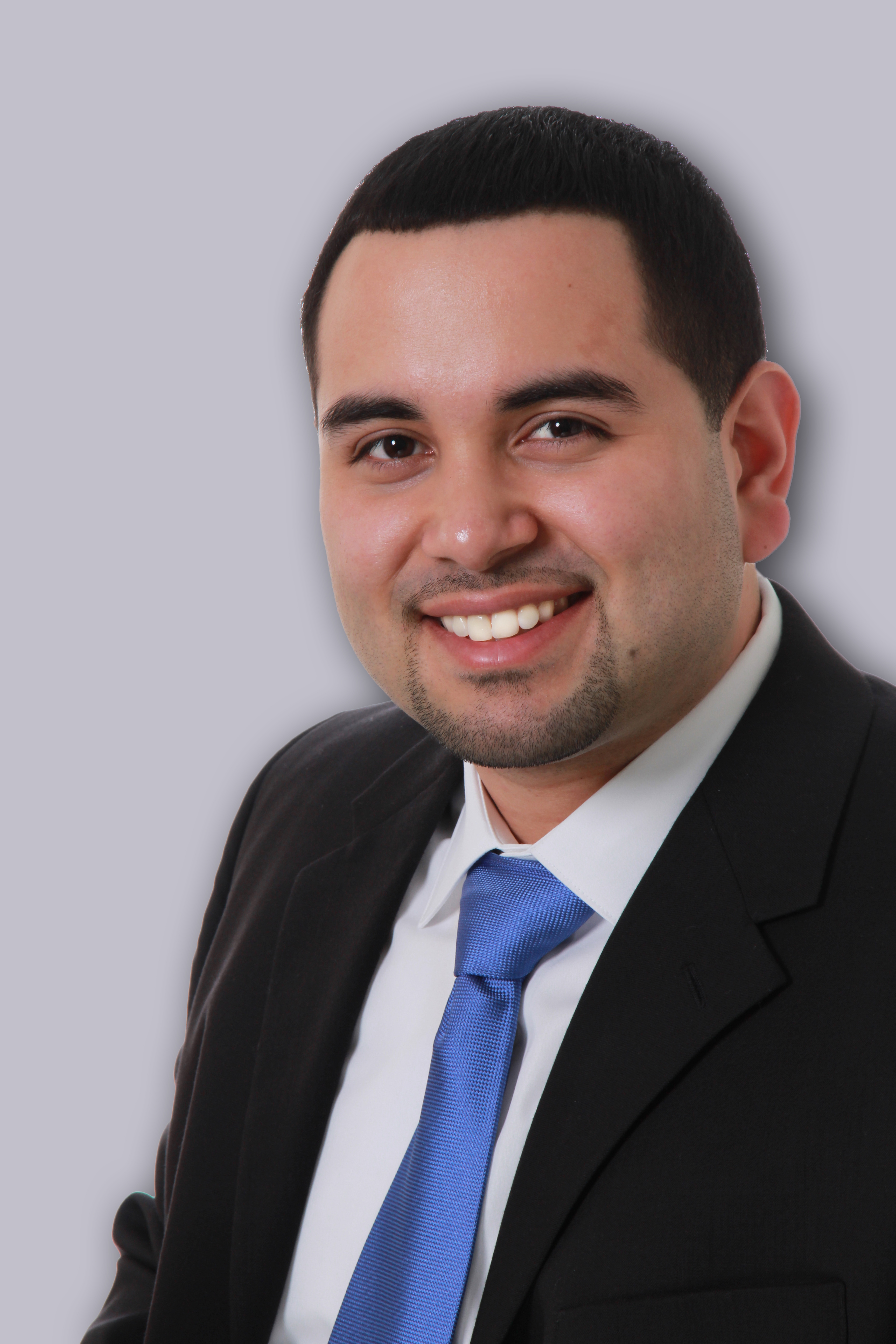 The Director Magazine published the article, Serving Funeral Directors and Families in their March 2012 issue. The article provided a behind-the-scenes perspective from an ASD's Call Specialist.

ASD updated ASD Mobile with Push Notification technology, allowing for the bidirectional exchange of information. Funeral Directors can how receive and respond to messages via push notification and control how and when they are notified through the app. 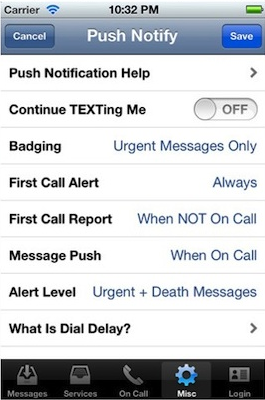 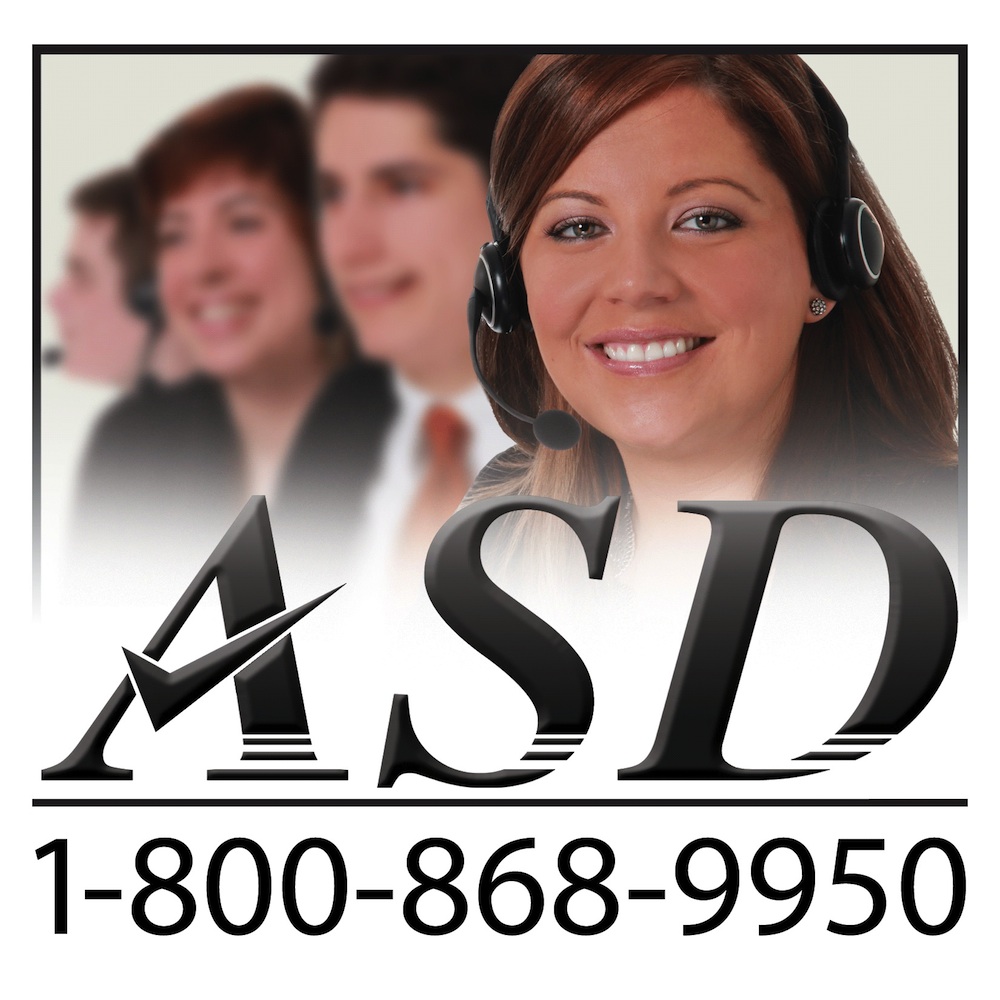 ASD celebrated its 40th Anniversary in May 2012! When Martin Czachor and Barbara Czachor began helping funeral homes with their phones in 1972, they never dreamed their company would one day grow to become the leading funeral home exclusive answering service in the country. Click here to learn more about ASD's 40-year history.

ASD joined the Adopt-a-Hero program which helps individuals and businesses connect with military personnel serving overseas. On May 10th, ASD sent the first round of gifts and supplies to four soldiers serving in Afghanistan. 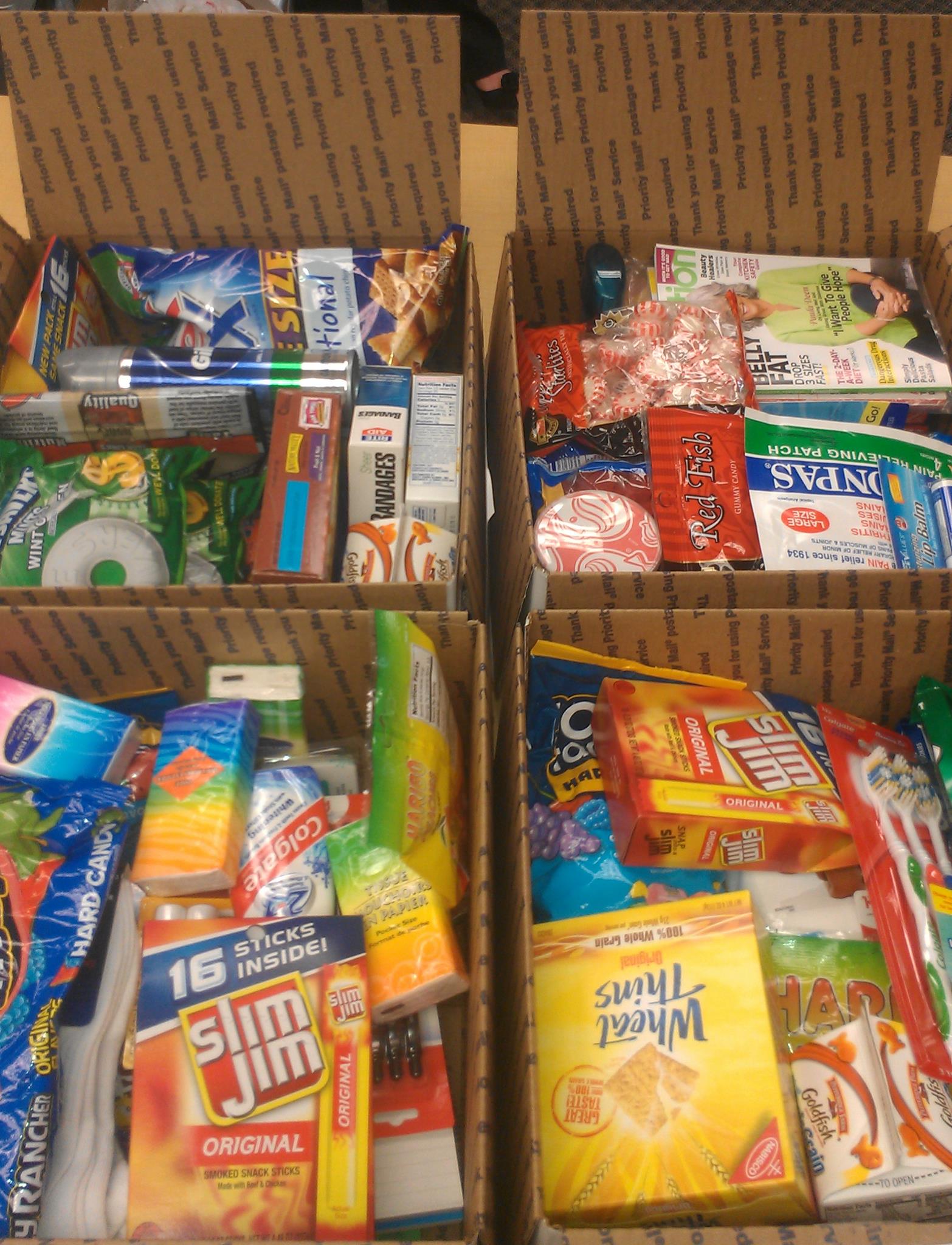 The Funeral Business Advisor began publishing a series by ASD Vice President and Family-Member Owner in their May/June issue. The 3-part series, Raising the Bar: How to Choose the Right Vendor For Your Funeral Home, can also be read on our blog.

ASD received notification from the NFDA that ASD Mobile, our revolutionary Smartphone app, was selected as a finalist for the 2012 NFDA Innovation Award which recognizes creativity and innovation among funeral service vendors.

ASD began beta testing our Android app in the middle of the summer. More than 100 funeral directors requested access to the first version. These funeral directors were instrumental to ASD developing the app and provided helpful feedback and suggestions which allowed us to enhance the official version.

For many years, we have wanted to show funeral professionals the technology and infrastructure in place here at ASD. Thaks to Frank Clark and the Google Trusted Photo MD Team, ASD now has a high-definition Virtual Tour of our facility. The tour can be found on our Google page or on our blog. 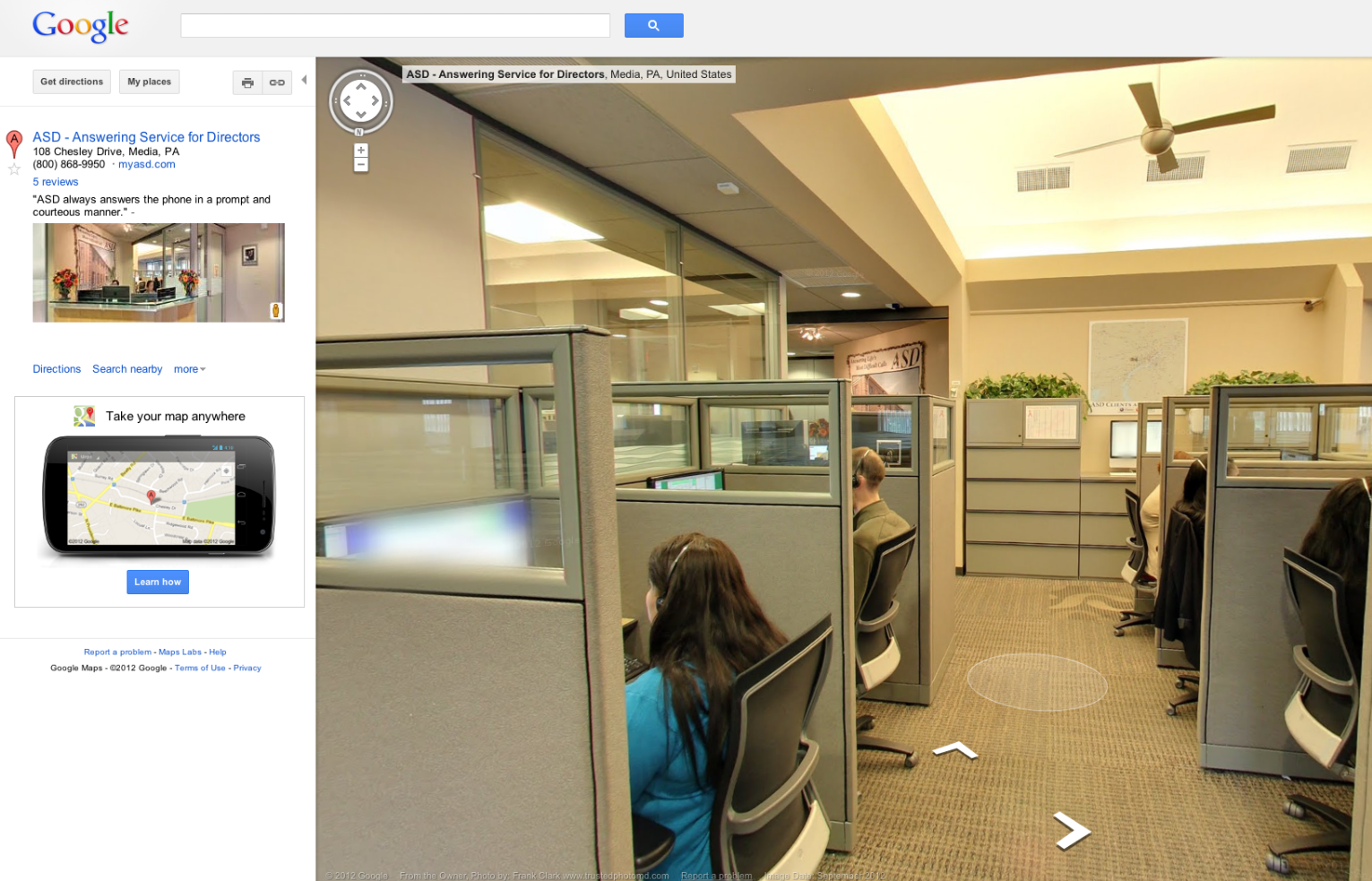 ASD won the 2012 NFDA Innovation Award at the Opening General Session of the NFDA convention. ASD Vice President and Owner accepted the award on ASD's behalf. 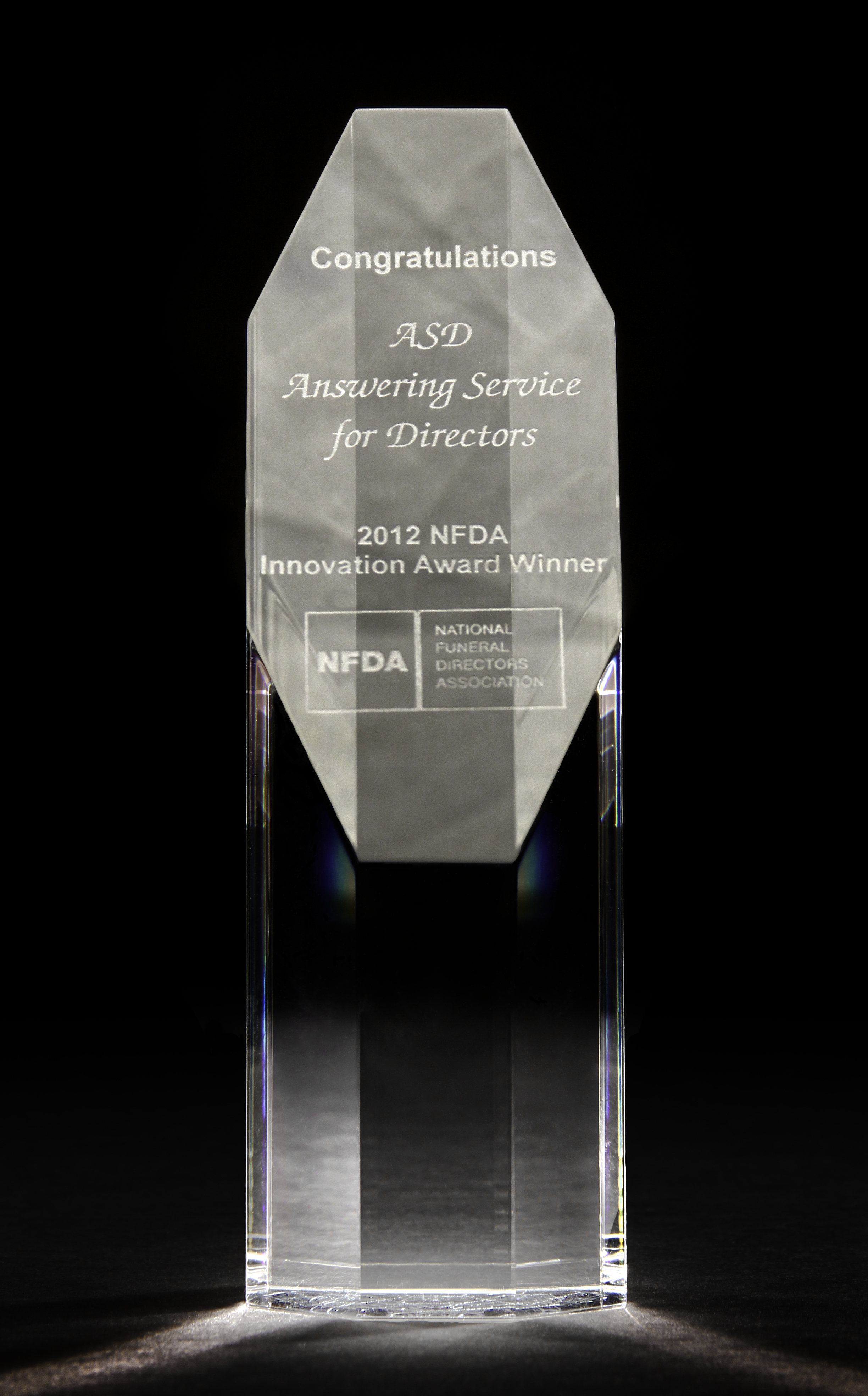 More than 40 employees camped out overnight to ensure funeral homes are protected during Hurricane Sandy. ASD's owner stocked up on food and supplies for their employees, many of whom required a safe shelter from the storm. In the coming days, ASD employees donated more than 7 boxes of supplies to funeral homes and friends who were affected by the storm. 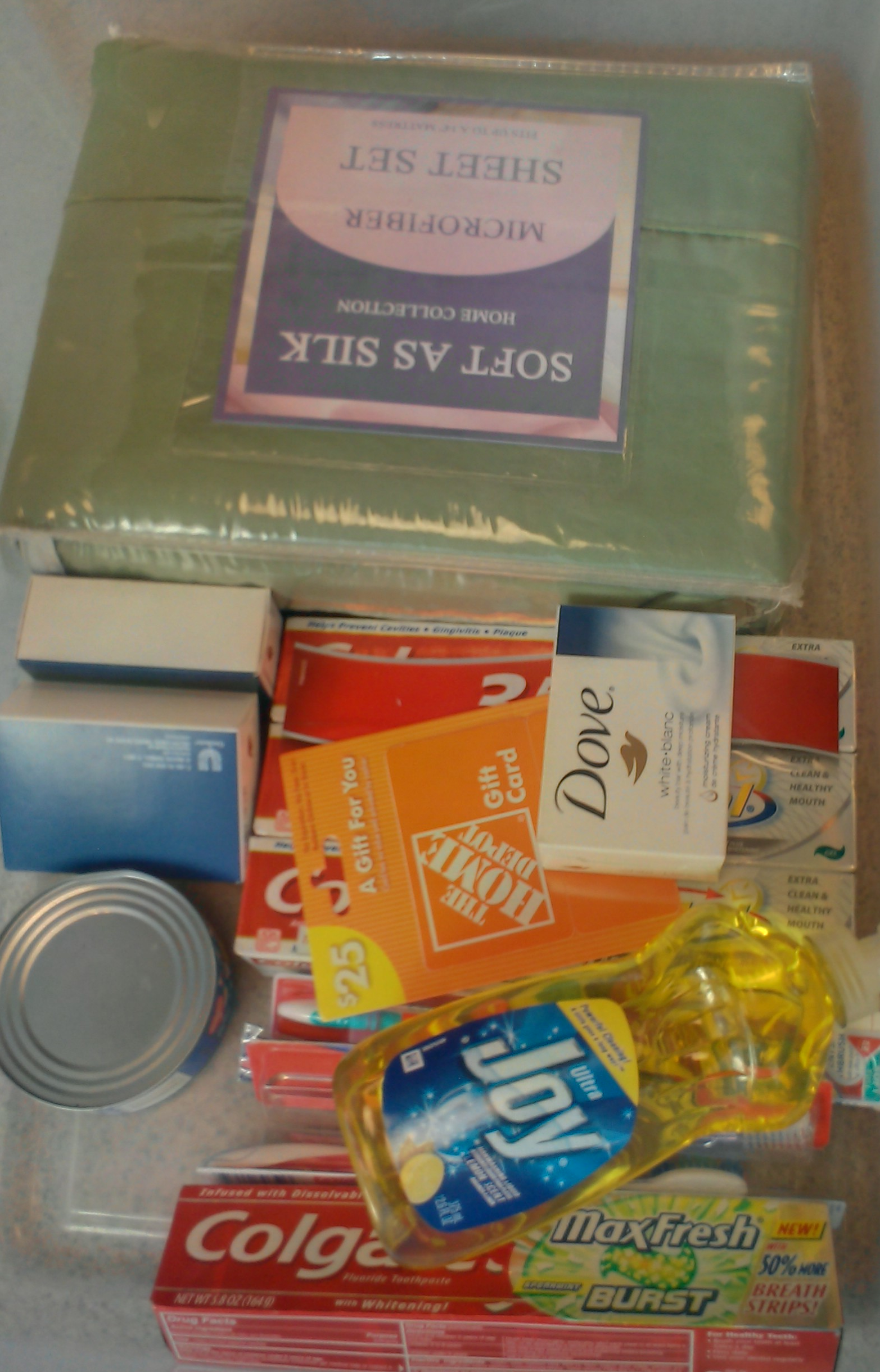 ASD released ASD Mobile for Android last November. The app was downloaded more than 1,000 times in less than one week. After a few days, ASD released another version of ASD Mobile with 4 new exciting features based on the incredible feedback received from funeral directors.

ASD's Bilingual Call Specialist Annette answered a call for E. Alvin Small Funeral Home from a woman who was calling from Italy. After translating the call for the funeral director, ASD learned the caller was the funeral director's biological mother who had been searching for him for decades! Click here to read more about this inspiring story.

On Christmas Day, ASD answered 84% of all calls by the 1st ring and more than 97% by the 4th ring. We are happy to be here to protect your calls so you can enjoy the holidays with your family! This year, the ASD team got into the spirit by donning ugly Christmas sweaters and vests. Click here to see all of the crazy getups and leave a comment for your favorite!